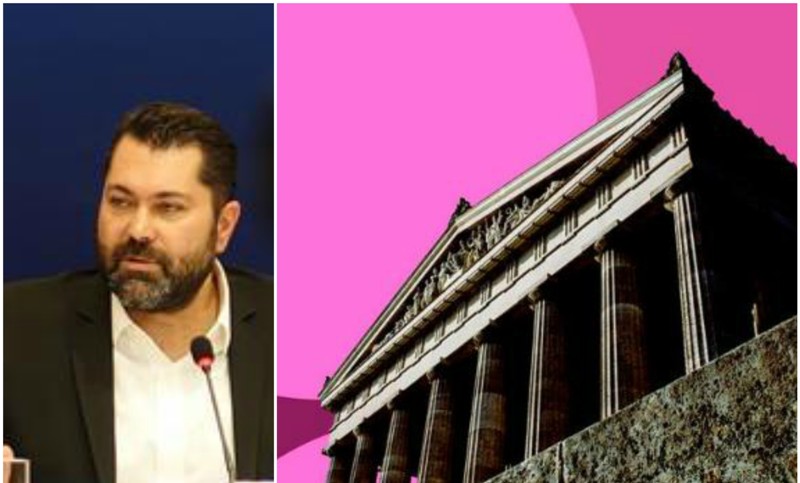 The General Secretariat for Media and Communication of the Ministry of Digital Policy, Telecommunications and Media is actively committed to the development of Greek audiovisual production with a focus on animation and video games. As the Athens Games Festival - the first international game and business conference (28-29 October 2017) in Greece ever organized by the Greek state - was successful, new initiatives and actions are now under way to boost the community of gamers in Greece.

During a press conference, General Secretary for Media and Communication, Lefteris Kretsos, elaborated on the initiatives and the actions undertaken by the General Secretariat for Media and Communication (GSMC) concerning the promotion of the Greek Video Games and Animation community. Representatives of the Greek Gaming and Animation industry were at the Press Conference, showing that Greek gaming and animation is alive and kicking.

A Memorandum of Cooperation between the GSMC and the General Secretariat for Lifelong Learning was signed on Wednesday 24 January 2018, focusing on the collaboration of the two institutions for the further development of the digital and audiovisual production sector in Greece. The first joint action is the implementation of two educational programs in Athens, Thessaloniki and Syros. The first training program is in video game development and the second in the art of animation. These free programs will start in the near future.

Support of the 1st International Summer School on Artificial Intelligence and Games 28 May - 1 June 2018, Chania

Given the importance of the introduction of know-how and experience, the First International Summer School for Artificial Intelligence and Video Games in Chania will offer a good opportunity for training by prominent academics and professionals. George Giannakakis, Director of the Institute of Digital Games in Malta, Julian Togelius, professor at the New York University Tandon School of Engineering in collaboration with professionals from UBISOF, DeepMind (a company specializing in artificial intelligence research in London), Yokozuna Data (a company that has developed a predictive game data analytic software based in Tokyo) will work on research and analysis in games, procedural programming, player modeling, etc. The General Secretariat for Media and Communication will participate as a communication partner in this endeavor. Lefteris Kretsos added that 3 scholarships for Indie developers are available (more information can be found on the summer school site).

For the third consecutive year, the General Secretariat jointly organized the Global Game Jam Athens together with Gifted Hellas. This year, the 6th event in Athens was even more dynamic, since ViRA joined the organizing committee, as well as the Onassis Foundation as a media partner.

As Lefteris Kretsos emphasized, experience has proved that Greek Game Developers’ and cartoonists’ participation in exhibitions and business conferences abroad is very important, because these events offer Greek professionals the opportunity to present their work to an international audience and network with stakeholders and colleagues. At the same time these events offer opportunities for the promotion of Greece and its domestic market. Continuing last year’s efforts, the scheduled business trips for 2018 are as follows: 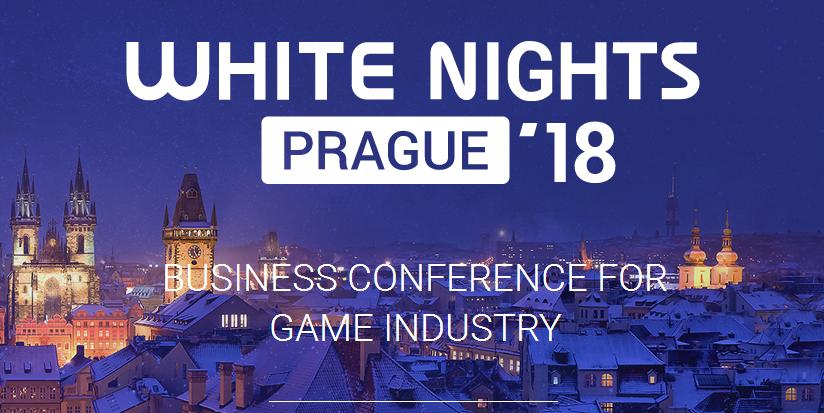 This is the second time that White Nights is organizing a business conference in Europe, specifically in Prague, and the second time that a Greek mission will participate. At the White Nights Prague conference, over 40 countries and companies such as Rovio, Playstation, Ubisoft, Valve, Vider, Youtube, Unity and others will be there. By the end of January, those who are interested can sign up.

For the second time, there will be a Greek mission at the 18th Nordic Game in Malmö, Sweden. Six teams will have the opportunity to showcase their work at one of the biggest game developers' competitions in Europe, the finals of the Nordic Game Discovery Contest, a competition for the best newcomer game in Europe. The Greek team, Happyland Ent., which was selected in the quarter-finals that took place in Athens in October, during the first Athens Games Festival, will be among the finalists with the “Prometheus” Game. The application process for participation in the Greek mission in Malmö will start in mid-February. 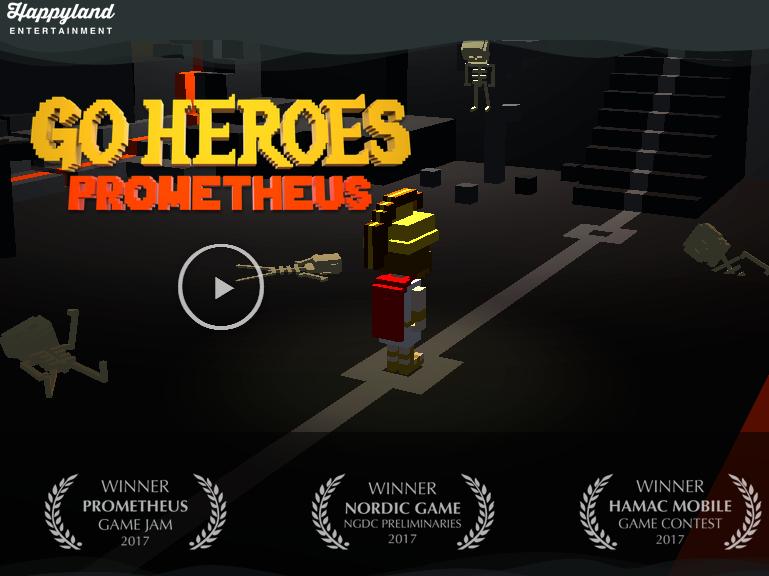 The Greek animated film will also travel for the second time to France, in particular to Annecy, the biggest animation festival. In cooperation with ASIFA HELLAS, the project #GreekAnimationRocks will participate at the Annecy International Animated Film Festival and Market. This is an international event that annually brings together over 10,000 professionals. Last year there were two Greek entries in the competition (ANIGMA by A. Dousia and A. Fatourou, and ETHNOPHOBIA by G. Zioga), this year we hope to have even more dynamic representation. 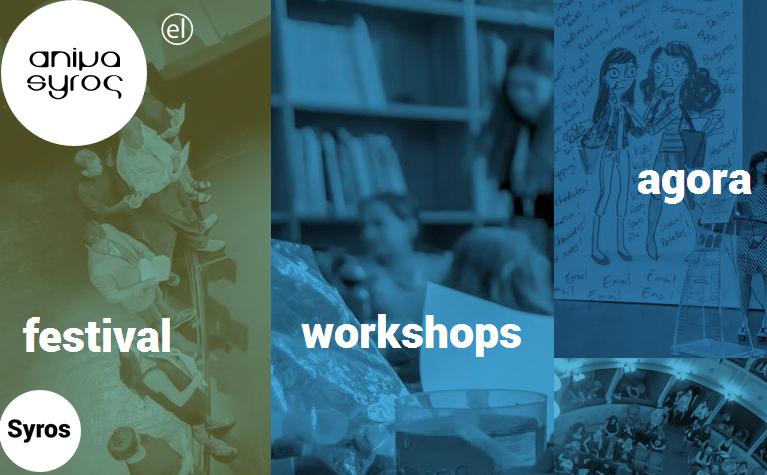 The General Secretariat for Media and Communication is in contact with the Animasyros + Agora International Festival that takes place every year on the island of Syros, in order to co-organize a B2B event that will host official bodies, Greek and foreign producers, mainly from the Balkan countries (that have a great tradition in animation), animation distributors and film centers. The event aims to support Greek animators and networking with foreign partners.

For the first time, Greek video gaming will be represented at the Greek pavilion of the World Mobile Congress. Three Greek companies, Happyland Ent., Traptics and Gemcraft Games, winners of the Hamac Mobile Games Contest, which took place at the Athens Games Festival 17, will participate in the Greek mission.

The GSMC will cooperate with Cyprus Comic Con, one of the largest events in Cyprus, seated in Nicosia and dedicated to pop culture. Cyprus Comic Con 2019 will host a Greek kiosk with Greek Video Game Developers, and its collaboration with the GSMC will be inaugurated in the framework of the second Athens Games Festival 18. 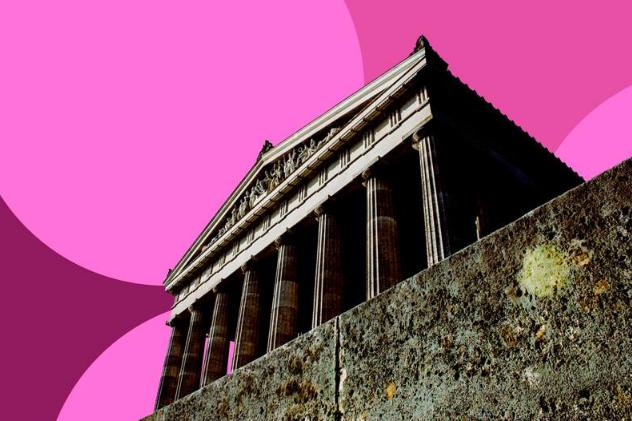 On October 28-29, 2017, at the Helexpo showroom, the General Secretariat successfully organized Athens Games Festival, the first business conference on video games in Greece. Big companies such as Google, Facebook, Amazon, Unity, King, Wargaming visited Athens, met the Greek game developers’ community, advised them on their products, and took part in networking activities. The Athens Games Festival took place in an area of 3.500 sqm, with 60 kiosks, meeting rooms, game arena, with original 2D projects and musical compositions by Greek artists, and an exhibition devoted to retro consoles and arcade games. Athens Games Festival 18 will be held mid-September and will include an open forum with investors and B2B meetings. Like last year, the General Secretariat will cooperate with White Nights and the Nordic Game. “We expect the second festival to be even bigger and even more successful, expanding its range of games and workshops for children and adults” Kretsos concluded.

Read also via Greek News Agenda: Lefteris Kretsos on bringing Greece on the global map of the Game and Film Making Industry