Minister of Economy Dimitri Papadimitriou: Greece's return to growth clearly shows that the country has turned the page 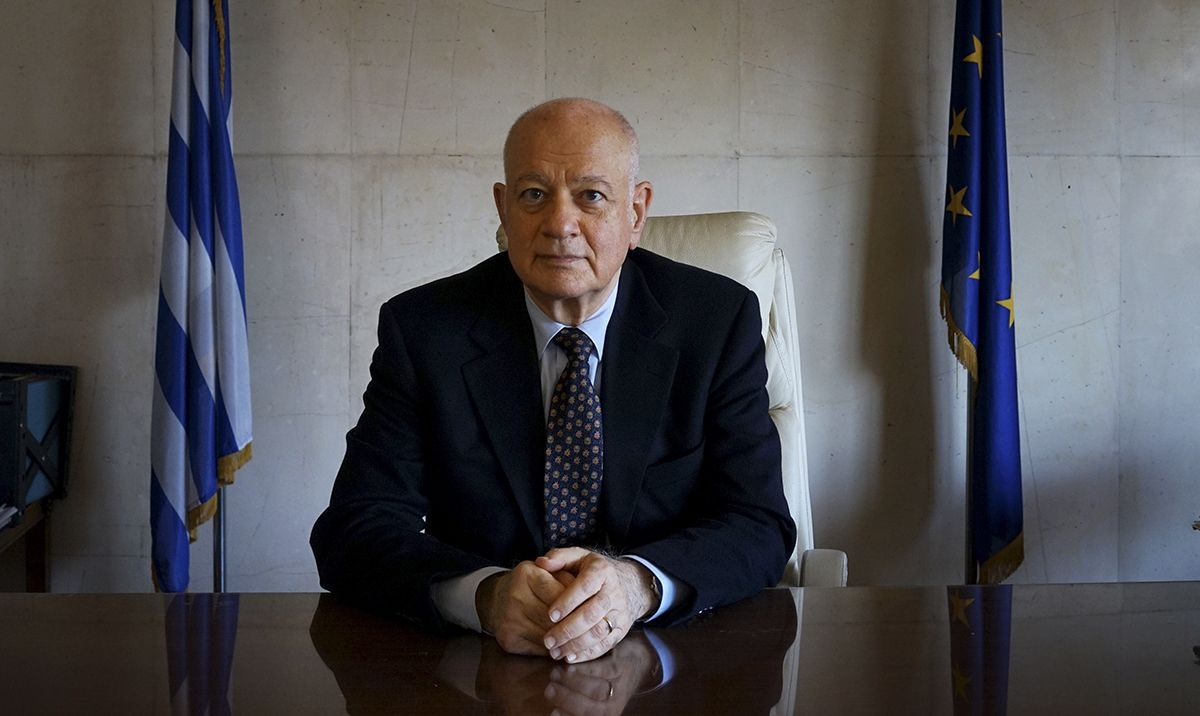 Dimitri B. Papadimitriou is the Minister of Economy and Development of Greece. He was also President of the Levy Economics Institute of Bard College since its inception in 1986 and Executive Vice President and Jerome Levy Professor of Economics at Bard College since 1977. Minister Papadimitriou gave an interview to Pavlos Kapantais for French weekly news magazine L' Obs (27.01.2018, "Greece: Beyond numbers, people have been hit hard by the recession"), where he posits that 2017 was a turning point for Greece, as evidenced by the country's return to growth -after eight years of recession, recovering exports the declining unemployment. Furthermore, he is confident that Greece will regain its financial autonomy by August 2018, and that there will be a significant debt restructuring in the future, now that more and more voices in the EU are saying that the Greek debt issue needs to be solved*.

It has been three years since the radical left SYRIZA party came to power. For the last year and half, you have been a member of the Tsipras administration, which has implemented the difficult reforms imposed by the European bailout programs. The year 2017 is marked by a return to growth. Is this sustainable?

After eight years of recession, return to growth -with four consecutive quarters characterized by increased activity- clearly shows that the country has finally turned the page. This is also confirmed by the significant increase in exports and foreign direct investments. The latter also skyrocketed in 2017, rising by 69% during the first nine months of the year. For the most part, this happened thanks to the privatizations program.

Let’s make it clear: We cannot celebrate just yet. Beyond the numbers, there are people who for eight years have been fully exposed to the recession and suffered enormously from this vertiginous GDP decline. The year 2017 is a very important year, but not everything has been resolved. Unemployment, although declining, remains at 20%. Undoubtedly, society continues to suffer. Regarding growth, it is definitely anemic, but it is a beginning: we know that in the first nine months of the year, exports grew by 8.2%, driven by agro-food products and aluminum. We also know that the country, thanks to its tourism industry, welcomes more visitors every year and that unemployment, even while remaining a huge problem, has declined by 7% since 2015. The year 2018 will be even better.

The current European bailout program ends by August 2018. In June 2017 you successfully issued a bond. Is the country ready to regain its financial autonomy?

Our return to the markets was a success. Our interest rate was the lowest since 2006. Greece no longer needs a new upgrade from rating agencies in order to fully finance itself in the markets. This will happen before the end of the current program in August 2018, I can guarantee you that.

So Greece will not need a fourth bailout program?

For exactly five years Greece has been achieving –as required by the lenders- a primary budget surplus, that is to say, a surplus prior to the payment of interests on debt. However, the debt is still there. Do not you fear it will sink the real economy?

Given Greece’s return to growth, there will be no problem in continuing to respect the surplus targets set by our lenders until 2022. From then on, I expect to see a significant debt restructuring. Whatever form it will finally take, I have to tell you that I am optimistic on this issue.

We have talking about the debt issue since November 2012 and yet nothing has happened...

The sentiment within the EU is changing. In France, Italy, the Netherlands or even in Germany, there are more and more voices saying that the Greek debt issue needs to be solved. This good will of European leaders, coupled with pressure from the IMF, should lead to a solution that will be beneficial to our country. And this will attract even more investors.

Upon leaving the Eurogroup presidency, the Dutch minister of Finance Jeroen Dijsselbloem made enthusiastic comments about Alexis Tsipras. Is this a true sign of trust or is it political maneuver to justify the decisions taken by Europe since 2010 - especially the loans given to Greece?

It is a combination of all these factors. But above all, it is true that our government has done what it promised to. It has implemented reforms that no other Greek government dared to until today (mainly in regards to stricter legislation on strike rights – editor’s note). This was greatly appreciated by European leaders. It is logical, therefore, that the former Eurogroup President expresses his satisfaction with our Government. Wolfgang Schäuble did the same before leaving his post as a German Finance Minister.

These reforms by the Tsipras administration have had enormous political costs. For more than a year, the polls show SYRIZA lagging behind the right-wing New Democracy party. Does this worry you?

We should always be cautious when it comes to opinion polls. The elections will take place in September 2019. Until then, the country's economic situation will be much better and this will confirm to the people the difficult decisions we had to take.

You mentioned Wolfgang Schäuble’s departure; this is a person who is considered -to say the least- controversial in Greece. What was his role in the Greek crisis?

Since 2010, when I was a mere observer of the whole situation, I was very critical of the management of the Greek crisis in general, and of the role played by Wolfgang Schäuble in particular. He used means of pressure that largely destabilized the markets, which it turn, aggravated the crisis. You could say that it has him who invented the term "Grexit"! In addition, by repeating it, he increased the difficulties of the Greek governments, which were obliged to accept things (in terms of fiscal austerity – editor’s note) that were not necessary and should not have been accepted.