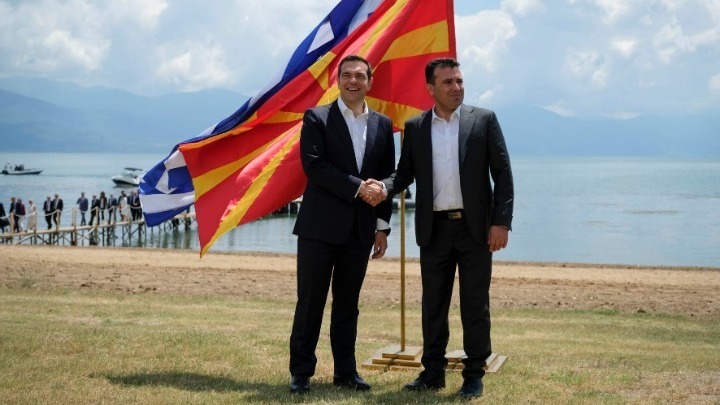 The Greek Parliament ratified the Prespes Agreement with 153 votes (from a total of 300) this Friday 25.01, in a landmark vote that will see the Former Yugoslav Republic of Macedonia renamed North Macedonia and open the country’s path to EU and NATO membership. After the Greek parliament's ratification, there remain some steps for the deal to come into effect, such as Greece signing its northern neighbor's NATO accession protocol.

"Today is a historic day. Greece is protecting an important part of its history, the heritage of ancient Greek Macedonia," stated Prime Minister Alexis Tsipras after the ratification of the Prespes Agreement by the Greek parliament on Friday. In a statement on his personal Twitter and Facebook accounts, the Greek prime minister said: "Today we write a new page for the Balkans. The hatred of nationalisms, conflicts and arguments give their place to friendship, peace and cooperation," underlined Tsipras, noting that "the next generations in both countries will owe a debt of gratitude to the deputies who, with courage and daring, laid the foundations for a future of peace, solidarity and harmonious co-existence between the two peoples."

The neighbouring country's Prime Minister Zoran Zaev said in a statement to the Athens-Macedonian News Agency (ANA) on Sunday: "The citizens of our country and of our friend Greece can be proud today. They are the generation that put an end to an episode of the unresolved peace in the Balkans. It is with both pride and gratitude that I congratulate my friend, prime minister Alexis Tsipras, for the victorious vote in the Parliament for the Prespa Agreement. My gratitude extends to the parliaments of both countries. To all those courageous women and men who choose together to give their vote to the winning future,a vote that will put an end to the fears that were presented as insurmountable. We resolved a dispute that was presented as unsolvable. ”

The ratification was welcomed by both the EU and NATO. European Commission President Jean-Claude Juncker, said it “took political courage, leadership and responsibility on all sides to resolve one of the most entrenched disputes in the region.”, while NATO Secretary-General Jens Stoltenberg tweeted that Friday's vote was "an important contribution to the stability and prosperity of the whole region," adding "I look forward to the future Republic of North Macedonia joining NATO."

The implementation of the Prespes Agreement will "open new opportunities for both sides", leader of Socialists and Democrats group in the European Parliament Udo Bullmann said on Saturday, in an interview with the Athens-Macedonian News Agency (ANA). Bullmann said that the vast majority of the Socialists and Democrats supported the Prespes agreement from the beginning, and added that its implementation is "an outstanding achievement". 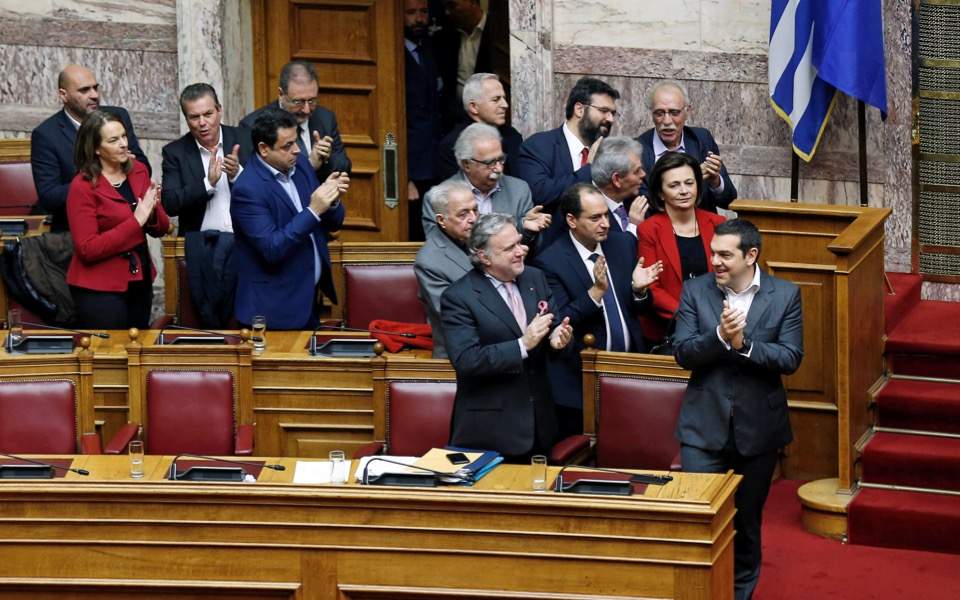 Greek Prime Minister Alexis Tsipras and North Macedonia Prime Minister Zoran Zaev have been nominated for the 2019 Nobel Peace Prize by the leader of the EU parliament Socialists and Democrats group Udo Bullmann (S&D), Ska Keller of the Greens/European Free Alliance (EFA), and Gabbi Zimmer of the European United Left-Nordic Green Left (GUE/NGL), according to exclusive information the Athens-Macedonian News Agency (ANA) secured on Saturday. In a joint statement signed by all three, it is stressed that "the Prespes Agreement between Greece and Former Yugoslav Republic of Macedonia puts an end to a log-lasting dispute and brings stability to the western Balkan region." The three leaders noted that the Prespes Agreement, which has been ratified by the parliaments of both countries, is "a model for peacefully resolving international problems through dialogue and mutual compromise. Prime Ministers Zoran Zaev and Alexis Tsipras had the political courage to go ahead with the agreement despite the nationalist opposition." In their joint statement, Keller, Bullmann and Zimmer said that "for all these reasons, we support Nobel Prize winner's Wided Bouchamaoui nomination of Alexis Tsipras and Zoran Zaev for the 2019 Peace Nobel Prize."

The international press also welcomed the ratification of the Prespes Aggreement by the Greek Parliament, stressing that it puts an end to a 27-year-dispute, clearing the way for the Former Yugoslav Republic of Macedonia to join the EU and NATO, thus contributing to  stabilization and growth in the Balkans region. The press points out that both leaders, Tsipras and Macedonia’s Zoran Zaev, faced fierce political fights in recent months and who were accused of betraying their countries’ interests, while on the way to finalizing the deal, Tsipras lost his parliamentary majority.