Loukas Tsoukalis: The Prespes Agreement puts an end to a long and divisive dispute 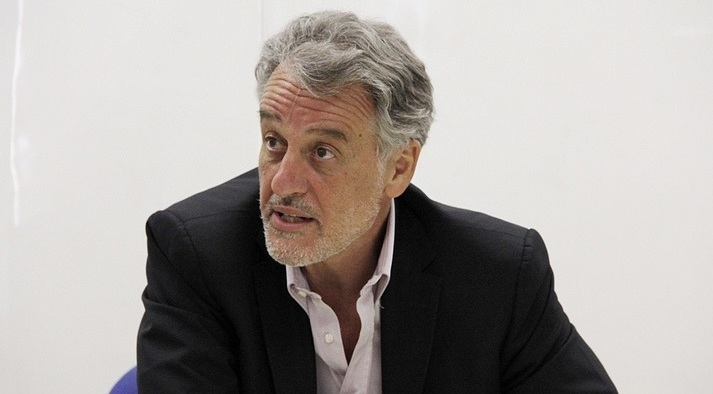 On Friday 25.01 the Greek Parliament ratified the Prespes Agreement with 153 votes. The ratification means that the Former Yugoslav Republic of Macedonia will be renamed North Macedonia and opens up the country’s path to EU and NATO membership. "Today is a historic day. Greece is protecting an important part of its history, the heritage of ancient Greek Macedonia," stated Greek Prime Minister Alexis Tsipras, while the neighbouring country's Prime Minister Zoran Zaev said in a statement that "the citizens of our country and of our friend Greece can be proud today". Loukas Tsoukalis, Emeritus Professor of the University of Athens and President of the Hellenic Foundation for European and Foreign Policy (ELIAMEP), was interviewed on Euronews Tonight (25.01) about the importance of the Prespes Agreement for Greece and FYROM and for the wider Balkans region. Tsoukalis argues that the ratification of the Agreement by the Greek Parliament is a positive outcome, since it puts an end to long and divisive dispute. He points out that, although the road for NATO has indeed opened up for FYROM, accession to the EU is a much more difficult and time-consuming prospect. He finally cautions against looking at the agreement as a zero-sum game between the West and Russia in the Balkans, stressing that we shouldn’t  “try to recreate a cold war” in the region.

-Euronews: Hello and welcome to Euronews. There has been a lot of opposition to the Prespes Agreement; Prime Minister Tsipras has been calling its ratification by the Greek Parliement “a historic day”. Why does this name change matter so much?

-LT: Well it is important because the Balkans have a very long and very bloody history. Frontiers are not taken for granted, we have irredentism, we have not only fake news but also fake history. Greece’s neighbor to the north is trying to build its national identity and in the process it insults its neighbors. Of course there has been a nationalist reaction from the Greek side as well, nobody is blameless. It’s been a long dispute, that has been highly divisive in both countries. I am glad it is over and I very much hope that the ratification from the Greek Parliament today opens the way for what will be the beginning of the end of a  long dispute.

-Euronews: And this paves the way for Macedonia to join the EU and NATO, thus ending one of the world’s longest disputes as you were saying.

-LT: North Macedonia, as we know must begin to learn to call it, is going to be joining very soon as it seem NATO. As for EU membership this is going to be a very long and difficult process. This is not something that should be taken for granted, nor is it something that is going to happen in the next few months or even in the next few years. However, of course it does open the way for integration within the Western alliance and opens a European road for the Republic of North Macedonia, which is I think to be welcomed, not only by the Greeks, but by the whole Blankan region and Europe as a whole.

-Euronews: Yes, I was going to ask you about that. Because it isn’t important just for Greece and for the Republic of North Macedonia, but also for the wider region where the West and Russia are engaged in a struggle for influence.

-LT: True, although I personally would prefer to not look at it as a zero-sum game between the West and Russia. There have been attempts by Russia to exercise influence in the region. But of course, the West as well tries to exercise influence in the region. And again nobody is blameless, the way it is about the dispute between Greece and the Republic of North Macedonia. So let us not try to recreate a cold war in the Balkans; it would be very bad for the countries of the region, it would be bad for Europe and for the world as a whole. So I prefer not to look at it as a zero-sum game.

Read more on the Prespes Agreement: