Greece assumed the Chairmanship of the Council of Europe’s Committee of Ministers for a six-month period from May to November 2020. Having been member of this leading human rights Organization since August 1949, Greece took the Chairmanship in an extraordinary context imposed by the Covid-19 pandemic. During the Chairmanship, held by the Alternate Minister of Foreign Affairs Miltiadis Varvitsiotis, Greece tried to highlight the fundamental principles and values lying at the core of the Council of Europe’s mission: Democracy, the Rule of Law and the Protection of Human Rights.

Faced with an unprecedented challenge defined on the one hand by the continuous struggle to protect human life and public health and on the other hand by the imposition of necessary measures affecting fundamental freedoms, the Greek Chairmanship called for the Council of Europe to place the matter at the front line of debate. In this framework, the main theme of the Greek Chairmanship was: “Protection of human life and public health in the context of a pandemic – Effectively responding to a sanitary crisis in full respect for human rights and the principles of democracy and the rule of law”.

The Council of Europe responding to that challenge issued a Toolkit for member States, (SG/Inf(2020)11 – “Respecting democracy, rule of law and human rights in the framework of the COVID-19 sanitary crisis”), underlying that the Rule of Law must prevail even in an emergency situation. In order to strike a fair balance between the protection of human life and public health and the rights of the individuals concerned, the measures in question must be of a temporary character, proportional to the legitimate aim pursued, and thus necessary in a democratic society, subjected to regular control, and without unduly restricting other human rights and fundamental freedoms. 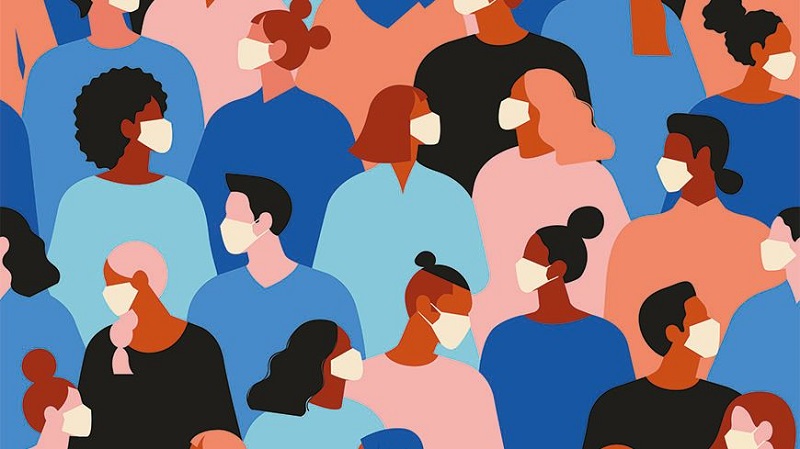 Due to the pandemic, all the events took place through teleconferences and live streaming making the Greek Chairmanship the first E-Chairmanship in the history of the Council of Europe. The use of social media that were connected as a reference to the digital platform of the Greek Chairmanship helped to bring the Council of Europe even closer to the citizens and, especially, to young people. The E-Chairmanship was not imposed only by the unquestionable need to tackle the sanitary crisis. It also proved to be an opportunity to facilitate and enhance access to information and knowledge to all citizens.

More precisely, the following events were held during the Greek Chairmanship: 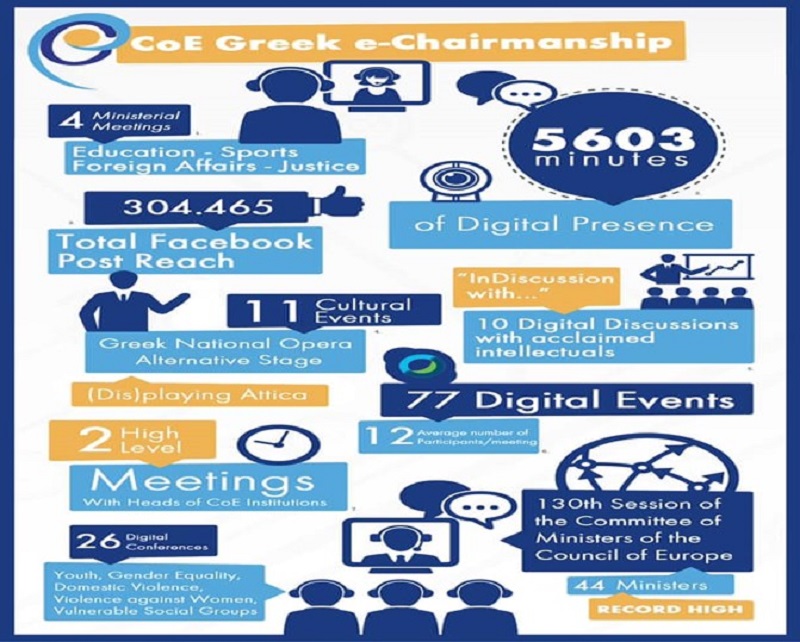 Priorities of the Greek Chairmanship

Apart from the challenges resulting from the Covid-19 pandemic, the Greek Chairmanship attributed particular emphasis to the following specific thematic priorities:

Α. Education and Democratic Culture in a digital era
The intention of the Greek Chairmanship was to highlight the importance of knowledge and familiarization with democratic institutions and fundamental European values from an early age. The numerous solutions and options offered by digital technologies and the development of artificial intelligence are regarded as significant tools, since they can facilitate and enhance access to knowledge and information.

Β. Children as vulnerable persons (at risk of poverty, victims of violence, trafficking, forced labour, unaccompanied migrant minors)
The second priority focused on the need to protect children from all kinds of risk. Especially, in cases where they constitute elements of particular vulnerability, by facing poverty, violence, trafficking, forced labour or any other kind of exploitation. The Greek Chairmanship was particularly sensitive on the issue of unaccompanied migrant minors, given the fact that a large number of children has reached Greece through migratory flows.

D. European Social Charter - Social rights in the framework of the Council of Europe - Impact of the pandemic crisis on the right of access of vulnerable social groups to health as a public good
The fourth priority focused on the sensitivity and commitment that States, societies and citizens, have to display regarding the protection of social rights. Action against all kinds of discrimination, racism, intolerance, antisemitism, hate speech, has to be collective and organized. Gender equality and equality in general, regardless of origin, religion, sexual orientation or any other ground, needs to be ensured with consistency and determination. 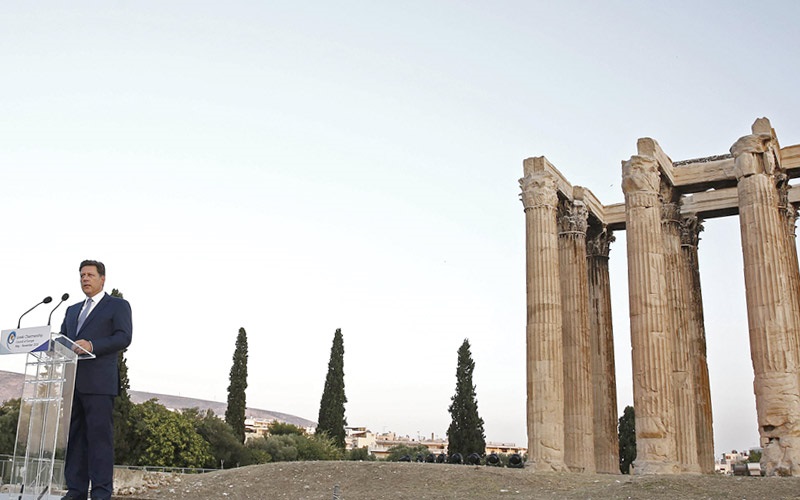 The Alternate Minister of Foreign Affairs Miltiadis Varvitsiotis speaking at the main cultural event of the Greek Chairmanship at the archaeological site of the Temple of Olympian Zeus in Athens (8/7/2020) [Photo: Greek Chairmanship FB page]

Outcomes of the Greek Chairmanship

Athens Declaration
With the opportunity of the celebration of the 70th anniversary of the signing of the European Convention on Human Rights in Rome on 4 November 1950, the Greek Chairmanship presented the Athens Declaration, a new “Charter” of human rights. The Declaration, which is a legal and political text, establishes for the first time, guidelines for the protection of democracy, the rule of law and human rights in situations of crisis such as a pandemic serving as a useful emergency roadmap for future generations.

Observatory on History Teaching in Europe
The Greek Chairmanship also achieved to complete the establishment of the Observatory on History Teaching in Europe, a valuable tool in the fight against dangerous revisionisms and attempts to falsify historical truth. The Observatory’s main purpose will be to collect and make available, through a series of regular and thematic reports, factual information on the ways in which history is taught in all participating countries. The main aim will be to facilitate exchange of good practice and mutual learning strengthening resilience against the manipulation and distortion of history helping at the same time to promote peace and dialogue.

Cultural Routes of the Council of Europe crossing through Greece 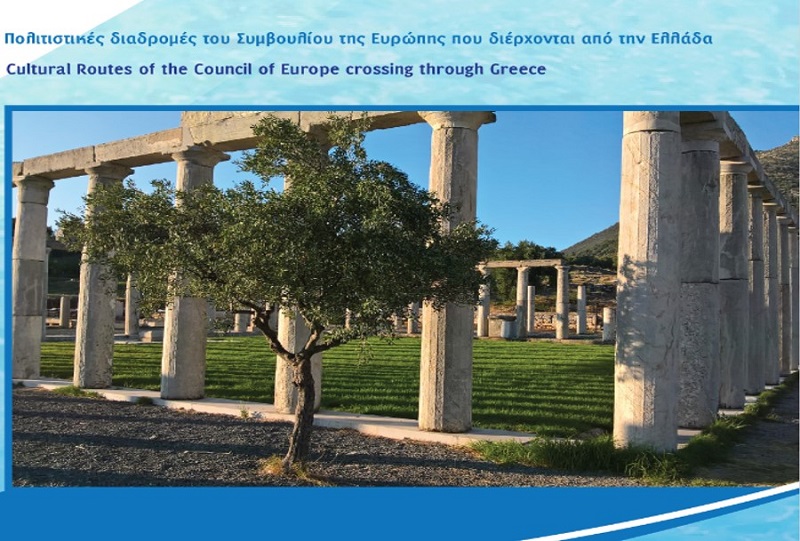 The Council of Europe does not only address rights and democracy. It also addresses culture issues. The Greek Chairmanship issued an elegant edition concerning the Cultural Routes of the Council of Europe passing through Greece. The Cultural Routes programme, launched by the Council of Europe in 1987, demonstrates in a visible way, by means of a journey through space and time, how the heritage of the different countries and cultures of Europe represent a share cultural heritage. This edition is an invitation for the public to get to know or re-discover the rich and diverse heritage of Greece and Europe presenting journeys in places with great history and cultural heritage. Among the routes that are presented we find The Phoenicians’ Route, The Routes of the Olive Tree, the European Route of Historic Thermal Towns, The European Industrial Heritage Route, In the Steps of the Apostle Paul Route, The Maritime Heritage Route et al.

The Chairmanship of the Committee of Ministers of the Council of Europe will be held for the next six months by Germany.