“Islam and Human Rights in the EU”: Sec Gen for Greeks Abroad and PD, J. Chrysoulakis, sends a powerful message on dialogue, peaceful coexistence, and respect for cultural diversity

The Secretary-General for Greeks Abroad and Public Diplomacy, Prof. John Chrysoulakis, sent a powerful message on dialogue, peaceful coexistence, and respect for cultural diversity within the framework of the International Conference on “Islam and Human Rights in the European Union” that was recently held in Thessaloniki, Greece (23-25 September 2021). The conference was co-organized by the European Consortium for Church and State Research, the School of Law, the Jean Monnet Center of Excellence “European Constitutionalism and Religion(s)”, and the School of Theology of the Aristotle University of Thessaloniki. 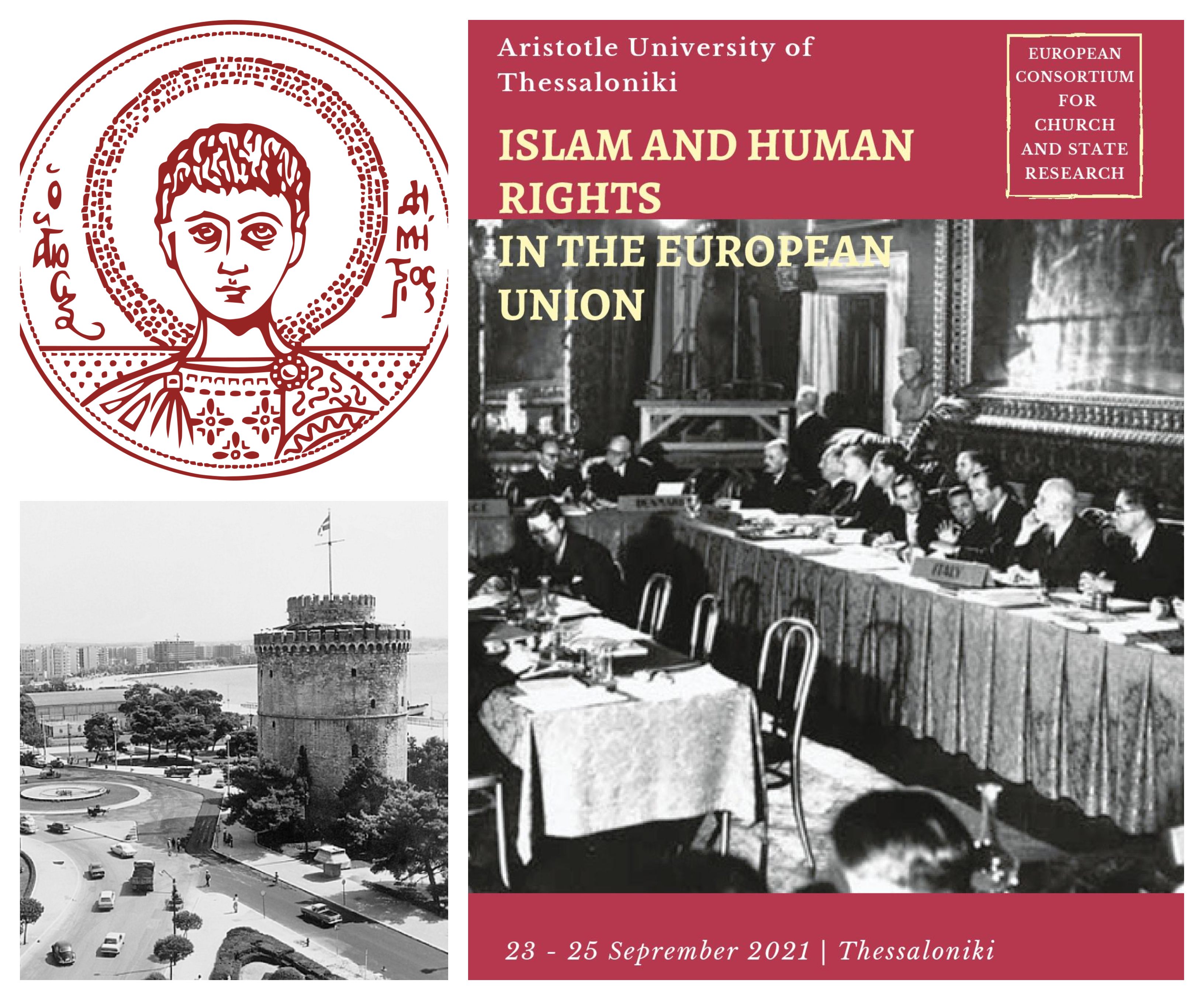 John Chrysoulakis started his keynote speech by stressing that the topics chosen for this year's conference could not be more relevant with what is happening in our area nowadays. More specifically, Mr Chrysoulakis noted:

“This side of Europe, Middle East, and North Africa are associated with common history with Greece for thousands of years. Cultures, religious and philosophical systems that were born and flourished in this region were mutually influenced but they were also the basis for the further development of the countries in the wider geographical area. Even the most diverse cultures and religions coexisted and found fertile ground for further development. Muslims, Christians and people of older religions formed multicultural and multi-religious societies in some areas. Nowadays they are threatened by extremist ideas which invoke extreme religious projects and try to turn back times of history reviving forgotten animosities and rivalries.

As it happened in the case of Turkey’s decision to convert to a mosque two brilliant examples that are timeless symbols of the coexistence of peoples, cultures, and religions, the Hagia Sophia and the Church of Chora. Monuments that received, especially for their symbolism, the designation of World Heritage Sites. In fact, Turkey itself, by its own actions was characterizing these two monuments as museums, for almost 80 years, recognizing their inter-religious and intercultural character. However, today regrettably, they cut themselves off from this role and use it for political exploitation, by provoking hostilities and rivalries that had faded many years ago.

Indeed, Greek and Islamic cultures are two elements that are clearly recognized in the history of the Mediterranean Basin. Their contacts and interactions have created historical and cultural ties between the two cultures to such an extent that we could hardly study the historical course of one from the 8th-century onwards, without direct or indirect reference to the other. 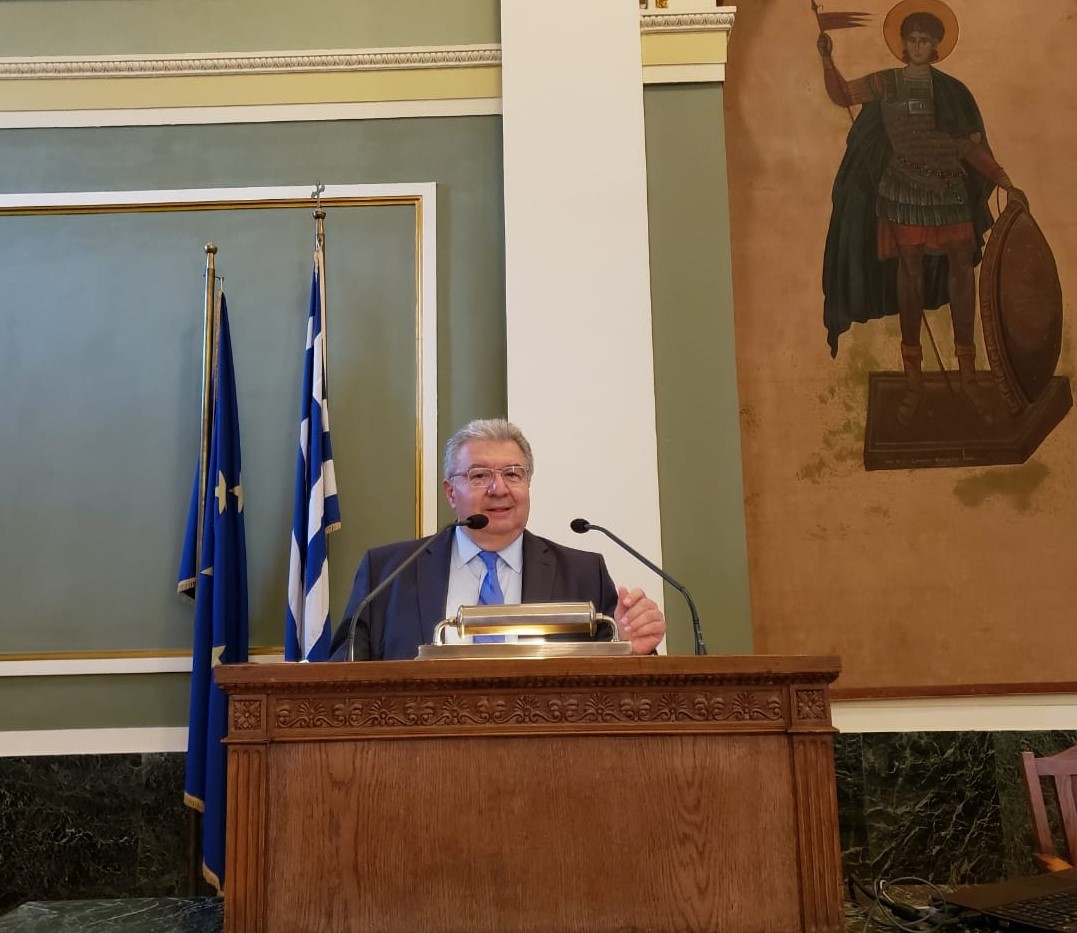 In the first steps of Islamic civilization, most of the literary achievements of the Hellenistic world were translated into Arabic, expanding in this way the vocabulary and idioms of the Arabic language. Through this meeting of cultures and the assimilation of the achievements of Greek culture, the spiritual curiosity and enthusiasm of the intellectuals of Islam develop and give new impetus to fields such as medicine, mathematics, philosophy, astronomy, architecture, and alchemy. A typical example of this interaction is the exact rendering of Hippocrates' oath in Arabic in the 9th century, as long as the core of Arabic medicine comes from Greek medicine and physiology. Following this tradition path, Arabic medicine has been developed and evolved, promoting science and then dominating through Latin translations in European medicine until the 16th century.

Basic elements of Greek philosophy, found enthusiastic supporters and translators among the intellectuals and philosophers of Islam, who attempted, in the 9th and 10th centuries, to balance between the truth of religious faith and the truth based on the study of human reasoning.

This is reflected exactly in the love for the hoarded knowledge that Greek culture bequeathed to the Arabs. The first organized libraries of the Arab world in the 9th and 10th centuries are centers of study and promotion of science, according to the standards of libraries of the Hellenistic period (Alexandria, Pergamon, Caesarea, Palestine, etc.), thus helping to develop a kind of Arab-Islamic cultural consciousness. At the same time, this contact gave the opportunity to save extracts of the ancient Greek tradition, whose originals were lost, due to their translation into Arabic.

It is interesting to remind that during the time of the great Arab philosophers, Al-Farabi, Al-Ghazali, Avicenna, or Averroes, it was not easy to find adequate philosophers of that caliber in the West. As a consequence, they began to turn to great personalities of antiquity, who had begun to become accessible thanks to the extensive translation work of Syrian and Arabic translators. Therefore, Islam can be considered, in many respects, as an interlocutor of Greek antiquity and Byzantium playing a particular role in the preservation and cultivation of the Greek cultural heritage for the rest of the world.

The belief in human reasoning skills which has the potential to use its knowledge to organize the human life, on the basis of rights and obligations, which consist the heart of Aristotle’s and Plato’s works, created the core of shaping the concept of human rights in the Islamic world, too. 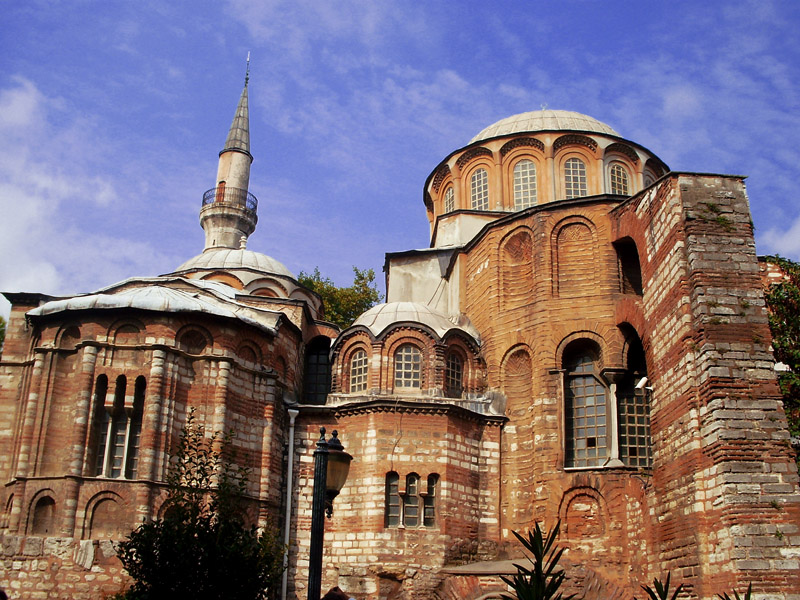 Islam has recognized basic Human Rights and almost 14 centuries ago, it set up guarantees and safeguards. Unfortunately, based on socio-historical reasons (such as the descent of the Mongols and the destruction of Baghdad and the House of Wisdom in the middle of the 13th century), the cultural expansion was halted against Islam after the 13th century, the religious structures hardened and philosophy was gradually subordinated to theology and formalist jurisprudence, giving the dimension of the attribution of any rights to God.

Thus, the latter tends to become the center of attention even in our days. However, Muslim states aim to promote critical scientific thought, human rights, peaceful coexistence, freedom of religion within the limits set by the principles of that religion. They are slipping indeed in acts that led to the shrinking and introversion of Islam, depriving their countries of every possibility of scientific, political, social, and economic development. The contemporary Islamic practice, in many respects, does not conform to the true principles of Islam. The implementation though of international human rights norms in any society requires thoughtful and well-informed engagement with religion (broadly defined) because of its strong influence on human belief systems and behavior. Let us hope that the public discussion on the issue will bear fruits in the near future.

The contemporary Islamic practice in many respects does not conform to the true principles of Islam. The implementation though of international human rights norms in any society requires thoughtful and well-informed engagement with religion (broadly defined) because of its strong influence on human belief systems and behavior. Let us hope that the public discussion on the issue will bear fruits in the near future.

At that point, Mr Chrysoulakis invited the conference attendees to recall in memory the legacy and practical advice of a powerful personality, whose contribution was a turning point in the history of protection of human rights that consist the fundamental principle of Democracy: the first chairperson of the UN Commission on Human Rights, Eleanor Roosevelt, who as early as 1958, has stated:

“Where, after all, do universal human rights begin? In small places, close to home -- so close and so small that they cannot be seen on any map of the world. Yet they are the world of the individual person: the neighborhood he [or she] lives in; the school or college he [or she] attends; the factory, farm, or office where he [or she] works. Such are the places where every man, woman, and child seeks equal justice, equal opportunity, equal dignity without discrimination. Unless these rights have meaning there, they have little meaning anywhere. Without concerted citizen action to uphold them close to home, we shall look in vain for progress in the larger world. Thus we believe that the destiny of human rights is in the hands of all our citizens in all our communities”.

In conclusion, after wishing every success to the Conference’s work, Mr Chrysoulakis expressed his confidence that it will trigger many fruitful thoughts in the future. It should be undoubtedly, a common and peaceful future for all the people of the region. As Greeks, he added, we fully understand this way of thinking because the interaction of our culture allows us to communicate with our neighbor and leads us to a constructive dialogue between us. A fact that effortlessly reminds us of a basic condition that is none other than respect for cultural diversity”.

Read also via GNA: Secretary-General for Greeks Abroad and Public Diplomacy John Chrysoulakis on promoting Greece to the international public; Hagia Sophia: The violation of a symbol