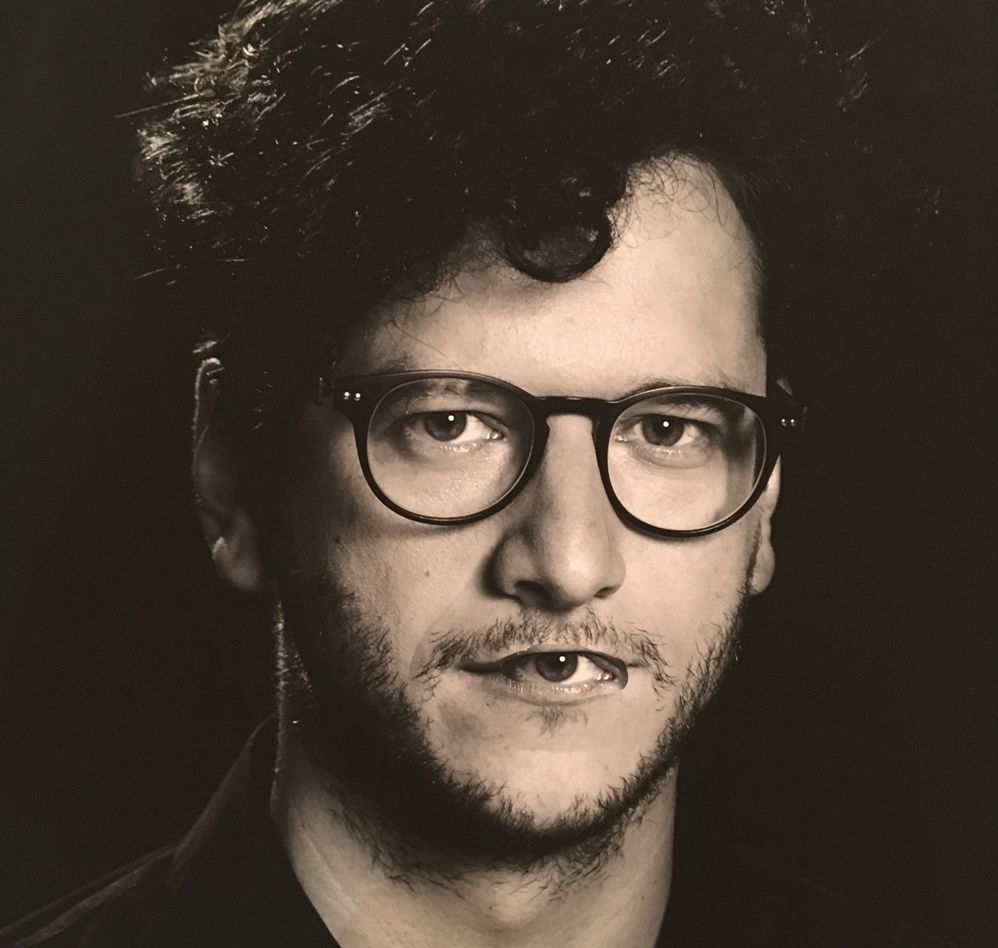 In the opening shot of Konstantinos Antonopoulos’ “Postcards From The End Of The World”, a loving couple enjoys happy family moments by the sea. They’re not the protagonists of this story. The protagonists, Dimitra and Dimitris, a couple on vacation with their two children, are watching the happy family with a defeated look on their face. They drag their crumbling marriage on a beautiful Greek island, while human civilisation is collapsing. Will they find a way out and from what?

Konstantinos Antonopoulos is a filmmaker based in Athens, Greece. His latest short, “Postcards From The End Of The World” (2019), is currently travelling tofestivals and winning awards such as Best Comedy at Aspen Shortfest, Jury Prize at Regard ISFF and Audience Award at Internationale Kurzfilmtage Winterthur. He received his MFA in filmmaking from Columbia University in New York, on an Onassis Foundation scholarship. While studying in the U.S., he directed several shorts, among which, the award-winning “Without Glasses” (2009) and “Lea” (2013). Back in Athens he co-wrote the feature film “Symptom” (premier at Torino Film Festival 2015), edited the feature film “My First Kiss And The People Involved” (premier at L.A. Film Festival 2016), and directed a number of documentary series for the TV and the web. He’s a Berlinale Talents, Torino Film Lab, Less Is More and Sarajevo FF CineLink alumni.

As the Jury that awarded an honorable mention to “Postcards From The End Of The World” at 32nd Minimalen Short FF (Norway) noted: “Its tight in its direction, and the drowsy almost sleep deprived acting makes for a truly original tonality. The film exhibits a clever use of zooms and high focal lengths to create a claustrophobic space. It's absurd yet highly recognizable. It’s about the horror of having to spend time with your spouse and family. Sometimes you need the world to collapse to get re-attached with your life”. Antonopoulos in “Postcards form the End of The World” examines the internal tension and existencial void of his trapped protagonists and combines the visual elements with biblical electronica and an omniscient narrator,which gives a comic touch in the Apocalypse suggested in the film. In his interview with Greek News Agenda* Konstantinos Antonopoulos elaborates on his stylistic choices in building an ambivalent atmosphere that is dramatic and ridiculous at the same time and explains how he constructed a small inferno on a beautiful island.

There is an inherent sense of threat through out the film. How did you work with DoP and music to achieve an eerie atmosphere in the iconographic context of a Greek Island?

The film’s cinematographer, Thodoris Mihopoulos, has an astonishing eye for natural landscapes and a gut sense for observing details of human behavior. Our idea was to try a visual language that would allow for more than one interpretation of what’s in front of the lens. Can a situation be simultaneously perceived as sad and funny, as mysterious and banal, as relaxed and threatening, as urgent and ridiculous? To maintain this complexity, we tried to create shots that enclose as many conflicting elements as possible within their frame — characters, actions, sounds, props.

After an extensive search in Larry Gus’s labyrinthine folders of music ideas, we discovered a couple of samples from Bulgarian orthodox hymns. Larry Gus cut the vocals in pieces and reordered them in new melodies, adding subtle layers of digital percussion and textures — creating this biblical electronica that felt very fitting with an all-knowing voice over narration.

At the same time there is also a sense of irony, tragicomedy and ambivalence in the film, which is enhanced by the open ending. Would you like to elaborate?

I think irony in itself is a relatively limiting tool. On the other hand I believe that contradictions are revelatory. Βringing together conflicting narrative elements can peel off the layers of a situation and show us what’s under the surface. Truth is usually found in paradoxes.

Your main characters are tragic as well as ridiculous, and can easily be identified with. How did you work on building the couple?

All I had to do was look at my own family holidays as a child. I remembered my parents arguing about the most mundane things and me thinking that two people so different should never be together in the first place. But twenty-five years later my parents are still together, happier than ever, and that’s an interesting mystery. How do relationships work? How does love co-exist with spitefulness, care with competitiveness, manipulation with tenderness? That was my guiding question.

Yiorgos Gallos and Angeliki Dimitrakopoulou who played Dimitris and Dimitra are not only great actors, but also middle-aged parents of two children each. Their real life experience was more valuable than any acting idea I could imagine.

Voice over in the film significantlyenhances the film’s style. Would you like to talk about this choice?

The idea of an omnipotent narrator was key in conceiving this movie. As soon as I heard his voice in my mind commenting on the characters’ feelings, several things suddenly felt right. The tone, the characters, my intentions started aligning, and writing became extremely fast and easy.

I love voice-over narration in films. When used inventively it opens up the potential for complex dramaturgies, unexpected tonalities and multidimensional story structures — like those employed so often in literature and so rarely in film.

Keeping in mind the way various characters react to what is happening in the film, are you an optimist about human nature? Can “the end of civilisation” bring redemption and relief?

Humans are animals operating against their nature — a gesture at once noble and self-destructive. I feel neither optimistic nor pessimistic. I guess I subscribe to Camus’ Sisyphian perspective: it’s worth trying even though failure is a certainty.

Watch Postcards from the End of the World - Trailer from Konstantinos Antonopoulos on Vimeo.