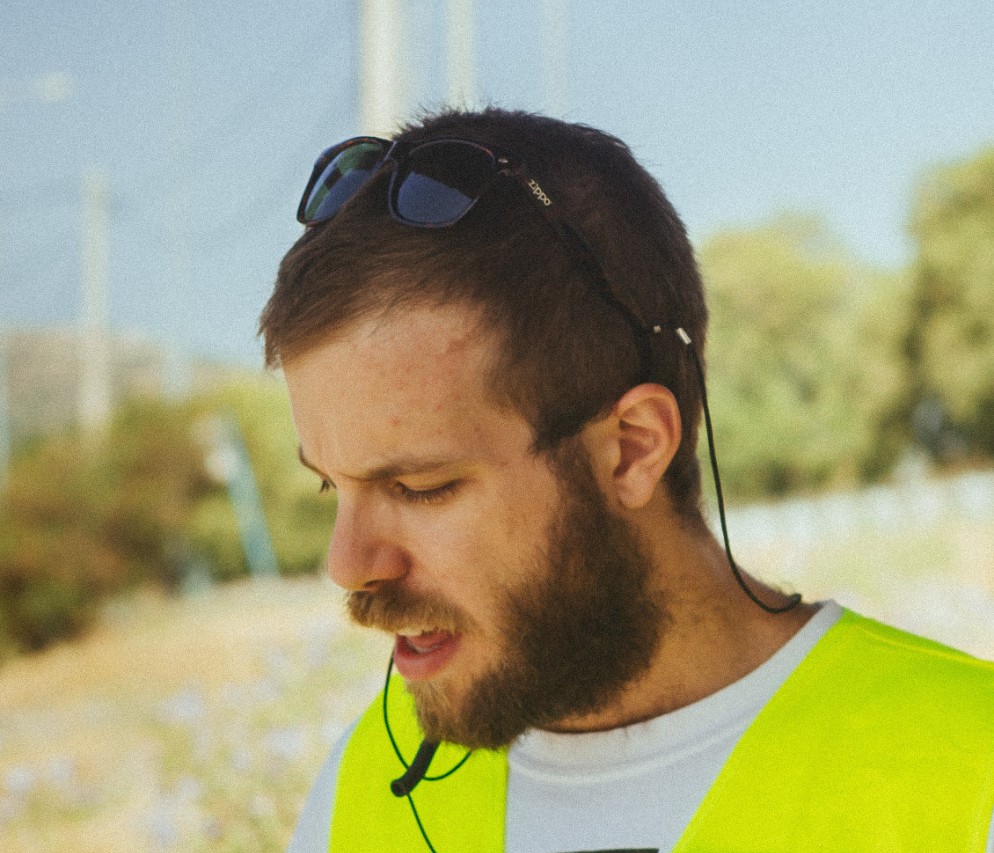 In "Iro /he.ro:/", a short film directed by Alexis Koukias – Pantelis, Iro, an 8 year old girl, is ready to take off on a short road trip with her mom and a strange superhero towards Lake Stymphalia. A car malfunction and a bus drivers strike will make their plans difficult, but with the help of the superhero they will hitchhike their way towards their destination. Focusing on his young protagonist, Alexis Koukias – Pantelis sees the world through the eyes of a child in a funny and bittersweet film about grief and the pain of loss, disconnecting funeral rites from the context of a cemetery. With an enigmatic plot and playing with the notion of a hero, Koukias - Pantelis takes viewers on a road trip in rural Greece on a hot summer day, with final destination being the acceptance of reality.

Alexis Koukias - Pantelis is a film director, production sound mixer and sound designer, based in Greece. He holds a Master of Arts degree with distinction in Film Directing from Screen Academy Scotland / Edinburgh Napier University. His short films have travelled to more than 20 international film festivals and have earned 5 awards. In 2017, he was chosen to participate at the Scottish Film Talent Network’s scheme, Scottish Shorts, as part of the project "Birds in Paradise". In May 2018, he directed two social awareness spots for the awarded campaign against gender-based violence, "Don’t Skip", organized by CRWI Diotima.

In April 2019 he organised a 3 days crowd funding film festival called "Watch a Film Make a Film" at "Keiv", an artist-run space in Athens. The festival was supported by 19 young and established Greek film directors and volunteers. Its goal was to promote some of the new voices of the Greek cinema while at the same time finding the economic resources needed for shooting his new, self-funded film, "Iro /he.ro:/". In parallel to his directing career, he has been working in the sound department of films and commercials. In September 2020, his latest short film "Iro /he.ro:/" premiered at the 43rd Drama International Short Film Festival. He is currently in the pre-production phase of his new film "Aerolin", which is funded by the "Microfilm 2021" scheme. In his interview with Greek News Agenda*, Alexis Koukias - Pantelis talks about the impact of his personal experiences of grief on the film script and how he integrated rural locations in his storytelling. 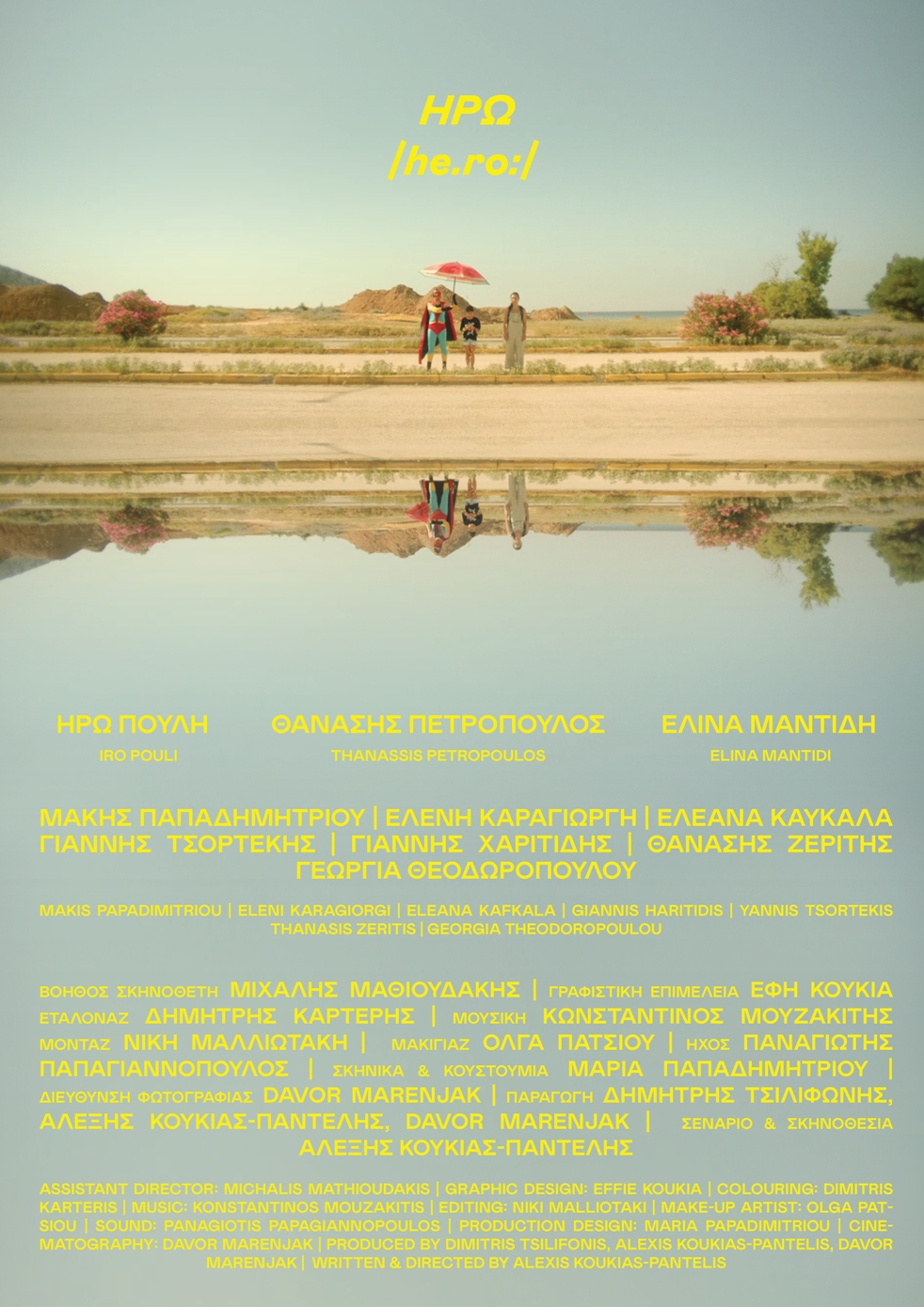 In "Iro /he.ro:/" you deal with the issue of grief. What made you choose this subject?

Losing my beloved dog back in 2015 was when I first conceived the idea of this story. Almost a year later, while I was living in Scotland, I began developing the first draft of the script. During that time, I had the tough experience of losing two close family members. Looking back on those days, I can see that that the constant change of scenery, from rainy Edinburgh to sunny rural Greece and the experience of grieving away from close family members and friends, had an impact on this film. It affected the way in which I dealt with the theme of grief but it also armed me with determination to shoot the film in spite of not being able to obtain funding for it.

Iro, as a kid, is free from following the social conventions of grieving and is able to experience this trip without the pressure of any relevant judgment. Her point of view gave me the opportunity to explore her own personal grieving process, while following a journey through my memories, where time and space fade away and become irrelevant. I created an imaginative world, dressed with colors and sounds from my youth, which helped me travel directly into my past. Even though the story isn't biographical, it is heavily influenced by my fragmented memories and experiences.

As is the case with “Best of Everything, Always”, the plot revolves around funeral rituals and Death. Would you like to elaborate?

"Best of Everything, Always" was written and filmed back in 2016, almost at the same time as when the first drafts of "Iro /he.ro:/" were being written. It was my dissertation film for my master's degree. Funerals, as I mentioned earlier, were part of my life back then. Nonetheless, the script was actually based on a story of our writer, Lisa Clarkson. We focused in this film on exploring the absurdity of organizing a funeral ritual when there isn't anybody to grieve for the deceased. In contrast to "Iro /he.ro:/", this film was more a product of intellect than of unconstrained personal feelings.

What is the function of location in your film?

In "Iro /he.ro:/", our goal was to emphasize the child's point of view. One of our strongest tools was to make everything look iconic and larger than life. Each location had to serve the story both narratively, as a stop towards the final destination of the trip, but also subliminally, as a memory which young Iro would keep with her as she grows older. I wanted the audience to leave the theater holding on to some of our frames, filled with emotions, in their minds.

We are in the process of completing the funding stage of our next short film "Aerolin", which has been partially funded by the Hellenic Broadcasting Corporation. We aim to enter the production process sometime next year. I've also begun research for my first feature film script.