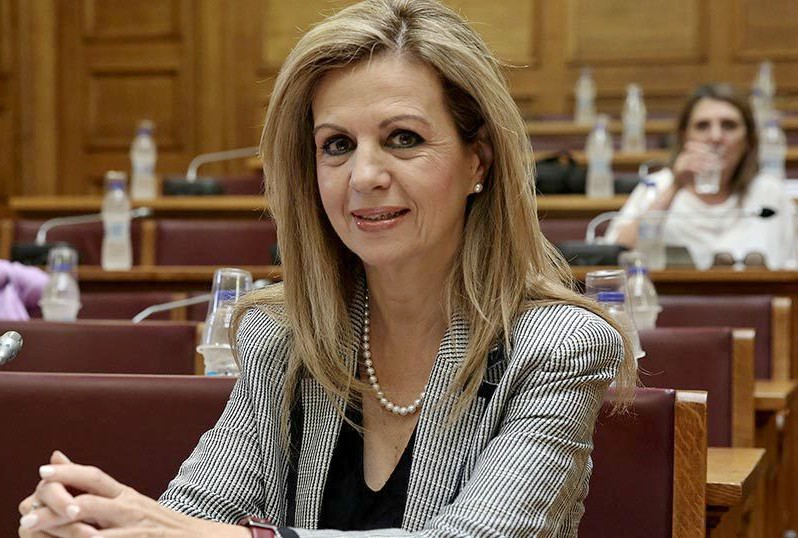 Meropi Tzoufi, Deputy Minister of Education, Research and Religious Affairs, spoke to Greek News Agenda* on the subject of Greek-language studies and education in foreign countries, analysing the challenges faced in the effort to meet the needs of Greeks abroad as well as strengthening the Departments of Greek Studies at foreign Universities. Tzoufi is a founding member of the Syriza party, an Associate Professor of Medicine at the University of Ioannina, and an Elected Board Member of Greek Pediatric Society and Greek Pediatric Neurology Society.

What, in your opinion, are the objectives of Greek-language studies abroad? What are the particular issues that arise?

Greek language studies have in the course of their history depended on a number of factors, and at this moment in time, on account of the changing international environment, the economic crisis and the enormous migration flows at global level, they are going through a transitional phase. The characteristics of this phase are the diversity of students in terms of their cultural heritage, their age range, level of knowledge of the Greek language, not to mention their reasons and motives for learning Greek.

Consequently, Greek language studies aim in two directions: to promote the teaching of Greek outside the narrow national framework and, at the same time, to provide multidimensional educational support to students, in order to ensure their smooth social integration where they live, whilst at the same time maintaining their ties with our country.

In recent years, due to the economic crisis, migratory flows from Greece to other countries have increased. In terms of Greek-language education, what steps have been taken to meet the increased needs of the student population abroad?

In order to meet the growing needs of the Greek student population abroad, the Ministry of Education and Religious Affairs proceeded with an updated legal framework (L.4415 / 2016), which provides for (a) the full implementation of the curriculum taught in Greece (proper schools that follow the Greek curriculum), (b) the teaching of various Greek subjects at bilingual schools and (c) the teaching of Greek and Greek culture at Greek language school departments.

Moreover, the Greek Government continues doing its best to cover the needs of Greek-language education by providing support to these schools in a variety of ways, including the secondment of teachers, the supply of educational material and financing.

This year, we ensured the early start of the teacher secondment process, so that the new school year could start smoothly and with staff in place. It is worth noting that this process is completely transparent and based on specific criteria.

In addition, it was critical to ensure that the teachers seconded to schools abroad would regain their teaching jobs upon their return to Greece (Article 95, Law 4547/2018), as anything less would be a major disincentive. The posting of teachers and administrators at the Education Offices Abroad on time, the excellent cooperation with the Coordinators of Education Abroad and with the competent department of the Ministry of Education (DIEPE) contributed to the establishment of constructive relations with the Greek communities and schools abroad and led to satisfactory staffing, which exceeded 75%. 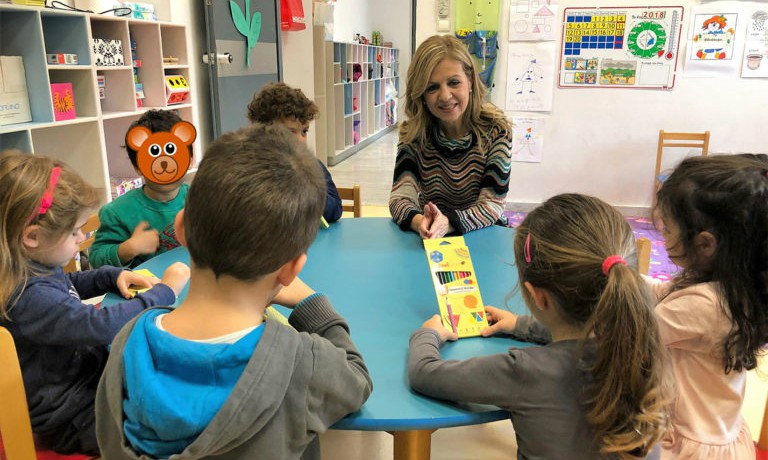 To what extent have problems concerning the posting of teachers abroad been resolved?

This has been a difficult time, financially speaking, for our country and we had to deal with issues such as cuts in salaries and overseas allowances, a ten-year cessation of appointments in the public sector and the consequential reduction of teaching staff, from which candidate teachers for postings abroad come. At the same time, Greek language education depends on many factors related to the conditions prevailing in host countries, such as the cost and the conditions of living, which are often a disincentive for the expression of interest in secondments.

Lastly, over the next three years we’ll be proceeding with 15,000 appointments and hopefully, after doing away with disincentives, we hope to rekindle the interest of teachers for posting abroad.

How many departments of Modern Greek are there currently in universities abroad and how are they funded?

Greece supports approximately 80 university departments abroad with educational material and/or qualified teaching staff to support the multifaceted work of studying, teaching and promoting Greek language, history and culture. At the same time, we are working on ways to further strengthen the Departments of Greek Studies at Universities abroad and their connection with the Coordinating Offices and Greek communities abroad.

How difficult is it, in your opinion, to promote the Greek language in the globalised world we live in, where English holds a special dynamic?

The issue essentially raised by your question refers to a wider theoretical debate and concerns our linguistic identity, the question of whether and to what extent could the Greek language be ‘threatened’ so to speak by its contact (or a notional conflict) with other languages, stronger in terms of their dissemination or extent of use.

Of course, the main focus is on the prevalence and establishment of the English language as that of international communication, which today, chiefly due to digital globalisation, is gaining momentum and penetration at a global level.

It is, therefore, a very important and at the same time difficult task that which we are called upon to fulfill, in a difficult economic situation and in a changing global environment that is shaped by the influence of globalisation, global networking society and interculturalism.

I would therefore say to you that the term "Greek language education abroad" is broad and concerns education in Greek which is not limited to the Greeks of the Diaspora but is addressed to a global audience, to all those who want to learn the Greek language and about Greek culture. From this point of view, language is simultaneously understood as a learning tool but also as a means of interaction, communication and creation which coexists with its symbolic value as a culture carrier.

The Greek language obviously has its own particular momentum, has marked and continues to mark its own cultural course which is undeniably connected not only to its diachronicity, but also to its synchronic significance, as well as to the people who by speaking or writing it, shape it on a daily basis, create and spread culture globally.