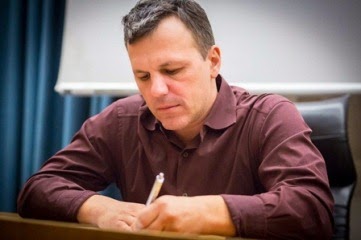 Dimitris Christopoulos is an Associate Professor of State and Legal Theory at the Panteion University of Athens and the Vice President of the International Federation of Human Rights - after having chaired the board of the Hellenic League for Human Rights from 2003 until 2011. He is frequently interviewed by Greek and international media and writes regularly in the Greek press, contributing to the promotion of human rights awareness in Greece, particularly within the current crisis. Professor Christopoulos spoke to “Rethinking Greece” about human rights in Greece, the economic and refugee crisis in its European context, and the Greek government’s relevant policies:

Do you think the SYRIZA government has made positive steps as far as human rights are concerned? Could they have done more or could more be done in the future?

I believe that since the beginning of the crisis in Greece - a situation that has taken on structural characteristics - human rights suffered major losses par excellence. More so, losses that are not secondary,but absolutely pivotal to our lives. The systematic devaluation of social rights that hasn’t stopped for six years has lead to the constant shrinking of genuine democracy in the country. Caution: I am not saying that in the Greece of memoranda we don’t have democracy. I never said that. But what I am saying- and this has not changed since January 2015 - is that the quality of our democracy does not honor us. In the current state of affairs, substantial democratic procedures are being sacrificed for financial aims and because there is never enough time. An indebted democracy, such as ours, finds itself in a dependent position, like every debtor to every lender.

But I know that I you want me to talk specifically about SYRIZA. The SYRIZA government, except for the prison reform law, the law on citizenship for second generation immigrants and the introduction of civil partnership for same sex couples, hasn’t undertaken bold steps as far as human rights are concerned. Of course they could have done more and still now they can do more. SYRIZA must realize that a human rights agenda is not judged by its popularity, but by its value.

According to the World Press Freedom index, Greece is ranked #91 out of 180 countries for 2015, the European Union’s second lowest ranking, after falling 56 places in the index from 2009 to 2014. What do you think is the level of the freedom of expression and press freedom in Greece? Are there any Greek peculiarities?

I believe that in general, Greece is doing rather well as far as freedom of expression is concerned. With the exception of 'national' issues i.e. issues concerning minorities, the Macedonian question, Cyprus, and more recently the issue of the Pontian ethnic cleansing. One cannot express "heretic" views in the public sphere on these issues.  What is happening in the country is that the crisis exacerbates already existing problems, not so much directly connected to freedom of speech itself, but mainly pertaining to media independence. This is where Greece is doing really bad, and it seriously affects freedom of expression. This explains the phenomena of tabloid newspapers systematically defaming and slandering individuals who cannot turn to justice to be vindicated. Furthermore, the fear of unemployment, of falling out of line with a "nationally correct" discourse or with various private interests, leads to self-censorship in the media: this situation is to some extent a Greek peculiarity, but it also closely resembles the Italian model.

What are the positive and negative points in how the Greek state handled the refugee crisis so far? What can be done from now on?

The positive point, and it is very positive, is that we left the former PM Samaras’ xenophobic agenda behind us: the notion that by making "life unbearable" for people who enter the country, or that by erecting fences, we will stop them from coming. This change, after January 2015, affected our fellow citizens. At least they do not see refugees as scapegoats for their myriad problems. Beyond this, I am concerned that unfortunately - and this is very unfortunate - inside Greek administration, defeatism has taken root. The belief that nothing can be done. But if you think that you cannot do anything - because you do not have personnel, you have no money, you have no structures - it is certain that you will do nothing. What can I say? We need great mobilization in order to improve things, especially in view of the fact that many of these refugees are not going to be able to leave Greece in the near future. 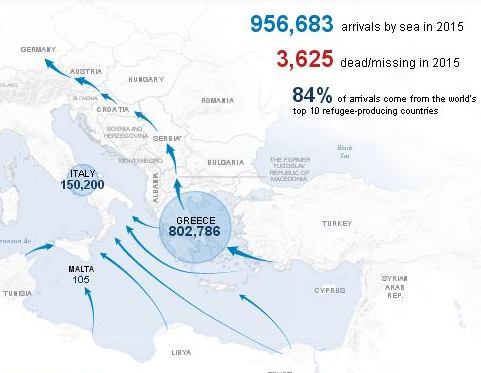 How do you comment on EU's handling of the refugee crisis, especially in view of recent news about pressures on Greece for border management?

In Europe, due to the recent refugee flows, the concept of external borders has collapsed. Greece is not to blame for that; whatever other grievances we can voice about how the country managed the refugee crisis. Unfortunately, what I see being consolidated in the EU is a systematic and unfair awarding of all responsibilities to the weak link called Greece. The EU is using Greek shortcomings as a pretext to saddle the country with more responsibility than it deserves. Moreover, the EU cannot be proud of its performance in the refugee crisis: the member-states have not told the people openly that this crisis is not a "bad moment" in our current history, but a situation that we should have to learn to live with, since we made a mess of things in the Middle East, in Afghanistan and in Pakistan. European states are raising fences and closing their borders to refugees within the Union; next they will close their borders to other Europeans as well. You see what is happening: even though the extreme right in France didn't win the recent regional elections, it achieved its highest rates in modern history. You realize how bad things would be if one of the two nations of the erstwhile European axis (France and Germany) had an extreme-right government … It would be something like Europe in the 30s! 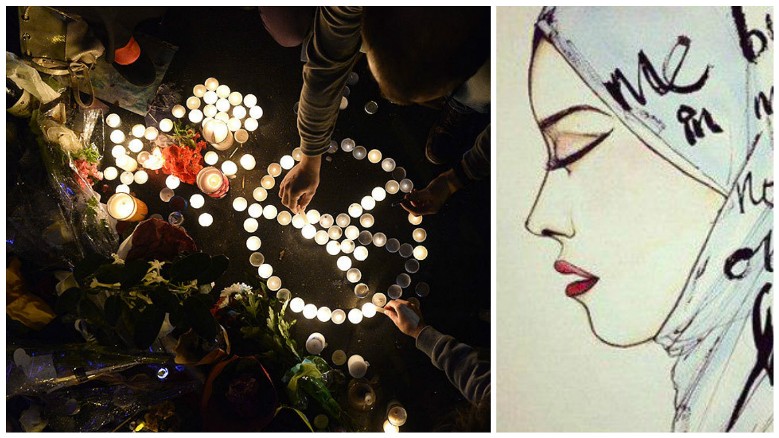 What are the implications for the refugee crisis and social rights in Europe following the Paris terrorist attacks? Is there an Islamophobia issue in Greece?

The consequences - already apparent- are a new balance being struck between freedom and security, at the expense of the former, and a possible worsening of the refugee crisis, due to France´s hawkish reaction the day after the attacks. The time we live in is one of "war on terrorism" and it must be understood as a long historical period succeeding the "Cold War" which, may I remind your, lasted for two generations. I cannot guess where we will be in ten years' time. However, if we respond in the same way that Bush responded after 11/9, I don´t see good things. Now, for Greece in particular, of course there is an Islamophobia issue, and even a special version of Islamophobia that is not so much related to the current European postcolonial migration environment, but to the Greek Ottoman past and its relation to Turkey. However,I reasonably hope that due to our close proximity to the Middle East, the Greeks - as a society and as a government - will face the situation calmly and maturely, without recklessness.

How can we rethink Greece through the experience of the double economic and refugee crisis?

Even if we couldn't  think of Greece through this experience, it is impossible not to do so. From the historical conditions of a universal, multifaceted crisis, something new will be born. Such is history. The point is, firstly, not to have yet more losses in our society and institutions until the country is back on its feet, and secondly, to realize that the management of the refugee crisis is not an exercise in charity, but a dry run before widespread social challenges. In Greece, we often say that the painful changes that occurred during the years of crisis were without precedent in peacetime Europe. So it is, and if we look at the Greek and European history of the 20th century, I see something positive in this observation: that indeed we are talking about peacetime. Let me remind you, that the war, Nazism and other monstrosities are not alien visitors to the Old Continent. They are the other side of it.