The ancient population of Nikopolis (region of Epirus) could never imagine that in the year 31 AD, an historic event would change the area’s fate for millenia. At these last years of the Hellenistic era, Octavian signals the dawn of Roman Empire as he prevails over Mark Antony and Cleopatra in the naval battle of nearby Actium and becomes the first Roman Emperor, who transformed the oligarchic-democratic Republic into the autocratic Roman Empire.

To celebrate his victory, Octavian Augustus founded the city of Nikopolis (Greek for victory), a complex with many archaeological treasures, such as theater, odeon, parliament, nymphaion, stadium aqueduct, thermal baths etc. His goal was to build an important administrative and economic center of prestige and comparable to those of the major urban centers of the classical era reputation. 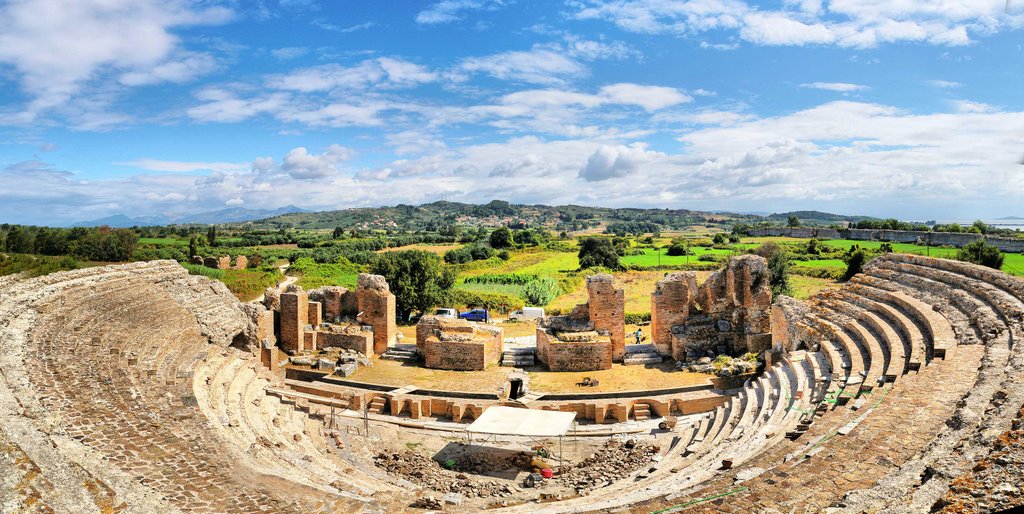 Following years of restoration the first phase of the project "Protection, Conservation and Restoration of the Grand Theatre Nicópolis” has now been completed and the Roman Odeon and the Nikopolis Theater gradually began last month to be delivered to the public for cultural events and sightseeing. The great theater of Nikopolis is one of the largest and most important structures of its kind in Greece with new discoveries about the archaeological significance of the site. The Archaeological Museum of Nikopolis, opened in 2009, just behind the archaeological site.

Stavros Niarchos Foundation has contributed to the restoration works of this archaeological site so valued that the Greek state considers nominating it for inscription on UNESCO World Heritage List. The goal is for Nikopolis to become the largest Greek ancient city open to the public after the full completion of works scheduled for 2020.