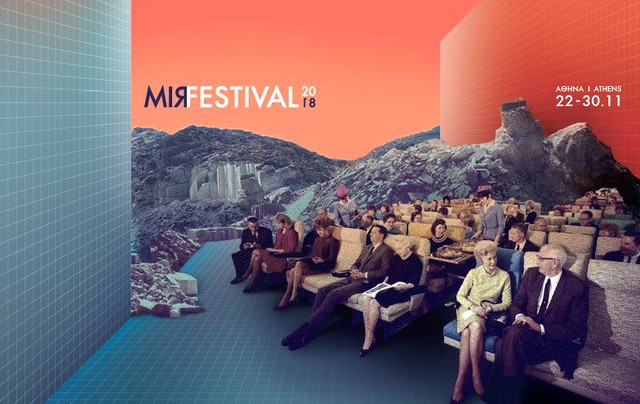 The biennial festival MIRfestival is organised by MIR, a non-profit cultural company for promoting the contemporary art, in collaboration with private and public organisations and institutions. They define the festival as “a satellite, a system in orbit, parallel to other systems, like the Soviet (and later Russian) orbital station it shares its name with”. Artist make a stop there, creating ephemeral works to “emit their signal” before continuing their trip in time and space.

According to the organisers, the fourteen projects of the programme “open up a space to be inhabited by fragility, poetics, vulnerability, as a revolutionary position within an increasingly harsh reality. This space is a moment of transformation or initiation; it is the moment you bump into the “unspeakable” of art”. Events, performances and exhibitions are scattered throughout the city, inviting viewers to discover its multiple facets, and often integrate themselves in the happenings. 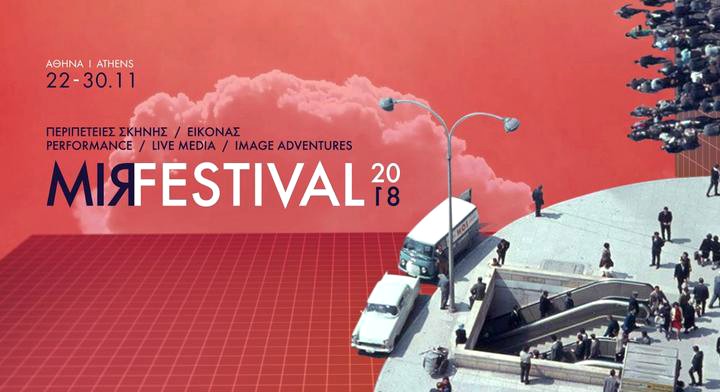 The festival brings together various artists from different fields: In “Le Générique”, taking place at the Duncan Dance Research Center in Vyronas, Greek dancer and choreographer Panagiota Kallimani takes a peak into the psyche of teenage girls; in “Travelling”, Swiss performing artist Massimo Furlan presents a “mystical travel happening inside and outside of a bus”, revealing unknown images of the city; in “Erosions”, Greek performer and choreographer Mariela Nestora challenges the audience’s perceptions of reality and of themselves through her performance and visual representations; in “drag and drop – hit and run – making love – just for fun”, performative artist David Helbich invites people to a night walk through Athens to discover hidden corners of both the city and themselves.

El Conde de Torrefiel, the well-known Barcelona-based project focused on performing arts, presents “Unir Todo” at the Rabbithole Art & Performance Space: the journey of three 21st-century girls, who dive into a swirl of images inventing an inevitalble reality. In “All of a sudden…”, Greek experimental performance artist Eva Pyrnokoki creates a an installation-performance about the unexpected, while the Spanish platform Nyamnyam, comprised of artists Iñaki Alvarez and Ariadna Rodríguez, showcase a performative installation rooted in an interest to investigate the beginning of agriculture as a point of inflection that defined the course of humanity, in “Comida, 8.000 years later”.