Filming Greece | Film of the Month: The Counterfeit Coin 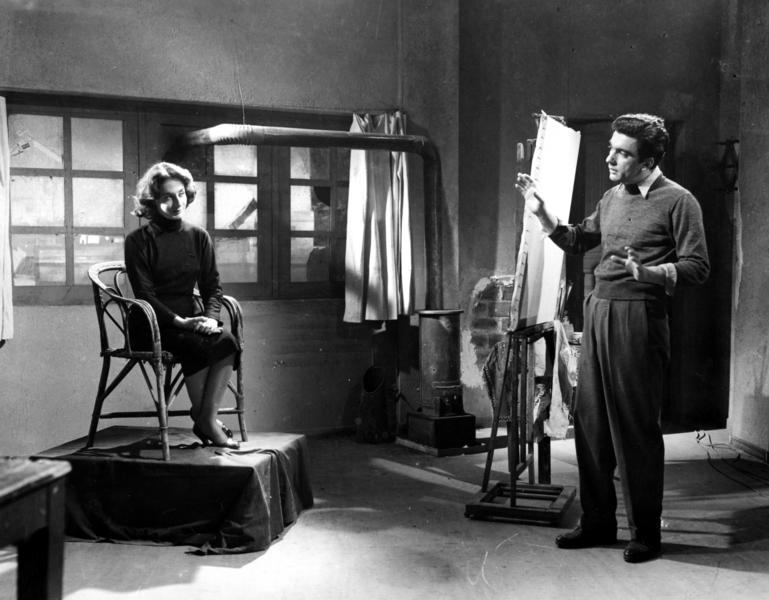 Revolving around a shiny counterfeit gold sovereign freshly milled from the clandestine workshop of an otherwise honest goldsmith, four brief vignettes of human imperfection, seduction, fate, desire and devotion inextricably interweave in the festive spirit of Christmas and the New Year in the film “The Counterfeit Coin” (I Kalpiki Lira) (1955).

As the film title suggests, a counterfeit coin goes from hand to hand telling its story in four independent episodes. The piece has been made by a goldsmith, Anargyros (Vasilis Logothetidis), who is captivated by the charming lady Fifi, (Ilya Livykou). He has, in fact, spent one-hundred gold sovereigns to make the coin in question. However, nobody buys the coin, which appears to be counterfeit. The coin falls into the hands of a beggar (Mimis Fotopoulos) who pretends to be blind and who is constantly arguing with a prostitute (Sperantsa Vrana), who works the street a little further away. It then falls into the hands of a poor orphan, Fanitsa, who is in danger of ending up on the street, but her miserly landlord, Mr. Vasilis (Orestis Makris), agrees to cash in the coin and help out the young girl. Following this, the coin ends up becoming the good-luck coin baked in a traditional holiday Vasilopita cake. The coin is found by a poor painter, Pavlos (Dimitris Horn), who has recently married a rich heiress, Aliki (Elli Lampeti), becoming a symbol of their powerful but short-lived love. 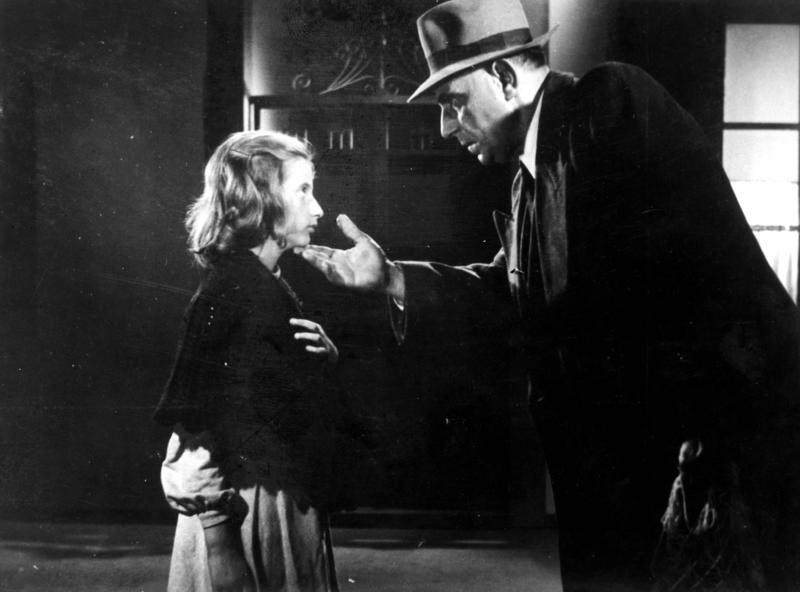 The film was screened at the Cannes and Karlovy Vary Film Festivals and was awarded in Venice, Bari and Moscow International FF. It was voted by the Hellenic Union of Film Critics as one of the ten best Greek films of all times in 2006. Eminent film historian Georges Sadoul included the “Counterfeit Coin” in his list of the 1000 best films internationally.

The film cast includes some of the most important Greek actors of that period and the film score was composed by Manos Hatzidakis. “The Counterfeit Coin” was written directed and produced by Yorgos Tzavellas, an important Greek filmmaker that formulated new ways of cinematic expression in post-war Greek cinema. Born in 1916, Tzavellas studied Law in Athens but never exercised the legal profession. A self-taught filmmaker, Tzavellas wrote and directed 12 films that left a strong imprint in Greek Cinema including “The Drunkard” (1942) “The Jinx” (1952), “We only have one life” (1958) and “And let the woman fear her husband” (1965). His first film, “Applause” (1944) re-imagined the representational codes that dominated Greek cinema with ingenious use of montage and editing. Although he was influenced by Italian neorealism, Tzavellas strived to express himself in a purely cinematic language and work with topics that reflect Greek reality making use of the beauty of the location. Social conventions and the struggle for survival are evident in most of his films as well as a humanistic approach towards his protagonists. 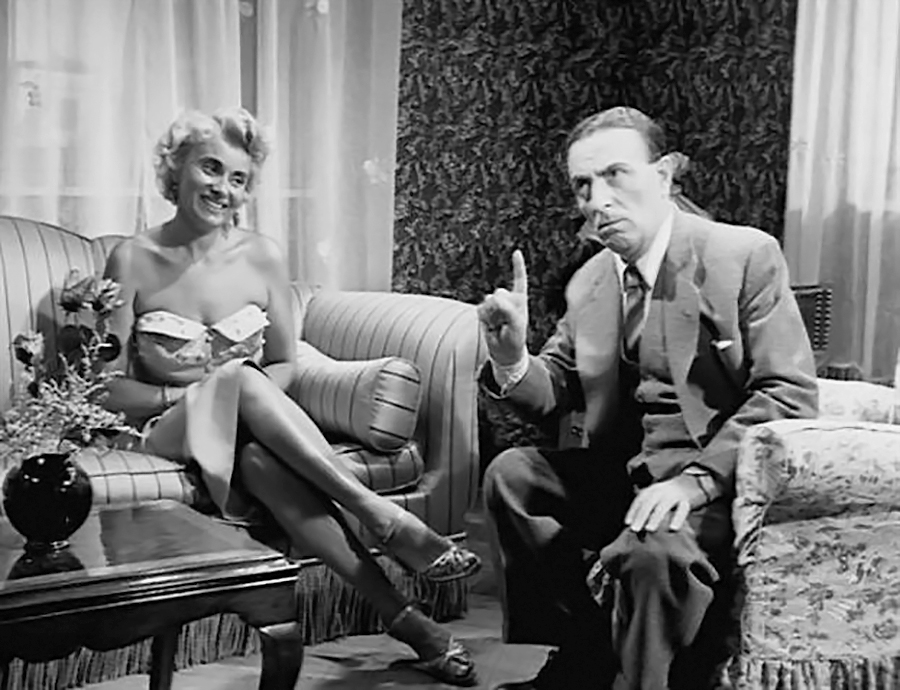 The film is structured through four stories loosely connected and an omniscient narrator, and it was the first anthology film in Greek Cinema. The story revolves around the platitude that money can’t buy you love, the way each of the four stories in this film has influences from the Italian neorealism. It takes place in the 1950’s in Athens and examines the lives of people of different social strata; while most of the protagonists are poor and have to be inventive to make ends meet, the narrative flows playfully between comedy, social drama, and melodrama. The characters are developed, interesting and multifaceted, funny and tragic, generous and tender, stingy and cynical, representing post-war Greece in its strife for survival in a changing society.

As Vrassidas Karalis mentioned “the German Occupation and the Civil War raised new questions and defined new existential, political and stylistic quests which had more to do with class, status and power and less with history, memory or landscape. The new perception of the self emerged with Tzavellas, Gregoris Gregoriou and Cacoyannis who struggled to construct a new style for the new reality while using the underdeveloped infrastructure of small private studios”. There are several outdated elements in the film today such as its didactic tone, but there are also many ephemeral ones, such as the glimpse over neighborhoods of Athens and the harsh realities of life in Greece, that have become eternal.