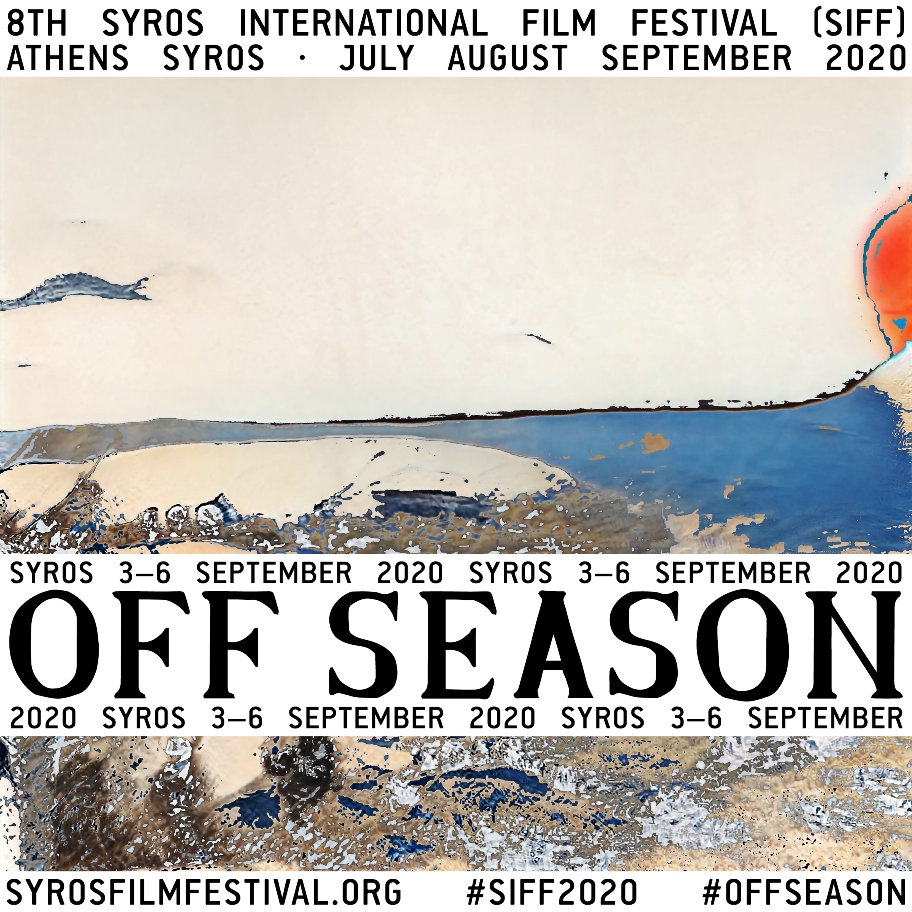 What is “off-season” when the prospect of re-starting widespread tourism seems risky and uncertain? What constitutes “off” and “high” season in a period that has disrupted our very perception of time, making us focus only on the urgent condition of the present moment (the imperative here and now)? What is the relationship between “off-season” and “offline”? SIFF calls on the restorative power of cinema to address this set of questions to its audience, inviting residents and visitors not only in a collective viewing experience but also in a collective imaginary for the seasons to come.

The cinematic spirit arrives in Syros and its special locations for Syros International Film Festival’s 8th edition with a two-day back-to-back drive-in, unique performances in the historic shipyard of Tarsanas, and an opening night at the Pallas open-air cinema in Hermoupolis. From the 3rd to the 6th of September, shortly after the end of the summer season, the Syros International Film Festival returns to the capital of the Cyclades for its eighth edition, continuing to explore the theme of “Off Season” which launched in July 2020 and will reach completion in July 2021. Due to the special circumstances caused by COVID-19, SIFF will present a program that will span a period of four days, with one central action per day. All screenings and events will take place outdoors and will draw on, as every year, the cultural heritage and history of Syros in unexpected ways.

The Festival will open again this year at the Pallas open-air cinema, in the island’s city center, located a heartbeat away from the emblematic town hall of Hermoupolis. Fedora, Billy Wilder’s penultimate film, with William Holden, is the selection for the official opening of the Festival. The film was in a sinful and melancholy Corfu: a place taken from the imagination, far from the drama and rot of the Hollywood hills. The evening will conclude with a program of short films presenting three different versions of island life. A cinematic exploration of the power of the Aegean Sea to unite and separate through rituals of the everyday.

This year’s -shorter- ‘tour’ of SIFF continues by the seaside, at the shipyards of Hermoupolis. Located at the edge of the island’s port, and often overlooked by visitors, Tarsanas offers special beauty and history of the capital of the Cyclades. An in-use ship-building and maintenance site, Tarsanas keeps the traditional techniques of shipbuilding alive. On Friday night, SIFF invites contemporary Greek artists working with eight-millimeter film, the cinematic format most associated with capturing the holiday experience, the film material used in the first “home movies”. Constantinos Hadzinikolaou will present a film performance titled Houses Off, Desserts, Etc. with the film camera as an integral part of the action, setting in motion a series of images evocative of relief paintings. 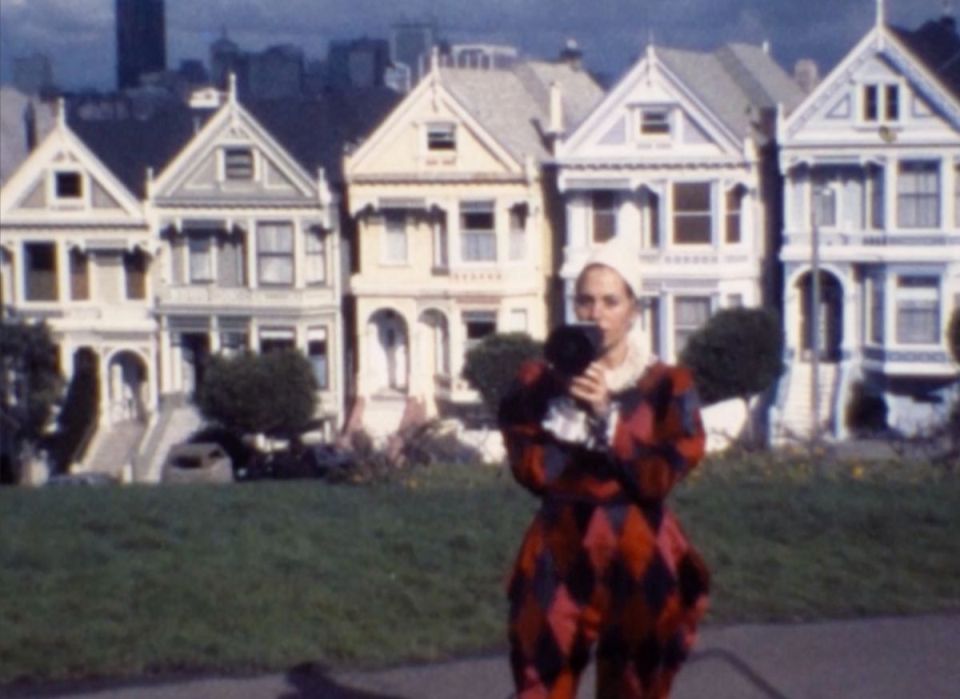 Next, Natasha Giannaraki and Lara Eidi will present a performance based on a collection of footage from Super 8 films and mini DV tapes from another decade, which feels like a whole other universe, especially now: freedom of movement, cheap air travel, living out of a suitcase. A quilt made of different travels: Athens, London, remote Greek islands, San Francisco, New York, Mexico, Thailand, Australia.

The evening will close with the Greek-American musician Christina Vantzou premiering an original musical composition that will accompany the screening of the film Hotel Monterey (1973), a silent documentary by the pioneering Belgian director Chantal Akerman. Guiding us through the rooms, elevators, and corridors of a rundown hotel on New York’s Upper West Side, the Belgian auteur’s meditation on confinement and transience meets Christina Vantzou’s multilayered, ethereal compositions in an all-new commissioned live score.

For the next two days of this year’s Festival, the SIFF team organised two double-feature drive-in film evenings, to celebrate six years since the very first SIFF drive-in event in 2015, in SIFF’s favorite spot, Dellagrazia of Posidonia. Minnelli’s Brigadoon (1954) with Gene Kelly in a classic tale of fantasy and reality, and the psychedelic Kromanov’s Dead Mountaineer’s Hotel (1979) from the USSR, as well as  Clair’s fantasy The Crazy Ray (1924), and Panoussopoulos’s Honeymoon (1979), exploring a world where everything is missing, are the films that visitors will enjoy at the SIFF drive-in this year. The program will be enriched by a series of short films, including Wayward Fronds by the Festival’s guest Fern Silva. 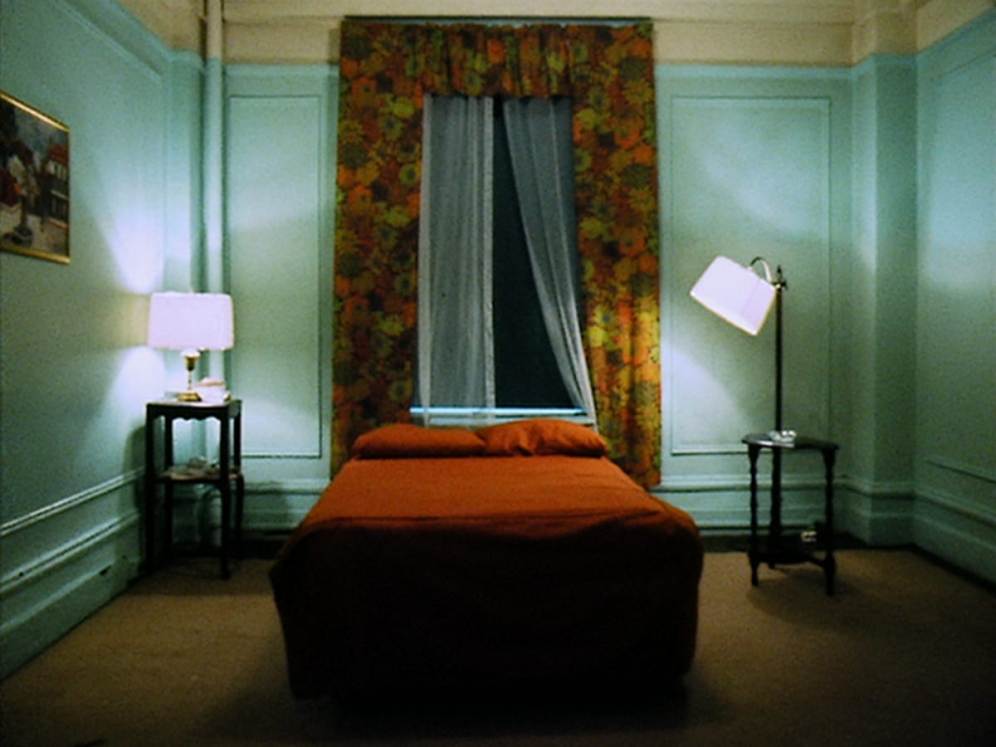 A workshop that invites participants to follow hikes with local and international artists in unexplored areas of Syros, focuses this year on the “lazaretto” structure type, the first organized quarantine facilities for travelers and goods. The historic lazaretto of Syros is the central site from which to consider historical, geopolitical, theoretical, and experiential approaches of space, travel, and health management.  Dimitra Kondylatou is interested in the limits of art and its entanglements with tourism and everyday life. Her work includes video essays, narrative films, digital drawings, and workshops.

The Syros International Film Festival fully complies with the guidelines and recommendations of the Covid-19 Committee of Experts of the Greek Ministry of Health for the safe operation of live events and open-air performances with seated spectators. Audience members are kindly requested to follow the guidelines closely. The Festival team is at the audience’s disposal for further assistance during the events. Wearing a face mask is required throughout the open-air screenings and performances, with the exception of the drive-in area. All screenings/events are free of charge. The number of viewers per screening/event on Thursday and Friday is limited to 50 people; the drive-in screenings on Saturday and Sunday have a capacity of 50 vehicles. All entry is on a first-come, first-served basis. For reasons of safety and to avoid delays in the program, timely arrival at the Festival venues (approx. 30 minutes before each screening) is strongly recommended.

The program may be modified due to exceptional developments in the health sector. Please follow SIFF’s Facebook page (@syrosfilmfest) for the latest developments.