Gov’t on Refugee Crisis and Schengen 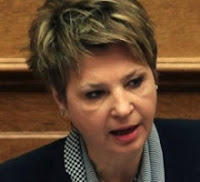 The Greek government has repeatedly pointed out that the migrant and refugee crisis is a European issue that needs to be dealt with at European level. As the crisis continues to escalate, recent media storieshave been reporting that Greece is being threatened by the EU with suspension from the Schengen Zone unless it overhauls its response to the migration crisis by mid-December.

Responding to the reports, the government admits it has come under pressure on the issue, but strongly rejects allegations of any threats at official level.

According to a press statement issued yesterday, government spokesperson, Olga Gerovasili underlined that suspension has never been raised in the EU framework, noting her regret that certain circles within the EU insist on distorting reality, in the belief that Europe's future could be structured on phobic reflexes, fences and exclusion.

Noting that despite great difficulties, Greece has been fulfilling its European obligations, including the setting up of hotspots, accommodation centers and exercising effective border management, a fact very clearly acknowledged at the recent meeting of eight EU Member States in the margins of the EU-Turkey Summit. Meanwhile, Greece expects its European partners to fulfill their own commitments.

Alt. Minister for Migration Policy Ioannis Mouzalas also acknowledged that Greece is under pressure from some European states that think it feasible to control inflows at sea borders. Adding that as long as Turkey does not put an end to people smugglers operating on its coastline, Athens could not stop boats loaded with refugees from landing on its islands in the Aegean Sea.