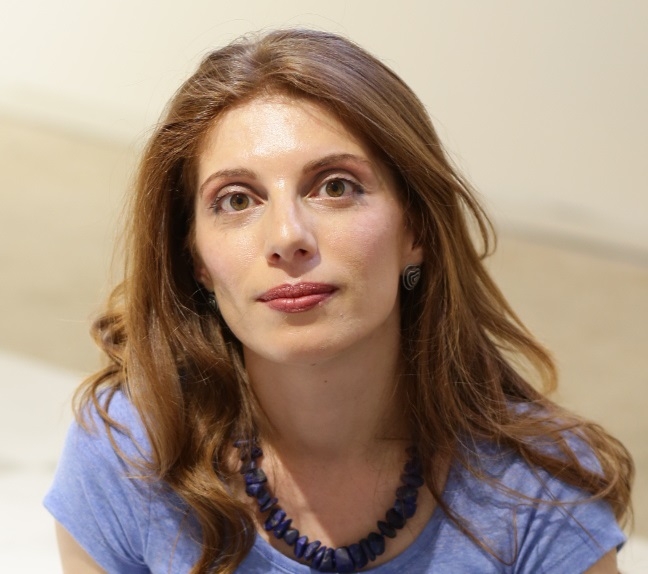 One of the projects taking part in Art-Athina 2016 (May 26-29, 2016) under the auspices of the Ministry of Culture and Sports is “Compassion”, an art and philosophy project that was founded in 2015  by a voluntary initiative of active citizens, artists, cultural managers and academics, based in Hamburg, Germany and Athens, Greece. Curator of the project is Dr Efi Kyprianidou who specializes in Cultural Policy and Management issues. She spoke to Greek News Agenda (GNA)* about the initiative and shared her views on the role of contemporary art in times of crisis.

Q: You currently curate the second version of the Compassion project which is to be presented at Art- Athina Platforms. Can you provide an insight on how the idea about this initiative came to life, as well as on the subject of the current exhibition?

A: Compassion is a non-profit, volunteer-run arts collective acting in Athens, Nicosia and Hamburg. Our aim is to promote public awareness regarding the support and understanding of patients with chronic illnesses. We wanted to understand the experience of illness and encourage doctors, psychologists, philosophers and artists to engage in an interdisciplinary dialogue regarding the meaning of illness. Our activities are founded on the belief that art can provide valuable insight into a number of issues associated with illness and medical practice. Such issues include: the distinction between the objective approach of western medicine and the subjective experience of illness and pain; the relationship between art and medical practice; the meaning of health, illness and pain; the effort for empathic understanding; the relationship between the sufferer and the physician; the quest for equal access to healthcare system; and the ethics of medical treatment in the light of some of the pharmaceutical industry’s questionable practices. 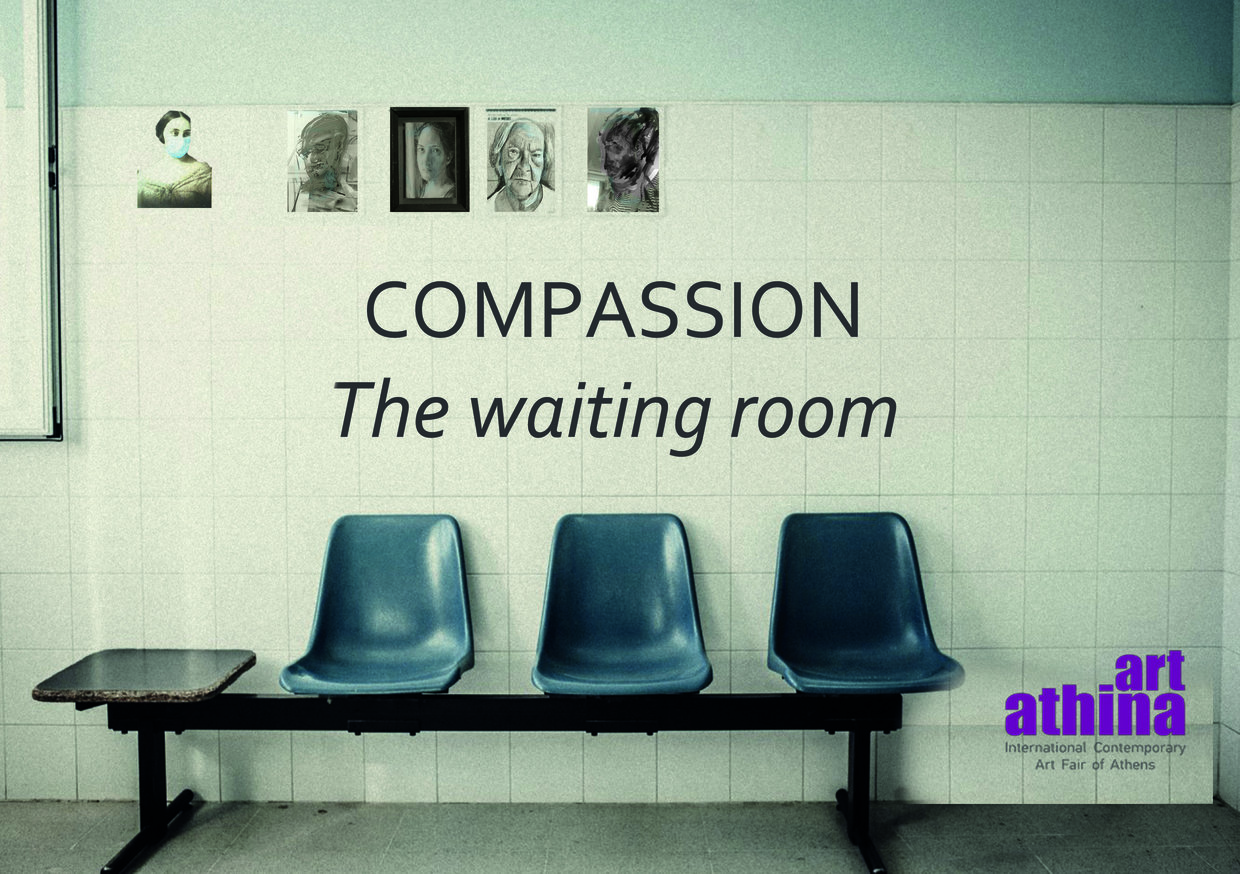 The subject of our latest project “The Waiting Room”, to be presented at Art-Athina Platforms, explores the concept of empathy that is the innate ability to experience another’s experience and share his emotional condition. “The Waiting Room” reenacts the experience of sitting in a waiting room of a hospital - a rather common experience for anyone who has ever fallen ill or who has stood by the side of someone else fallen ill, feeling that he is laying somewhere between the hope for cure and the agony provoked by the disease, between the reason of life and the irrationality of illness. Moreover, after reading the Greek Minister of Culture and Sports Aristides Baltas’s open letter to artists and intellectuals calling for solidarity and support to refugees, we felt that the experience of staying in a waiting room alludes to, in an uncanny way, the condition of the refugees and the immigrants, who are trapped between the disease of the war and the hope of a European Eden; that await for the verdict of history between hotspots and fenced borders. Participating in our project are four young artists from Greece and Cyprus (namely Christos Avraam, Nikos Gyftakis, Kyriakos Kousoulides and Penny Monogiou) who engaged in the creation of a novel group installation on this issue, by combining painting, sculpture, ready-mades and interactive video projections.

Q: The first version of the project was presented in Berlin (October 2015). How was the project welcomed in Germany? Do you believe that cultural collaboration - exchange between Northern and Southern European countries can serve as a tool to overcome cultural stereotypes that were prominent in Europe, during the recent years of the crisis?

A: For the first phase of our project, which was titled “Compassion- On the phenomenology of being ill”, a space at the Art Center Kuenstquartier Bethanien (a former hospital) was transformed into hospital rooms and 13 artists from Greece, Austria, Germany and Cyprus - among them Ulay, Günter Brus and Alexandros Psychoulis - presented their work. The exhibition was well received from the Berliners, who were eager to learn more about Greece and the current economic and social situation in the country. Overcoming well rooted cultural stereotypes is not of course easy, but art is surely an excellent means to achieve this.

Q: As a consequence of the eurocrisis, public expenditure for culture and arts has decreased dramatically and the cultural sector finds itself at a turning point where new ways of managing arts need to be established. In your opinion, what could be a possible way forward, in terms of cultural policy & diplomacy, for countries that have been plagued by the crisis?

A: It is true that European countries, Greece in particular, had to reduce culture/ heritage budgets and subsidies to independent arts and cultural organizations or even abolish some state funded cultural institutions; the ones that survived see their futures hanging in the balance. However, at the same time, we witness a spur of privately funded large scale cultural projects and organizations such as Stavros Niarchos Foundation Cultural Centre, Onassis Cultural Centre or Neon Organization that actively support very important cultural initiatives. Recently Renzi’s goverment in Italy - a country that like Greece has historically financed cultural heritage - introduced a 65% tax break for money put into cultural projects, a programme that resulted, for example, in the major restoration of the Trevi Fountain by the luxury brand Fendi. I know that in Greece we tend to be rather suspicious of the involvement of private funding when it comes to cultural policy, but I think that right now it is the only option. And may I say that it is a good one: cultural policy in Greece should gradually move away from the model of the “architect state” where the government contributes the major part of financial and political resources for culture. I think that time has come for creative synergies between public and private cultural institutions and independent arts and culture initiatives. Greek culture policy should invent its own model where the State and the Ministry will have a regulative role in those synergies in order to ensure that cultural creation will not be further harmed by the lack of public support and subsidy.

Q: Could there also be a positive side to the crisis taking into consideration that in Greece, for instance, there is a burst of cultural activity in recent years? Is it true that in times of adversity, artistic creativity blossoms?

A: Well, yes and no! It is of course true that we have seen a cultural and creative explosion in recent years and the economic and social crisis has been a major theme. For these and other reasons, the Greek cultural scene has been spot on and at the heart of major international events, such as the Documenta. However, it would be a dangerous simplification to argue that a crisis has in the end a positive side for cultural activity. Cultural initiatives and artists need funding and support; maybe private subsidizing is fine for big institutions, but it is of no use for small struggling organizations or individuals working in the arts. In times when more than 7 million Europeans work in the field of creative industries with more than 550 billion revenue per year, it seems obvious that investments in cultural industries should be sought after, so that cultural and artistic creativity can really develop.

Q: What are the plans, objective and vision of the Compassion initiative for the future?

Compassion is also planning a series of events to be held in Athens next year as well as an innovative project of digitalization of the Athenian hospitals.

*Efi Kyprianidou holds a Ph.D. in Philosophy from the University of Athens. She received her MA in History and Philosophy of Science and Technology from the National Technical University of Athens. She also undertook some graduate work in media, culture and communication and received her MA in Cultural Management. She has curated a number of individual and group art exhibitions in Greece, Cyprus, Germany and the UK. She is the academic advisor of the Cyprus Virtual Art Museum and an Adjunct Lecturer at the Open University of Cyprus on the subject of Cultural Policy and Development. She and artist Penny Monogiou are the co-founders of Compassion Arts & Philosophy collective.