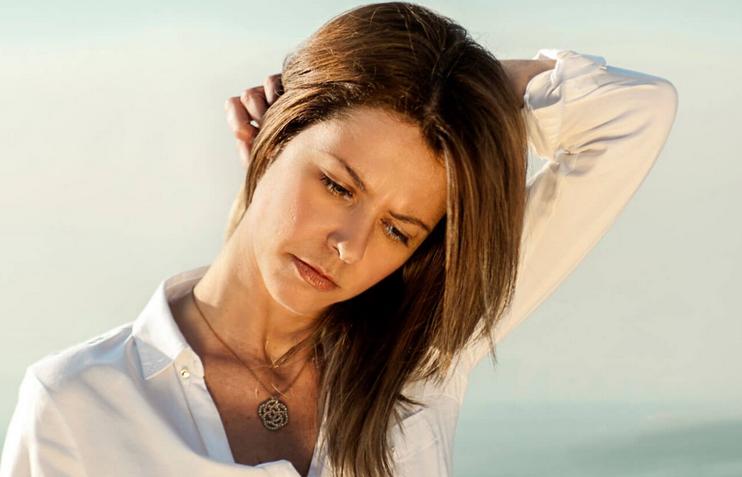 She studied composition at the Department of Music in Aristotle University of Thessaloniki (2003 – 2008), with Professor Christos Samaras. She completed a PhD in Composition in Edinburgh University with distinction (2008 – 2012) under the supervision of the professor Nigel Osborne and Michael Edwards, where she was studying with a Greek National Scholarship from Union of Greek Composers (2008 – 2009) and IKY Foundation (2009 – 2011). She studied composition with Michael Jarrell at the Vienna University (2012 – 2013). She worked as a postdoctoral researcher in Music Theory & Composition with a fellowship of the Research Committee of Aristotle University of Thessaloniki (2013 – 2014). She participated in many international composition workshops in USA, UK, Germany, France. She was also selected to participate at Manifeste Academy for young composers at IRCAM with Toshio Hosokawa, in Paris (2017).

Lina Tonia is founding member and artistic director of Meet the Art, artistic series of concerts and performances around Modern Art in Thessaloniki (2015 – 2016). She is teaching Composition and Aural Skills in Macedonia University, Department of Music Art and Science, in Thessaloniki from September of 2016. She gives lectures and seminars about composition and contemporary music. She is a jury member at ENKOR International Music Competition from 2014. She is a member of Greek Composer’s Union. 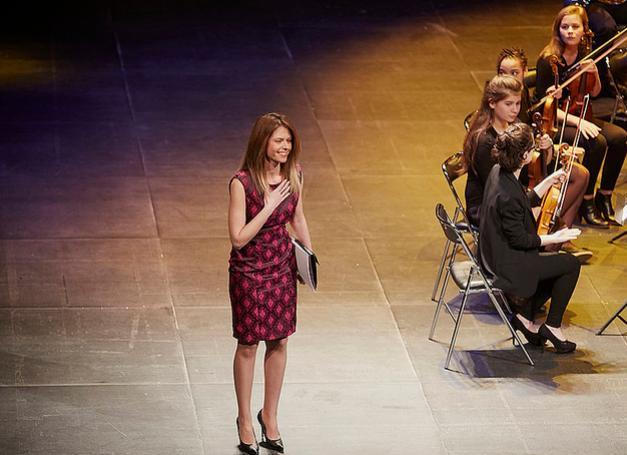 Lina Tonia talked to Greek News Agenda* about her artistic choices as a composer, stressing her quest for a unique way of expression, as uniqueness is the basis of evolution in art. Asked about the difficulties to endeavour in an international setting, she underlines that Greek musical tradition is less associated with contemporary music in comparison with the tradition of German or Austrian composers.

What prompted you to choose the composition of this kind of music?

The need to look for a new world of sounds in which nothing had been formulated in the same way in the past. The composer carries within him the responsibility of a creator, which makes him a "mastermind" of uniqueness. To this very need of a search for uniqueness, we also owe the evolution not only of music but also of art in general.

Many of your works have been awarded and have been performed all over the world, beyond Greek borders. How easy is it for Greek composers to present their work abroad?

I believe that the recognition of an artist or a scientist at a global level is the result of continuous and fully committed hard work in his field. In art and especially music, which involves a variety of aesthetical issues, it is not easy to endeavor in an international setting, even more so for us Greeks whose musical tradition is less associated with contemporary music (I mean the evolution of classical music) in comparison with the tradition of German or Austrian composers.

Do you think success at an early age encourages an artist creatively?

I feel it confirms the correct direction of the artist’s course and creates incentives.

The titles of your projects seem to prepare the listener for what he will hear. Do you consider your music “programme music” and, if not, to what extent can a non-musical factor influence you and how does it penetrate your musical discourse?

I do not consider my work “programme music”. As I have already mentioned, music has the power to introduce us into an unexplored world in which each person gives his own dimensions. This fact, combined with imagination, has often prompted me to use an extraneous element but perhaps also an unrealistic event to translate an unknown sound into my thoughts, such as the image of a sea of lava on the surface of the moon. Other times I am concerned about the relationship that links numbers or geometric shapes with the organization of my musical thinking, but all these are just things that create occasions.

What do you like to incorporate into your projects? Do you think a Greek element exists in your music, and if there is, how easy is it to recognize it through this kind of music?

The Greek element I feel is evident in my music mainly from the drama that characterizes it. I do not think about what I need to incorporate into my works. The musical speech I have developed almost guides me blindly. The Greeks have the fate of experiences from the nature of our country that are difficult to interpret or integrate into the perception of other peoples. The clear sky, the whiteness of the houses alongside blue waters, a carved stone, are all that inspire us consciously or unconsciously, and they guide us to share in every way the Greek light.