Filming Greece | Iris Baglanea on the Liberating Power of Trauma 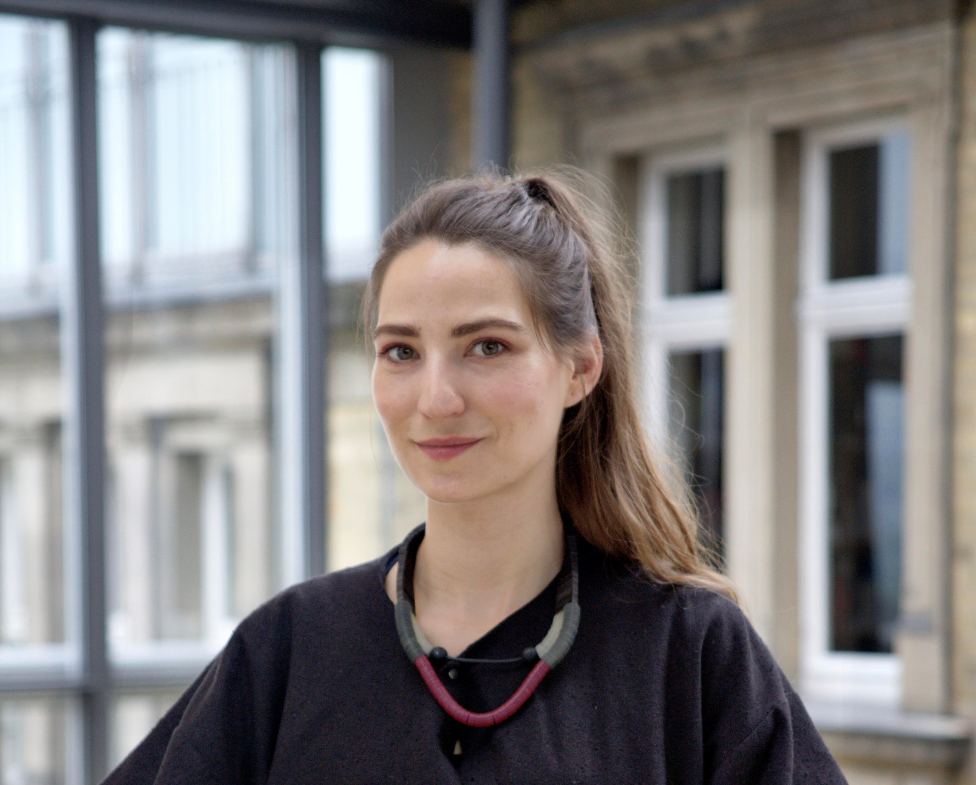 How do we understand and how do we approach life and its challenges? Isn’t our response to what we feel filtered through the set of experiences that form us as individuals? That is the case with “Goads”, the first film by Iris Baglanea. The viewer is invited to a charmingly ambivalent place, where the magic of children’s imagination meets, or rather collides with the harsh realities of life. And that is the point where experiences are beginning to form.

The story revolves around a family that has chosen to live away from the city: the mother, father and their two little girls. The film shows the point of view of the two little girls while being taught by their father that death is the natural conclusion of everything that is alive, which he calls the "Circle of Life". Three different approaches to the subject are given: the father sees only with the mind as he endeavors to rationalize everything, the mother approaches the issue with sentiment, while refraining with fear from any action, and the children with pure instinct, as their responses have yet to take on a specific form. That is why at the end of the film, the eldest daughter, Hera, calls for mum, mum being her mother, Mother Nature itself, refusing at an instant to be part of this circle.

Iris Baglanea grew up in Corfu, Greece. She is a director and performer. As a performer, she has won the Grand prix Europa 2015 with AndCompany&Co for the performance «Orpheus in der Oberwelt» and has participated in numerous International Theatre Festivals such as HAU Hebbel am Uffer (Berlin), Mousonturm (Frankfurt), Forum Freis Theater (Dusseldorf), Hippodrome (Douai, France), Steirischerherbst (Gratz, Austria), Belluard Bollwerk International (Fribourg, Switzerland). She has also participated in Dokumenta 14 (between Athens and Kassel) with the performance ROUND UP. Recognizing the therapeutic aspect of performing arts, she has expanded her knowledge by studying Dramatherapy in Berlin and has worked with mentally ill patients and unaccompanied refugee children in Greece.

“Goads” (2020) is her first film as a director, which has won best short film award from the Greek Society of Film Critics at the International Short Film Festival in Drama (Greece) and the Silver Athena Special Jury Prize at the Athens Int. Film Festival. It was also officially selected by Zinebi - Bilbao International Short And Documentary Film Festival (Spain) and Riga International Film Festival (Latvia) and continues its festival adventure. In her interview with Greek News Agenda*, Iris Baglanea talks about the different role models the two parents represent in “Goads”, the way she worked with location to build a sense of ambiguity and about trauma as a process of learning. 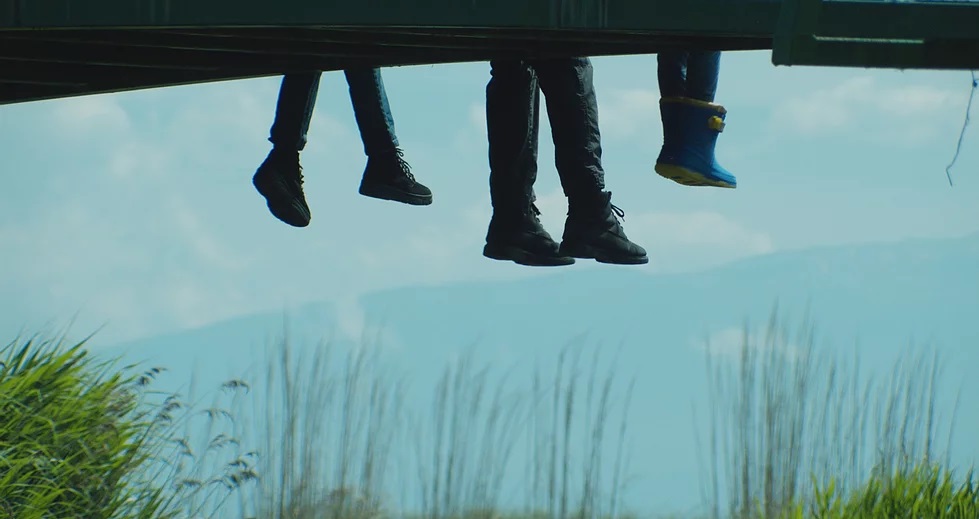 The father tries to liberate his daughters from the fear of death, but at the same time his methods could be described as traumatizing. What is his function in the film? Is he an educator / liberator or is he the villain?

That’s nature, the circle of life. What is trauma? There is vanity in everything we do; a vanity that stems from our aversion to accepting the finiteness of our existence. I believe that trauma is an experience that is instilled in a person, which, from an early age, leaves distinct marks on the personality. As such, we are all traumatized in one sense or another. This is the beauty of trauma, we as persons, are being educated by means of our collectiveness as humans, society, by ethics, the “right or wrong” of our Nature. From this aspect, the father is just a means, a way, for this message to reach his children and remind them of our past and future. If this is the way to teach, wouldn’t one try to do the best to pass consciously or unconsciously (and vice-versa) an ancient knowledge? I believe that a parent is destined to work like this. This is why, one could say, that children are a direct mirror of us. 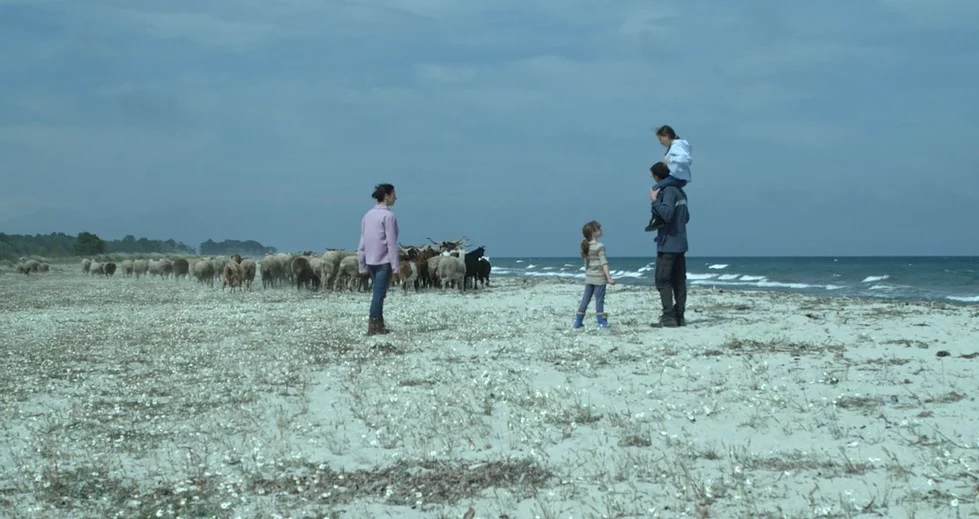 You structure the film around the point of view of Hera, the eldest daughter, while the mother is almost nonexistent. Why is that? Is the silence of the mother a symbolic death?

Yes, you could say that: the death of emotion, the laid back energy that rules us according to our likes and dislikes; Vanity again. How do we act? When we are afraid of something, we see our nothingness. But we are not aware of the way we do this. The mother with her stance, with her silence, symbolizes the “άλογο” (the one without speech) in us. “Mαμά” (mother) is the last word Hera utters in the film. It is as if she is confronting Mother Nature, resisting her own destiny and at the same time something dies in her. 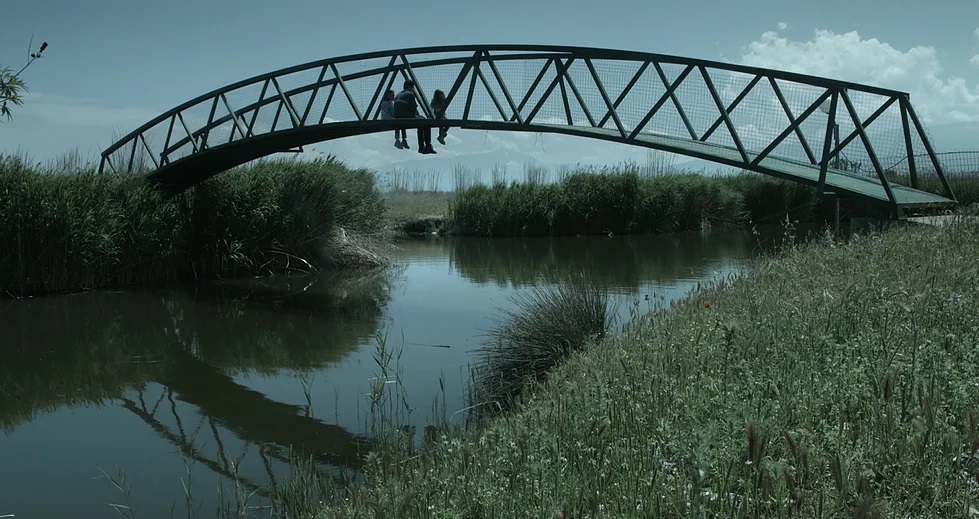 In “Goads” the beautiful landscape looks magical and ominous at the same time. How did you collaborate with DOP Olympia Mytilinaiou on this charming ambivalence?

It is the combination that we were able to create within the set, the combination of Olympia and me. I was trying to express exactly that, the magical and ominous landscape of myselfduring childhood. The images I had from my early years. Olympia was born in Litochoro and could understand very well what my intentions were. This process, filming the scenes and then the editing, it was a magical experience. We were editing the film and it was as if a therapeutic shift in me came at the same time that we were able to reach the final cut. 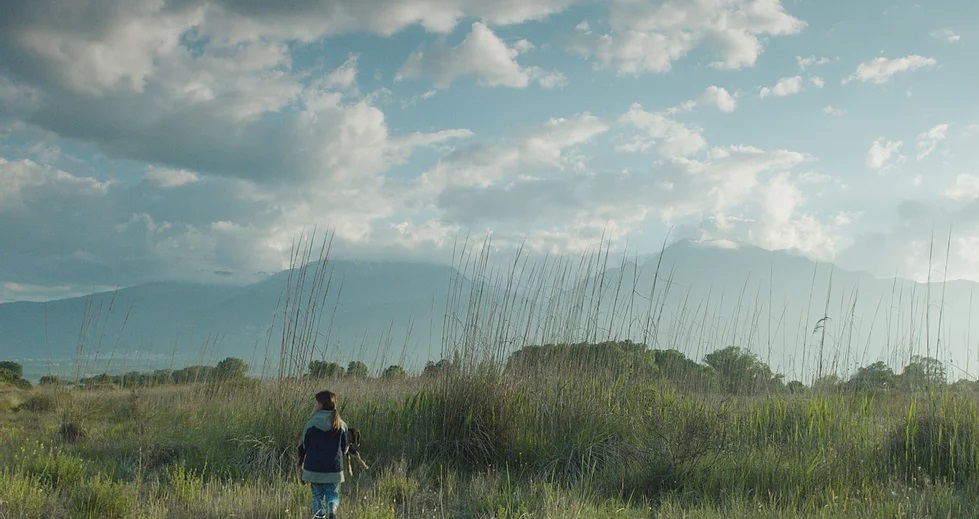 What is captivating in “Goads” is a general feeling of juxtaposing contrasts, the tenderness of childhood versus the harshness of real life and the changes included in what the father describes as the circle of life. Would you like to elaborate?

It is Nature. Death is a natural process that we are all afraid of in one way or another. All of society revolves around this. We refer to people as heroes when they deceive death. And this occurs in every aspect of our lives. The difference between a child and a parent is that the child still has this tenderness towards life, while being a parent makes you lose some of this by the necessities of life. The father in “Goads” has this idea that runs through his actions: if the children are actively taught about death, instead of hiding it from them, they can live their life without this fear. His great hope is that if his children accept this great fear then they will be liberated from every other little fear in life. How does one educate about death? Through nature, through the circle of life; harsh but true. 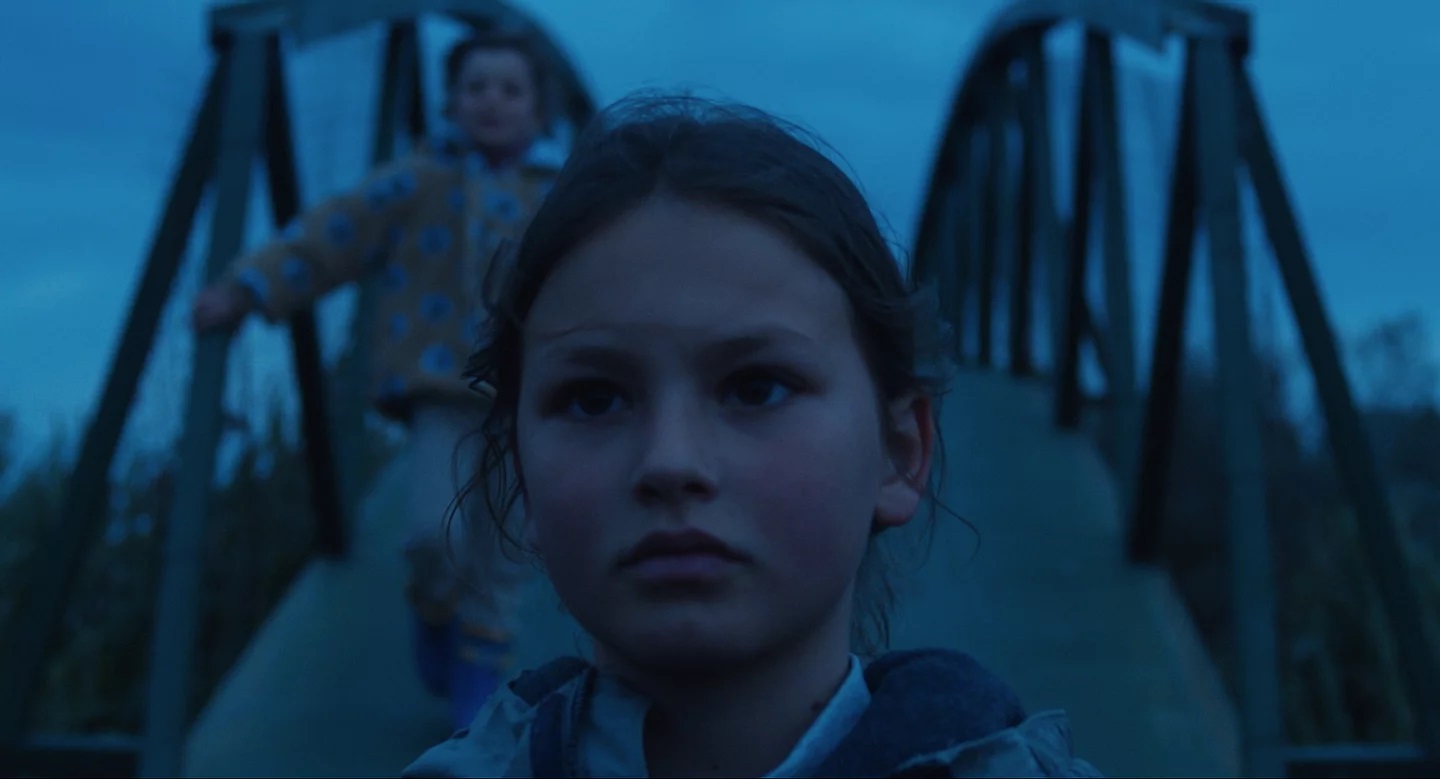 What were the challenges of making this film and what are your next plans?

Funds, which were not enough. Experience, I had little. Emotions, I had many that I wanted to express and had to find a way to do so. I was fortunate in that the Greek Film Centre trusted me to make this film, saw something in this idea, scenario and presentation and allowed me to do it. I am grateful to them and everyone that has collaborated to make this happen.

I like challenging projects. Shooting a film with children and animals as protagonists on the foot of Mt Olympus and the weather that entailed was a challenge. Making films for me is an experience, an emotional state that I try to pass to the audience. The topic I am interested in is the moment a paradigm shift takes place within a character, this very moment of metamorphosis. “Goads” was a first attempt; actually, it is only some scenes from the feature film that I am writing. Nonetheless, I want to have some more experience working with kids in different age groups as well before I proceed with my feature film. So I’ve also prepared a script for a short film, another coming of age story, very different from “Goads”, but also very similar at the core.