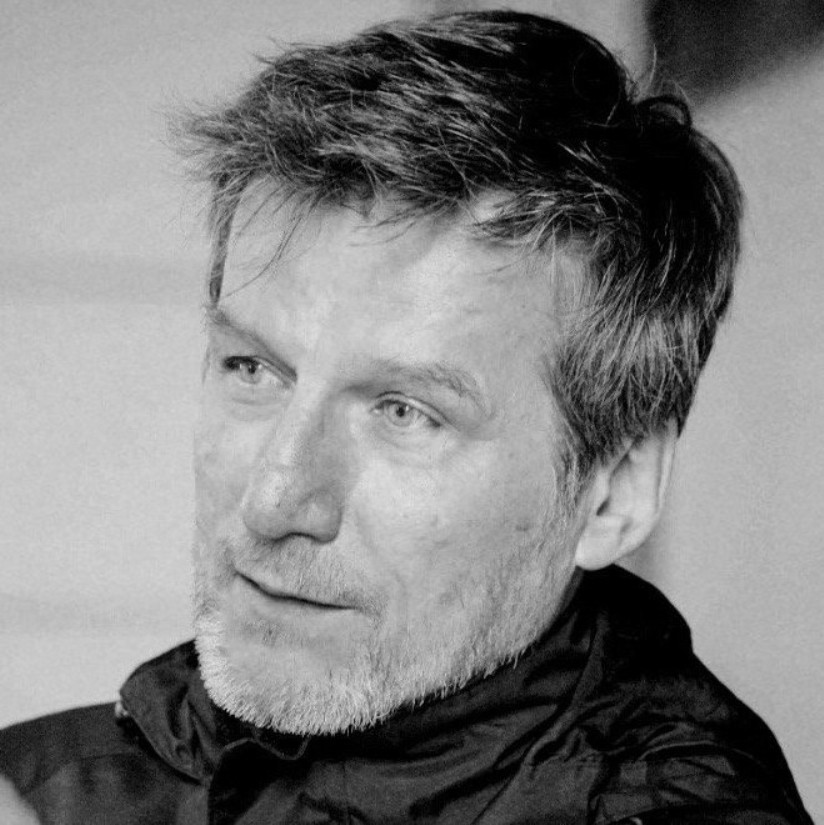 In the spring of 2020, during the Covid-19 lockdown period in Greece, the staff and administration of a nursing home in a northern suburb of Athens decided to self-isolate within the facility so as to rule out the possibility of infection. Their voluntary confinement lasted two months. Taking all necessary protective measures, director Christos Barbas and cinematographer Michalis Geranios filmed their documentary “Through the Window Glass, Three Acts” during the last three weeks of confinement.

Dealing with an unprecedented act in unprecedented conditions, such as the voluntary confinement of staff during the first lockdown of the pandemic and the suicide of Dimitris Kampanaros, the nursing home owner, Christos Barbas had plenty of options as to how to use his exceptional material. Opting out of the dramatization and exploitation of the tragic event of Kampanaros’ death, Barbas chose to film a philosophical documentary that serves as a memento mori to a society that is constantly trying to exorcise death or forget that it’s an inescapable destination, with old age and usually sickness being part of the process. In his interview with Greek News Agenda* Christos Barbas talks about his artistic choices and the life lessons he got from the inmates of the nursing home.

Christos Barbas is a Greek producer, director and creator of Timeline Productions Company. He studied Cinema and Communications at Sorbonne University. He worked as a Professor assistant at the D.E.R.C.A.V. (Paris III). He has worked as a special collaborator and director for C.N.R.S. and I.R.H.T in France. In Greece, Barbas has directed and produced audiovisual material for institutions such as the French Institute of Athens and the Ecumenical Patriarch of Constantinople (for the Ecological Symposia of the Baltic Sea and the Amazon), the Ministry of Education, the Ministry of Culture and Sport etc. He is the director and producer of the TV show “Remarkable Greeks” (ERT).

His filmography includes documentaries such as: “Scripta Manent” (C.N.R.S – I.R.HT), “The Ships of Kastoria” (ERT), “C.P. Cavafy, The One Who Dared” (COSMOTE). His latest film is “Through the Window Glass, Three Acts”, (Timeline Productions)

You decided to record the last weeks of confinement in a nursing home during the first lockdown in Greece. What drove you to make this film?

During the spring of 2020, no one in the world suspected that the Covid-19 pandemic and its consequences would be with us to the present day, a year and a half later. But at the same time, some people like Dimitris Kampanaros, director of a nursing home, "read" and analyzed data coming from countries such as Canada, Italy and France. Dimitris saw that most of the victims were nursing home residents; It was only a matter of time before this tsunami hit Greece as well.

The nursing home was the product of work and personal achievement of this young doctor of gerontology who, from the age of 26 to 41, ran this institution in an innovative way. And he did not want to lose one elderly resident to the pandemic. With the consent of the workers, he decided to seal the facility and quarantine it for two months until the storm settled down.
Staff and guests lived a unique experience that was unprecedented even at a global level.

At the same time, I felt suffocated by the general lockdown that had been imposed on us. I felt that the only way I could break free was through creativity. When I found out about the nursing home and their self-quarantine within the general confinement of the country, I asked if I could go and record life inside the facility. After I was granted the opportunity to visit for the last three weeks of that confinement period with the director of photography Michalis Geranios, and having taken the appropriate precautions, we "booked" room 215 of the nursing home.

It was a life rehearsal for me. An experience I could only imagine before I literally experienced it. I always thought that the elderly are children, when in fact they are young people who live imprisoned in bodies on which Time has done its job; and I wanted to meet those kids, talk to them. I tried to clear myself of all the biases I had regarding old age in order to uncover the young spirits that were imprisoned in old bodies.

There were times when I thought I was experiencing multiple dizzying levels of confinement, but the antidote was always the anticipation of what I would experience the next morning. 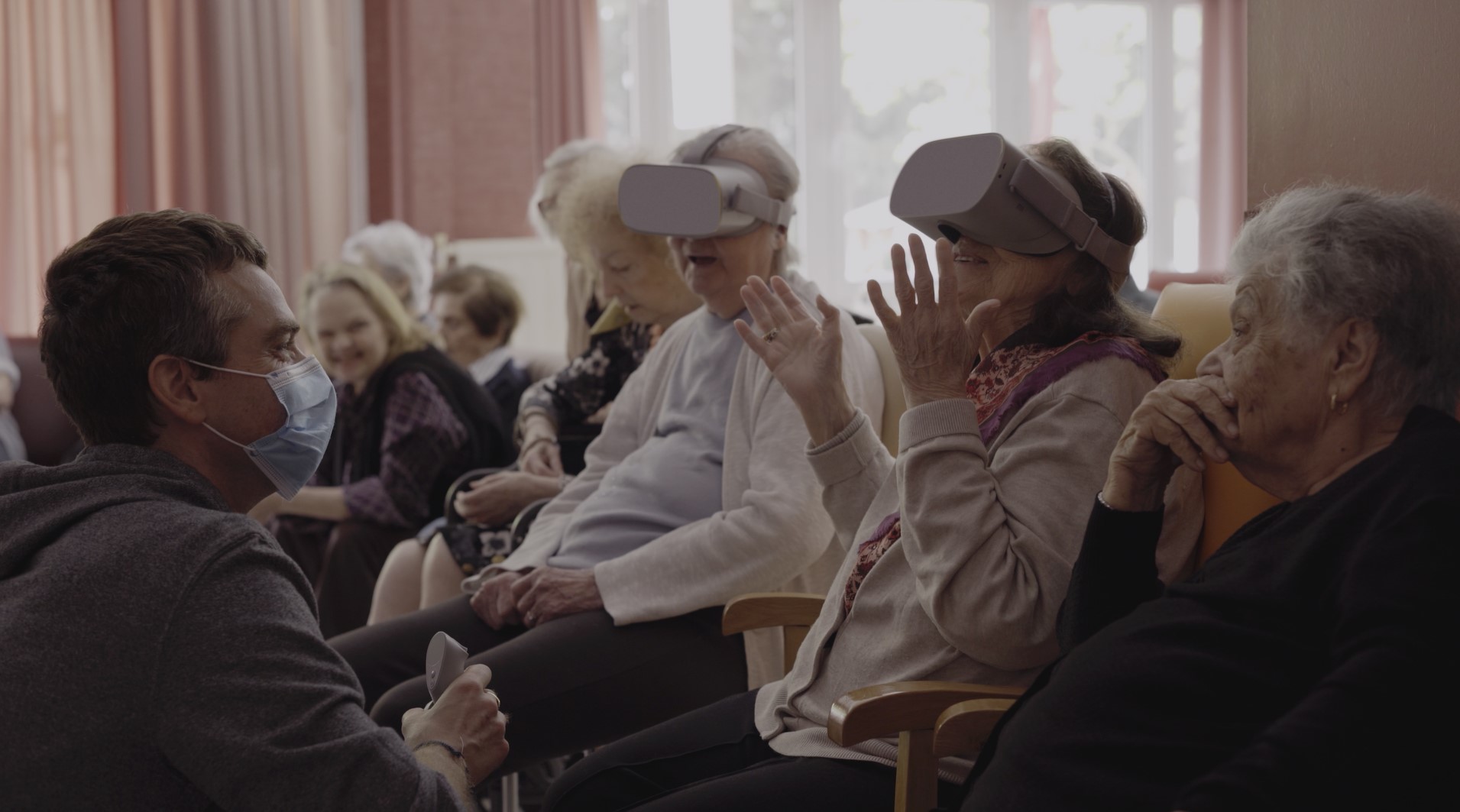 You chose not to refer to the suicide of Dimitris Kambanaros, the nursing home owner, who also was an exceptional gerontologist. Would you like to elaborate on this choice?

Dimitris ended his life five months after his confinement. At that time, in the fall of 2020, the film was halfway in the editing process.

After his suicide, it took us more than a month to resume the editing with the editor Alexandra Verykokkou. There were no dilemmas for me. My decision not to include Dimitris' act in the film was my way of honouring him and his work. For me, his actcannot be rationalized and I don’t consider anyone capable of adequately explaining it. It's very sad but it does not concern us. I did not want the film to stray from the universal questions it poses that relate mainly to who we are, what is old age, how you live with it and what we see "Through the Window Glass" of a nursing home. Surely our image will be on what we see. 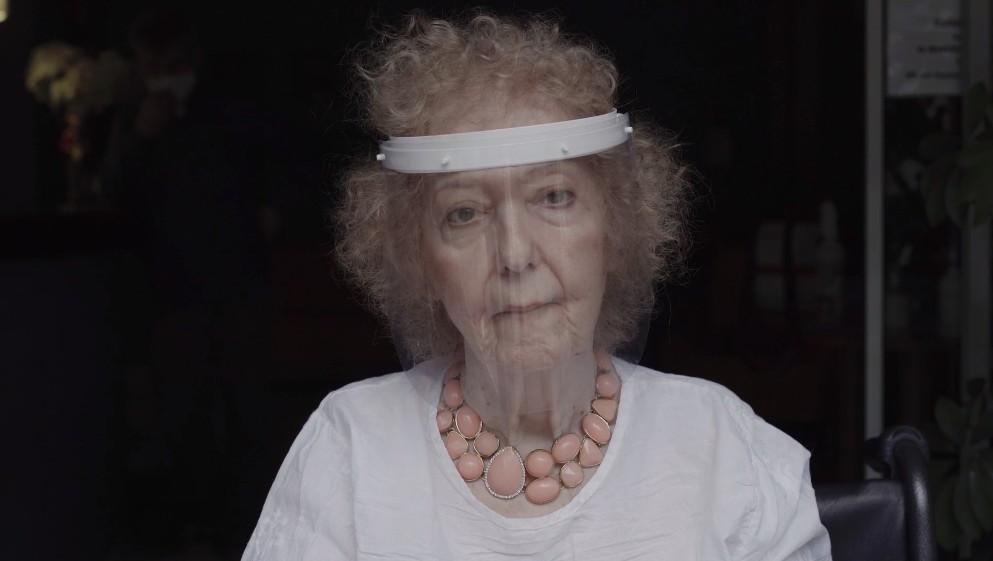 What were the main questions you wanted to ask the residents of the nursing home and what has this experience taught you?

What is old age, what is youth, how old do they feel; who is their favourite actor, poet, what is their favourite song; what do they miss. Whatever the question, responses came either in words, glances, or in pauses, but always reminding us that these people, the elderly of our world, are not a separate category of people. They are the same as us, they just happen to be old. They have desires and needs that go beyond the basics.

If life is a field of observation, the only thing that changes with age is the position of the observers. And these places of observation in this life are doomed to be temporary. 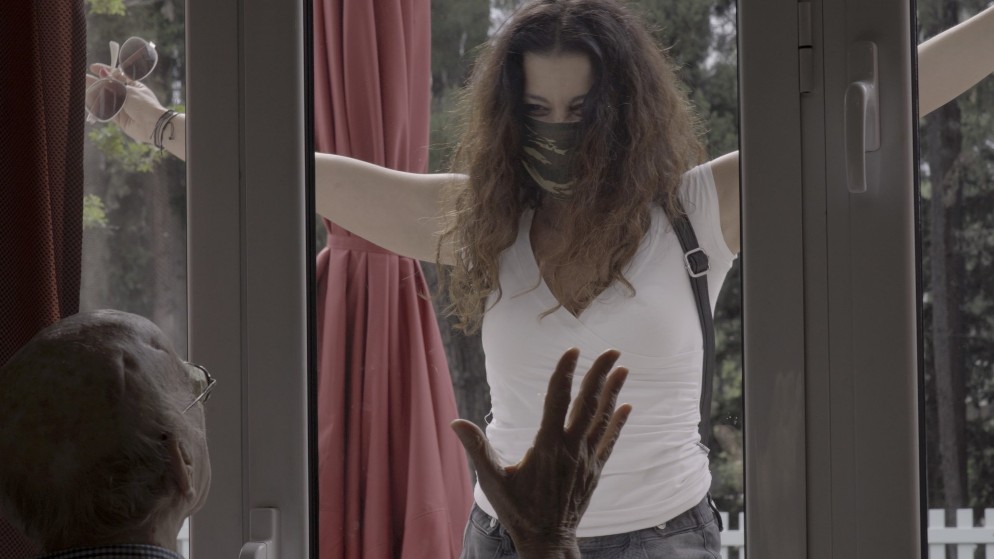 Old age, illness and death are prevailing issues in your film. How did you deal with these issues, considering that we live in a culture that worships eternal youth?

Youth has always been the beloved subject of humanity, in poetry, in the arts, the myths of the whole world. We feel a natural aversion towards anything that reminds us of mortality and fragility Aging, on the other hand, is the big picture of who we are and how far we can go, our limits.

Older societies alleviated feelings of futility by honouring old age so that the old were not excluded from the community. They were not exiled. The elders were the wise, the respected, not because there were no books available for everyone or the internet, but because this process of coexistence prepared society and its members for the changes that time brings to all, without exception.

In modern society, none of us prepares for this. Growing up with, and close to, the elderly is not part of our culture, it’s not something we are taught. Maybe now that life expectancy is constantly increasing and we will have more and older people among us, it is time to listen to reality differently because it concerns us all. In the elderly, we shall see ourselves in 20-30 years from now. 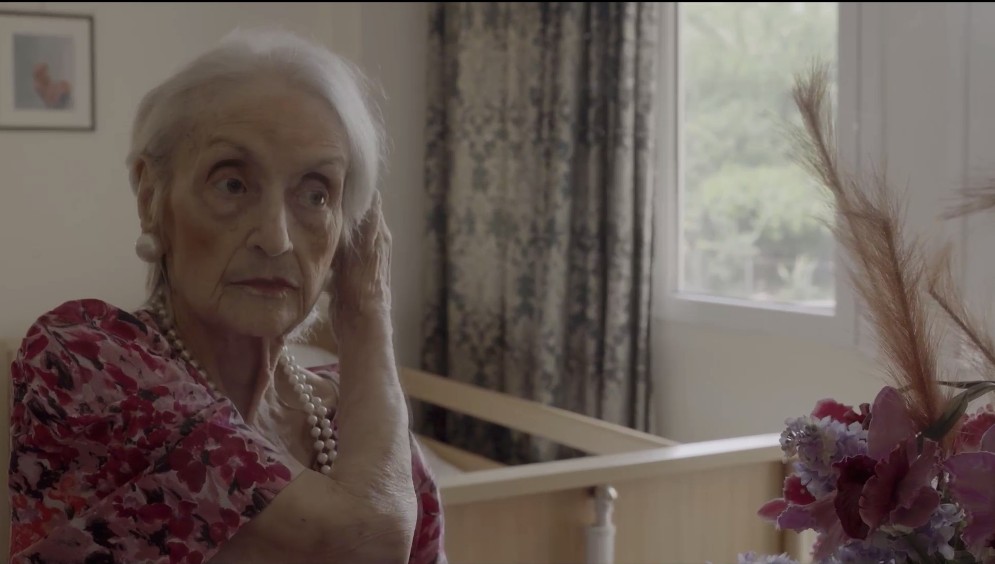 Your film is about an exceptional act in unprecedented conditions, a multilayered inclusion. How did you work on that concept with your DoP?

Dimitris Kampanaros had prepared us for the psychology of the elderly there. Many suffer from dementia or Alzheimer's. But even for those who did not have this kind of health problem, our intrusion into a space that had found its balance even during the confinement, our presence, combined with the cameras we carried, created fear.
I didn’t want us to be impatient and hurried. I wanted to enable people to come to us and ask us questions first. I chose director of photography Michalis Geranios not only for his talent but also for his human sensibility. When all the ladies after a week asked for a hairdresser, we understood that we had managed to become accepted. 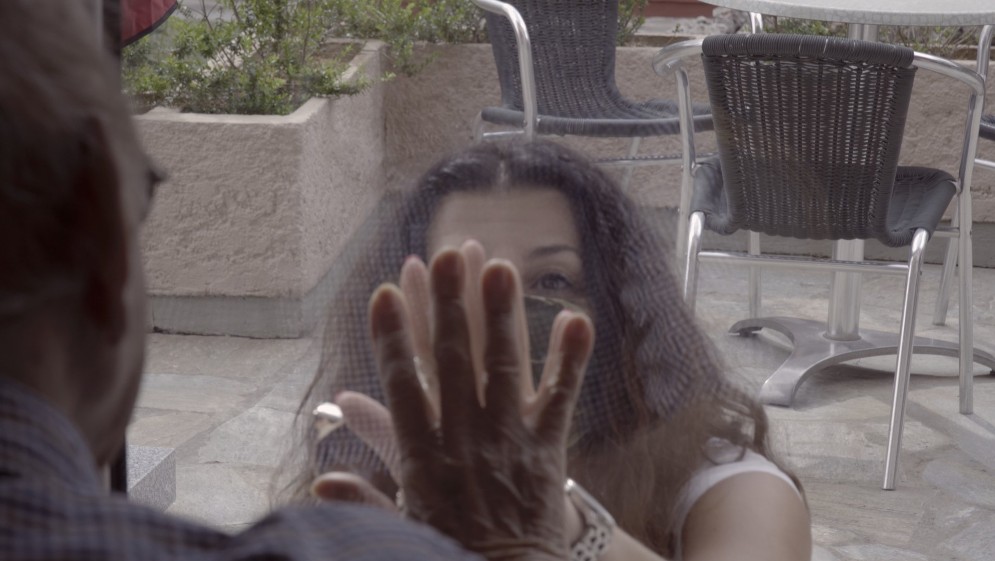 You composed the film’s piano score. What is its function in the film?

I want to clarify that I am not a musician. I love the piano and I only play as an amateur from time to time. During my stay in the nursing home, the out of tune piano in the living room was for me the place of confession where I could express things that can only be said through music. I recorded the music with the surrounding sounds. It was a raw music that showed the tempo of the emotions I felt while I was there. And raw as it was, it found its place in the documentary.

Watch the documentary trailer below: