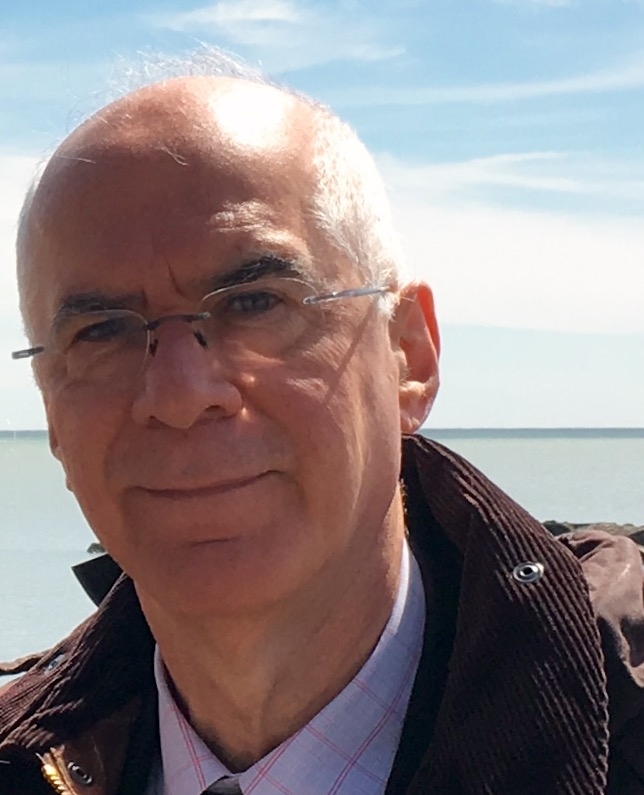 Michalis Psalidopoulos is a professor at the Department of Economics of the University of Athens and, since June 2015, Alternate Executive Director at the IMF. Before joining the IMF he was the holder of the Constantine Karamanlis Chair in Hellenic and European Studies at the Fletcher School of Law and Diplomacy, Tufts University, for the academic years 2010/14 and Chairman of the Center of Planning and Economic Research in Athens in 2015.   He took his first degree in Economics from the University of Athens and followed postgraduate studies in politics, sociology and economics at the Free University of Berlin, Germany. He was a Fulbright Fellow at Duke University in 1993, a Stanley J. Seeger Fellow at Princeton University in 1996 and a Visiting Research Professor at King s College, London in 1998. His research focuses on national traditions in the History of Economics and the relation between economic thought, economic policy and good governance.

Psalidopoulos has written extensively in his academic field of expertise. His earlier books include: The crisis of 1929 and the Greek economists, Keynesian theory and Greek economic policy, Economic theories and Social policy, and Xenophon Zolotas and the Greek economy (in Greek). He edited The Canon in the history of economics, Economic Thought and policy in Europe΄s less developed countries and The German Historical School and European Economic Thought for Routledge in 1999, 2002 and 2015 respectively, and was awarded the prize for the best economic treatise by the Academy of Athens in 2007 for his International conflict and economic thought (in Greek). His most recent publications are Economists and Economic policy in Modern Greece and Monetary management and monetary stability: The policy of the Bank of Greece, 1928-1941 (in Greek, 2010 and 2011 respectively). He has also edited A world of crisis and shifting geopolitics: Greece, Europe and the Eastern Mediterranean and The Great Depression in Europe: Economic thought and policy in context (both 2012). His very latest books are Desperate Supervisors: American economists in Greece, 1947-53 (2013, in Greek) and The History of the Bank of Greece, 1928-2008 (2014, in Greek). He has also published articles in History of Political Economy, in The European Journal for the History of Economic Thought and in History of Economic Ideas. He speaks English, German and French fluently.

In his interview with GNA*, Professor Michalis Psalidopoulos notes that Greek economic policy acquires a degree of independence that was nonexistent until 20/8/2018, adding however that Greece’s commitments vis-à-vis its creditors stand, and budgetary surveillance (as is the case with other EU member states) remains.

Professor Psalidopoulos underlines that Greece must take care of the balance of the economy, so that the need for support from the international community does not arise again and expresses the belief that that the medium-term growth of the Greek economy will be satisfactory, despite the burden of current taxation.

How different, in your opinion, is the day after for Greece after the end of the fiscal adjustment program?

The day after the expiration of the program differs in that economic policy acquires a degree of independence that was nonexistent until 20/8/2018. Greece’s commitments vis-à-vis its creditors stand, budgetary surveillance (as is the case with other EU member states) remains, but there will be no detailed day-to-day intervention in policy.

There are analysts who argue that we may have to sign-up to further stability support programs. What could our country do to avoid such a necessity?

I believe that we need to differentiate between serious analysts and professional prophets of doom. Any economy facing macroeconomic imbalances often needs the support of international institutions to overcome them. Our country must take care of macroeconomic stability, so that the need for support from the international community does not arise again. Vigilant monitoring of developments and immediate action is required when a serious imbalance occurs. The practice of covering up problems and avoiding changes in economic policy in order not to hurt vested interests must be eliminated.

Some economists and analysts believe that Greece's debt is not sustainable. What is your opinion?

The country's nominal debt is indeed huge, about 180% of GDP. On the other hand, an overwhelming part of the debt is public (European) and thus not subject to daily private speculation, while the governments' gross financing needs for the repayment of public debt are controlled, at about 15 to 20% per annum. The Eurogroup recently took decisions alleviating Greek debt and pledged to take further measures in 2033, if needed. Even the IMF, that used to call Greek debt unsustainable in the past, now says that it is “uncertain” after 2033.The debate must consequently shift onthe important issue of growth, disengaging itself from theoretical speculations regarding the viability of Greek debt.

Do you think that the Greek economy in the coming years will be in a position to converge with the most developed economies of the countries of the EU?

I believe that the medium-term growth of the Greek economy will be satisfactory despite the burden of current taxation. There are difficulties, without a doubt. Unfortunately, there is no possibility for massive public investment that would give the country the “big push” to reduce unemployment and to make use of idle factors of production. The belief that only theprivate sector can contribute to the rapid convergence of the Greek economy with the European ones, is stumbling on the big shock the private sector suffered over the last eight years. The expectations of Greek investors are still affected by the crisis, and the public sector should do more to induce private investors to take risks. I think the European institutions are gradually beginning to appreciate this problem.