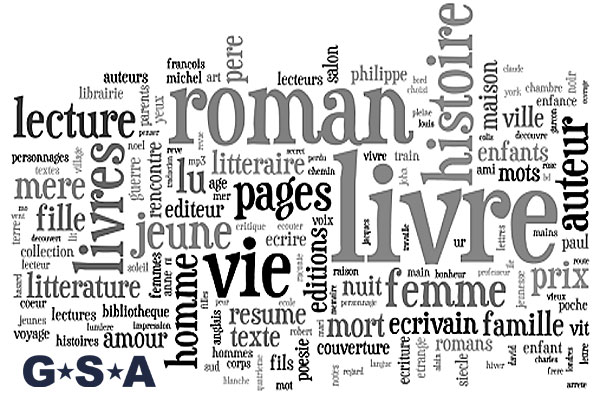 Study in Greece interviewed Professor Maria Litsardaki of the School of French Language and Literature at the Aristotle University of Thessaloniki (AUTh), on the Erasmus Mundus Joint Master Degree in European Literary Cultures - "Cultures Littéraires Européennes" (CLE), its profile and what it has to offer to international students. 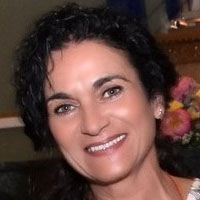 Maria Litsardaki is Professor and Head of the School of French Language and Literature of the Aristotle University of Thessaloniki. She is the Local coordinator of Erasmus Mundus Joint Master Degree in European Literary Cultures - "Cultures Littéraires Européennes" for Greece. She has participated in several conferences in Greece and France and published papers on French Literature, French and Greek poetry in European and Greek literary journals; she has also written books and edited collective works on these subjects. She is also the co-editor of the Greek journal “Theuth, the facets of writing” on literature and literary criticism, published in Thessaloniki.

Please tell us the detailed features and the teaching objectives of the high-level master's degree in European Literary Cultures which is offered at the Aristotle University of Thessaloniki with the support of Erasmus+.

CLE is a full-time 2-year Master's degree programme organised by a consortium of 5 EU and 3 non-EU universities. It seeks to provide a high quality preparation reflecting the multicultural aspects of Europe. At the end of the two-year programme, after defending their Master’s thesis before an international committee, CLE students receive a double or multiple degree issued by the universities of the Consortium where they spent at least one semester. The courses follow a general structure of four didactic units in order to allow the integration of the different mobility plans, to promote the student's mobility during the second year and facilitate the procedure of acknowledgement. After many successful years in the framework of the Erasmus Mundus programme, the European Union has recognised the excellence of the CLE Master Course, confirming on June 2018 the participation to the Erasmus + Erasmus Mundus Joint Master Degrees programme and the CLE Master Course was selected for the third time.

Students who obtain the Master degree in European Literary Cultures should possess a level of competence which corresponds to the "second cycle descriptor level" of the Tuning Project for European Studies. They should be able to interpret events, developments and EU policies in national, regional and local areas. Also, they should be able to use different disciplinary methodologies in a complementary way and develop a guided research project as well as work independently. In addition, CLE graduates should be able to understand and interpret EU policies, understand and interpret ideas and concepts from Europe and European integration. Finally, they are able to communicate in several international languages, using appropriate terminology and to move in different countries and possess good attitudes of cultural understanding, thanks to the compulsory mobility.

Please describe to us briefly how this impressive collaboration with a consortium of 4 EU and 3 non-EU universities is organised? Which will be the benefits for the students?

The CLE Master’s programme puts emphasis on the multicultural aspects of Europe and teaches students how to manage the manifold aspects of the European scene, offering them a multicultural education along three main methodological lines:

Cultural education in at least three domains of the European thought, ranging from literature to history and language sciences. High-level European languages education, complementing in-class with on-site practice in at least two countries of the CLE Consortium.

Dynamic education thanks to its programme of international exchange. The CLE Master’s programme wants to train dynamic and critical experts in the humanities, with a good awareness of country-specific problems and the ability to make competent decisions, relying on their rich cultural baggage.

Skill-based education intended to prepare the students to meet the needs of the job market. The CLE Master’s programme offers several complementary activities (seminars with international scholars and professionals) aiming to greatly improve its students' skills and to promote their employability. Therefore, the CLE Master's programme also includes a week-long workshop designed to implement its students' competencies and creativity as well as their knowledge of the job market.

Why should students choose Greece and more specifically Thessaloniki among the other European cities?

Students have the option of attending courses at the Aristotle University of Thessaloniki if they have excellent knowledge of the Greek or French language.

Every city of the Consortium is undoubtedly remarkable and unique in its own way. Thessaloniki is and has always been a crossroads between East and West, a fact which becomes apparent not only in its rich history and countless historical monuments one can find in the city, but also in the vibrant lifestyle of its residents. Through the centuries, Thessaloniki remains a multicultural city where students experience an unrivalled amalgam of the traditional and the modern. In addition, it should be noted that, compared to other European cities, Thessaloniki is not as easily accessible, therefore many of our scholarship students view it as an unparalleled opportunity to explore Greece unencumbered by financial or other restrictions.

Taking under consideration that within the last years, there has been a remarkable effort for the extroversion of Greek universities, do you believe that this Master’s wins the bet of internationalisation?

The Erasmus Mundus Joint Master Degree in European Literary Cultures is by definition a true international programme, primarily due to its mandatory student mobility. All CLE students are required to attend two or three different universities in two or three different countries, thereby acquiring a new understanding of Europe, its history, policies, concepts and ideals. Students are immersed in the culture of each country they come to and internationalisation is further promoted by the comprehensive study of literature as part of their courses as well as the cultural activities universities organise each semester. Additionally, the fact that the majority of CLE students are residents of non European countries, further highlights the international character of the programme. Being part of the Erasmus community is of great importance for CLE students, since they are presented with the opportunity to associate with and create friendships with people from all around the globe who have extremely diverse backgrounds, thus becoming acquainted not solely with the European culture but with international culture. Indisputably, lies at the core of the CLE community.

What has been the output so far? Is it satisfactory?

The output from both former and current CLE students has been extremely satisfactory. Students are excited to be a part of the CLE community and welcome the opportunity to study in different countries. Most CLE students are inspired to further their studies in European Literary Cultures by applying for a PhD, while others choose to remain in Europe to find employment. CLE alumni have the qualities, the qualifications and the prospects to be employed in a variety of fields and they do so successfully. A university professor, a publishing house intern, a French Institute manager of cultural projects, even a virtual reality game designer are some examples of the potential of a CLE alumni. An equally important aspect that should not go unmentioned is the profound connection created amongst the students who, when asked to recount their experience of the CLE Master Degree, invariably mention not only the academic challenges they face and satisfactorily overcome but also they smilingly reminisce about the friendships and attachments they have formed with their fellow students.

Please tell us a few things about the Aristotle University of Thessaloniki - its history, its spirit and its efforts to evolve within the contemporary global scientific and research environment.

The Aristotle University of Thessaloniki has a long history. Eleftherios Venizelos was the first politician to start efforts to found a university in Thessaloniki but it was due to the initiative taken by the government of Alexandros Papanastasiou that the Aristotle University of Thessaloniki was founded in 1925. It first opened its doors a year later, in 1926 and is currently the largest university in Greece covering all disciplines. It has been actively participating in the Erasmus programme since 1987, accounting approximately one fourth of the total Erasmus mobility in Greece.

The Aristotle University of Thessaloniki has adopted a holistic internationalisation strategy, aiming to strengthen its role in the European and international knowledge community by building upon collective and personal academic achievements as well as enhancing visibility among the traditionally prestigious academic institutions all over the world, by establishing long-term cooperation schemes at research, education and training level. It also strives to reinforce its traditional presence as leading education and research institution in Southeastern Europe and Eastern Mediterranean, by building focused strategic partnerships in the area. The Aristotle University is also National Coordinator of “Francophonie”.

The Aristotle University establishes itself in modern society by playing a decisive role in academic exchange, good practices dissemination, and knowledge diffusion, supporting multicultural co-existence, social and cultural cohesion, and promoting sustainable regional development. All graduates are encouraged to think and act across traditional academic boundaries and across national borders and are equipped so that they may benefit from international knowledge and experience and support national and local dynamic development. The University endeavours to enhance cooperation with commercial enterprises abroad in terms of internship offers, in order to improve the students’ international employability.

The Aristotle University, despite its long history and remarkable historical accomplishments is simultaneously an extremely contemporary establishment. The Faculty of Philosophy and all each School separately, continue to maintain the high standards that have always distinguished it, as do all Faculties. It is important to note that there are many scientific innovations and competitions in which the Aristotle University has pioneered and continues to do so, one of the most recent and significant ones being the epidemiological evaluation of sewage surveillance as a tool to detect the presence of COVID-19 cases in large cities. Aristotle University students have repeatedly excelled in global and European competitions and contests in all fields of study and continue to do so. Beyond doubt, the Aristotle University is an entirely contemporary establishment, remaining true to its long history.