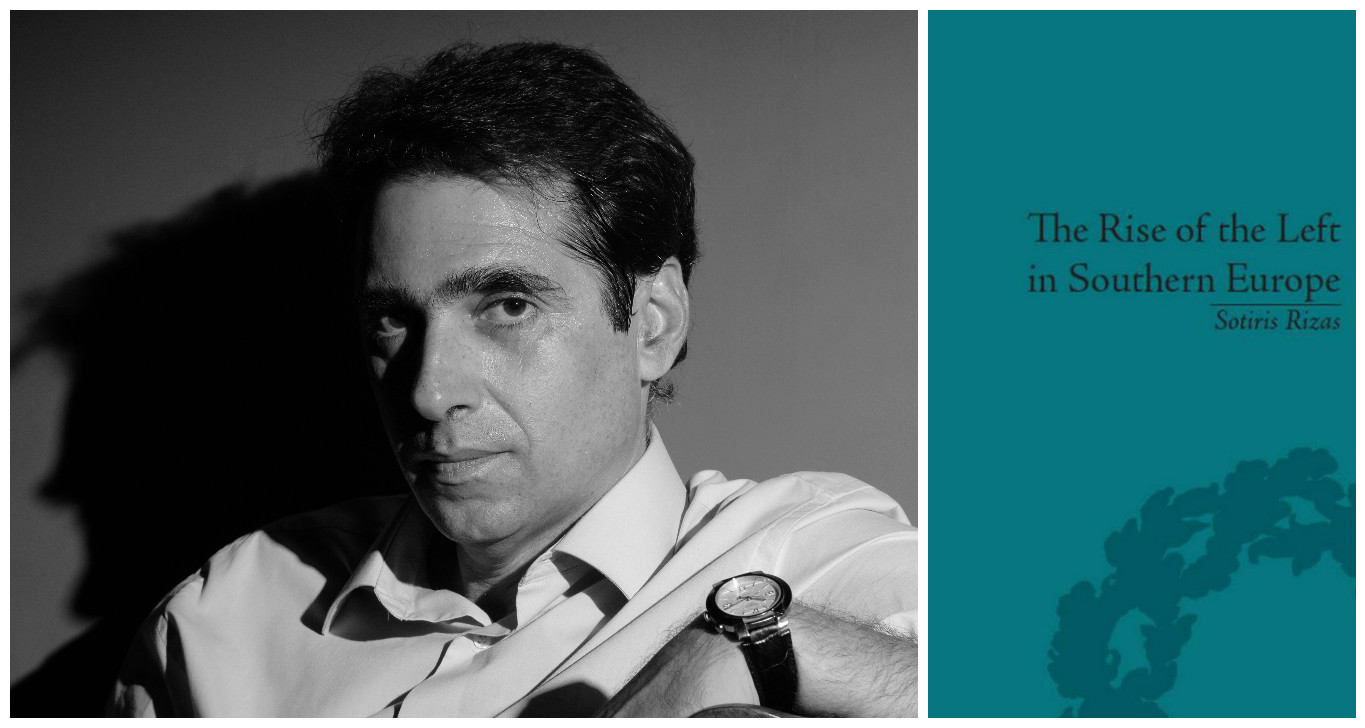 Sotiris Rizas is Director of Research at the Academy of Athens Research Centre for the Study of Modern Greek History. Dr Rizas has been member of the Advisory Board of the National Centre of Public Administration (2008-2011) and has taught at the National School of Public Administration and the Hellenic Open University. He has been Visiting Fellow in Hellenic Studies Program/Princeton University (2004-2005) and King's College/University of London (1994-1995).

He has published widely in Greek and English* on Greece's modern and contemporary history focusing on the political history and foreign policy of the Post–World War II period. His recent publications in English include a book on The Rise of the Left in Southern Europe: Anglo-American Responses (2012), as well as articles on Atlanticism and Europeanism in Greece's Foreign and Security policy in the 1970s (2008),  Domestic and External Factors in Greece's Relations with the Soviet Union: Early Cold War to Détente (2013) and  The Search for an Exit from the Dictatorship and the Transformation of Greek Conservatism, 1967-1974 (2014).

Sotiris Rizas talks to Greek News Agenda** about Greece’s European course, the causes of the European crisis, the debt impact on the European project as well as Greece's Europeanism from a a historical perspective. Dr Rizas concludes that if the European project is to be preserved, the pro-European middle classes have "to take into account the risks inherent in post-modern capitalism and accept the need of safety nets."

How does Greek Post–World War II history relate to Europe’s coditions, achievements and dilemmas? Would you like to elaborate on Greece’s “European course”?

Greece's postwar growth and prosperity was tied to European developments. Either as part of a US-led recovery or the Euro-Atlantic security arrangements, Greece's economic and security policies could not be understood detached from their European context. Moreover, from the 1970s onwards, Greece's European course was marked by European integration and the enlargement of the European Community to the South. It was a design with the dual aim of consolidating democracy and modernizing economic and social structures of a formerly backward Mediterranean country. Greece retained though strong historical and cultural affinities with Western Europe, which was the model of democratic and developed societies. 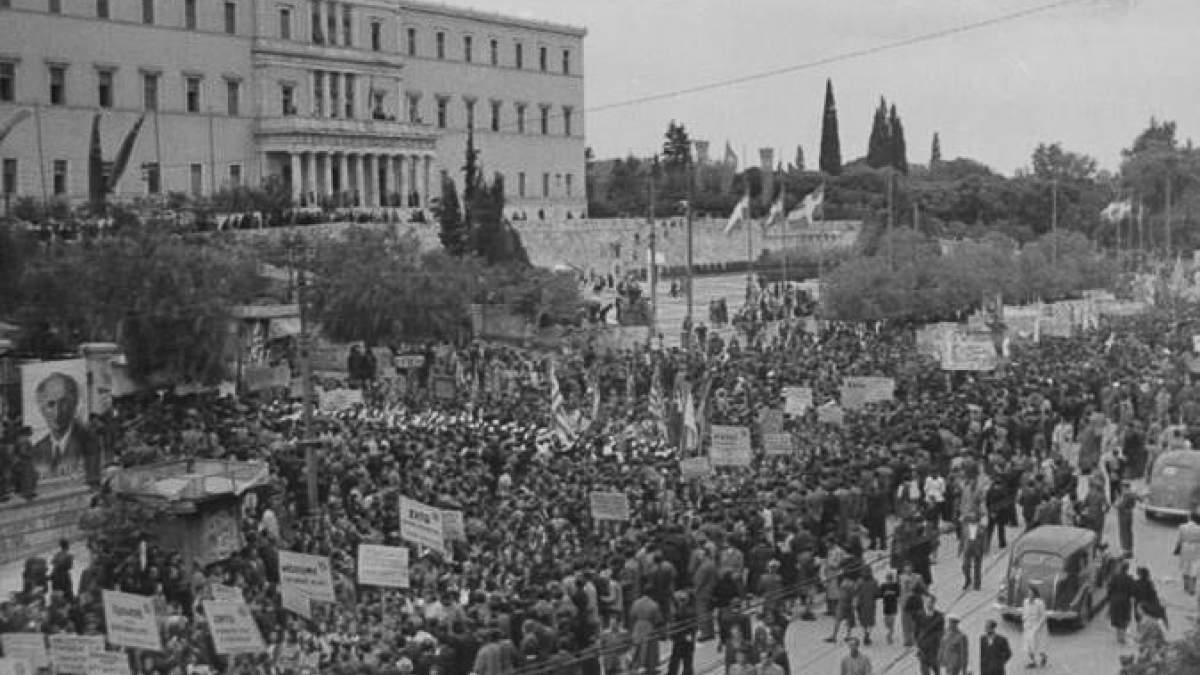 Europe undergoes one of the biggest crises in its history. What is your view of its main causes?

The crisis of 2008 was caused by intense competition from the rising Asian economies in the context of a globalized world and an uncritical utilization by the financial sector of credit tools that led to over borrowing; hence the need for "deleveraging", the cutting down of debts, which is a long and painful process. Moreover, the Euro-zone was not prepared for a crisis of this magnitude. As it had been pointed out at the beginning of the European monetary union project, the Euro zone lacked mechanisms that would rectify fiscal imbalances, that is, the transfer of funds from surplus to deficit countries that are met in federal states. Consequently, intervention to rescue insolvent countries took the form of austerity policies imposed by lenders to borrowers. Whereas the aim of preserving the single currency was and is a legitimate one, the means to this end were almost self-defeating since austerity destabilized political and social structures and generated a tide of Euroscepticism.

Greece (as well as other European countries) has a long history of debt. What is the impact of the member-states-in-debt to the European project?

Greece has indeed a long history of debt although it is not alone in over borrowing. Its impact is difficult to assess. It could lead eventually to the detachment of the weaker countries from the single currency. This eventuality is not very possible though, since it would incur a heavy toll to the beneficiaries of the euro: first, discrediting of the euro in the markets, second, expectations of further withdrawals and last, but not least, an unwanted, in terms of competitiveness, appreciation of the euro. An alternative could be the establishment of a mechanism of fiscal transfers that would stabilize the situation. However, this sort of redistribution presupposes a shift of the political equilibrium to the centre-left and the left or a policy shift of conservatism, which at present is unlikely. The third possibility would be the reaffirmation of the current conservative hegemony and the transformation of the European Stability Mechanism to a European Monetary Fund that would act as the lender of indebted countries. Its logic, nonetheless, would be similar to that of the current arrangements. It's doubtful that it would last for long if growth does not return.

Recent studies show a consolidation of a new kind of Euroscepticism in Greece [which coexists with a parallel Pro-European modernizing rhetoric]. Would you like to comment?

From a historical perspective, Greece's Europeanism has been somewhat shallow. It was based on the funds coming from the European Community and the European Union: Common Agricultural Policy, structural funds, programs tailored for the Mediterranean countries, convergence funds and so on. It should also be borne in mind that Greece's participation in the monetary union was legitimized as a means of sheltering the country from the fluctuations of the market, as a sort of protection of its prosperity. It was almost an ambition that Greece would be sharing a very strong currency that otherwise was not corresponding to its actual economic situation. Cheap borrowing after 2000 came to confirm the false pretences associated with the coming of the euro.

The crisis of 2010 was the painful awakening and revealed another aspect of relations between countries that share a single currency. Dislocation and decay was the experience of many of our fellow Greeks. The story is a complicated one though. European unification was not a shallow project. It opened borders and created a common European space. A large part of the middle classes, not a majority but still consequential, are sharing a European frame of reference. They feel that the European project must be preserved not least in order to escape from the ghosts of the past, chauvinism and conflict. However, if the European project is to be preserved, the pro-European groups should be intelligent and creative: Europe must coexist with the nations that marked its history; the well off have to take into account the risks inherent in post-modern capitalism and accept the need of safety nets.

* A full list of Sotiris Rizas publications can be found here