Reading Greece: Nikos Dimou on the Greek Identity Crisis, the Lack of Rationality and the Revamping of Attitudes

One of his generation’s most fertile minds, a legendary advertising man and a prolific writer, Nikos Dimou was born in Athens in 1935. He studied English and French literature in Athens and Philosophy in Munich and has published more than 60 books: among them essays, short prose, satire, philosophy, poetry, and political theory. 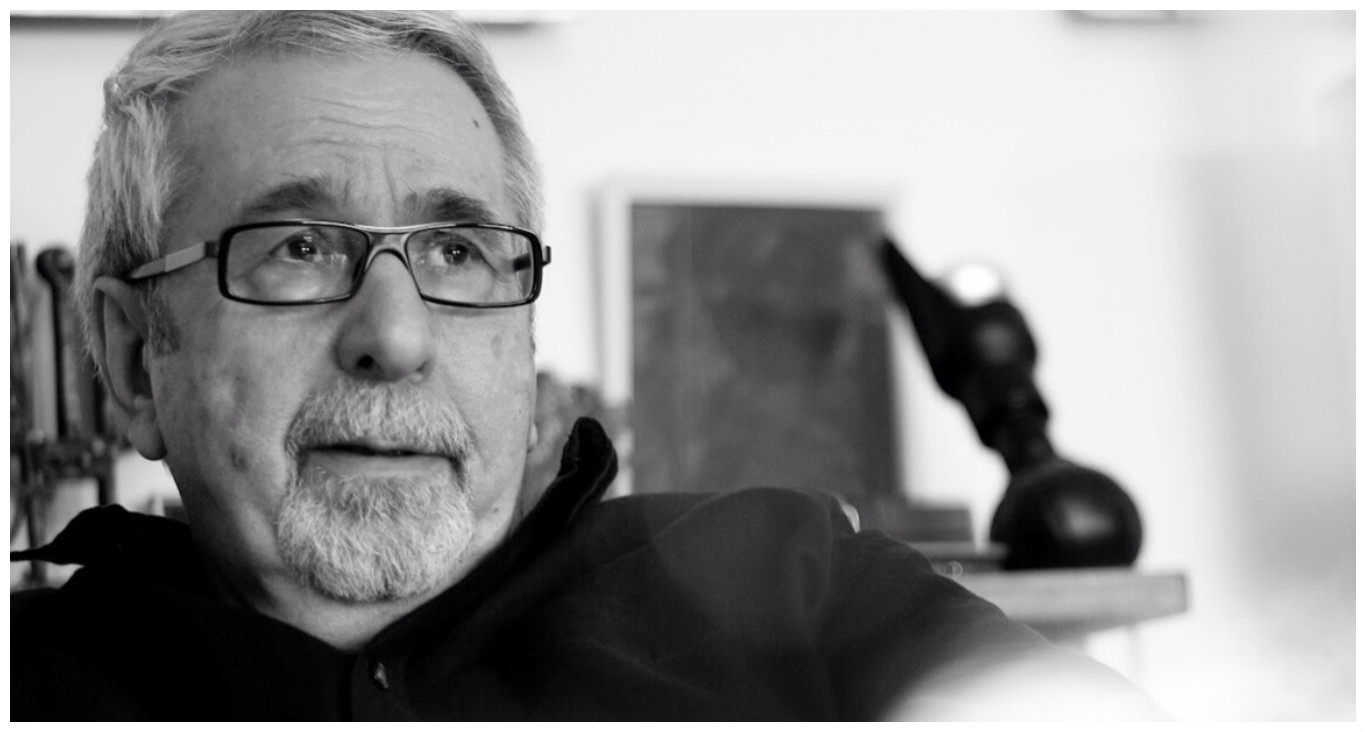 His book, On the Unhappiness of Being Greek (1975) -currently in its 32nd edition with over 120,000 copies sold- was published in Germany, France, UK (Zero Books, 2012), Italy, Spain, Bulgaria and Poland. The Albanian and Turkish editions are forthcoming. His collection of essays titled The Germans are to blame for everything [Die Deutschen sind an allem schuld], was published by Verlag Antje Kunstmann in 2014. His latest books include an anthology from his work 50 years Nikos Dimou, his full autobiography My Ways (Oi Dromoi mou) and a selection from his essays and political writings Exercises in Freedom (Askiseis Eleftherias).

Apart from writing, he has also worked in the media for over thirty years. He was a columnist for the Sunday editions of leading Greek dailies («To Vima», «Kathimerini», «Eleutherotypia», «Ethnos») and magazines. He has received two journalism awards: the Ipectsi (for Greek-Turkish friendship) and the Botsis. In 2008 he was elected “Journalist of the Year”. For his overall literary and philosophical work he has also received the "Mitropoulos" medal. He has also published two books of photographs and has had three exhibitions.

Nikos Dimou spoke to Reading Greece* about his multifaceted career and his books as ‘products of love’ and as ‘products of rape’. He reckons that the main problem of the Greek is an 'identity crisis', especially vis-à-vis 'the tortured relationship of Greece with the whole of Europe', which will need centuries to resolve, while he comments on the fact that there is “no market for logic in Greek politics”.“In the land that ‘invented’ rational thinking there is no place for rationality. Our political behavior is dominated by feelings, emotions and sentiment. We are a fragmented society separated into clans, parties, unions, warring against each other. We have no sense for the common good – we are selfish and ego-centric. It will need many years of evolution and the right kind of education (something totally lacking) for this nation to become mature and rational”.

You have been referred to as one of your generation’s most fertile minds: a writer, photographer, journalist, blogger, and advertiser. Which of these attributes do you most identify with? Is there a binding thread?

You forgot the …philosopher. Some of my books are philosophical and I studied philosophy in Germany for six years.

Actually I am an author. I use all possible means to communicate my feelings and thoughts. Most of these means are verbal, although I am also a photographer, a TV and radio broadcaster. Advertising was just a job. Very important because a) it kept me alive and b) it is an excellent exercise in communication. 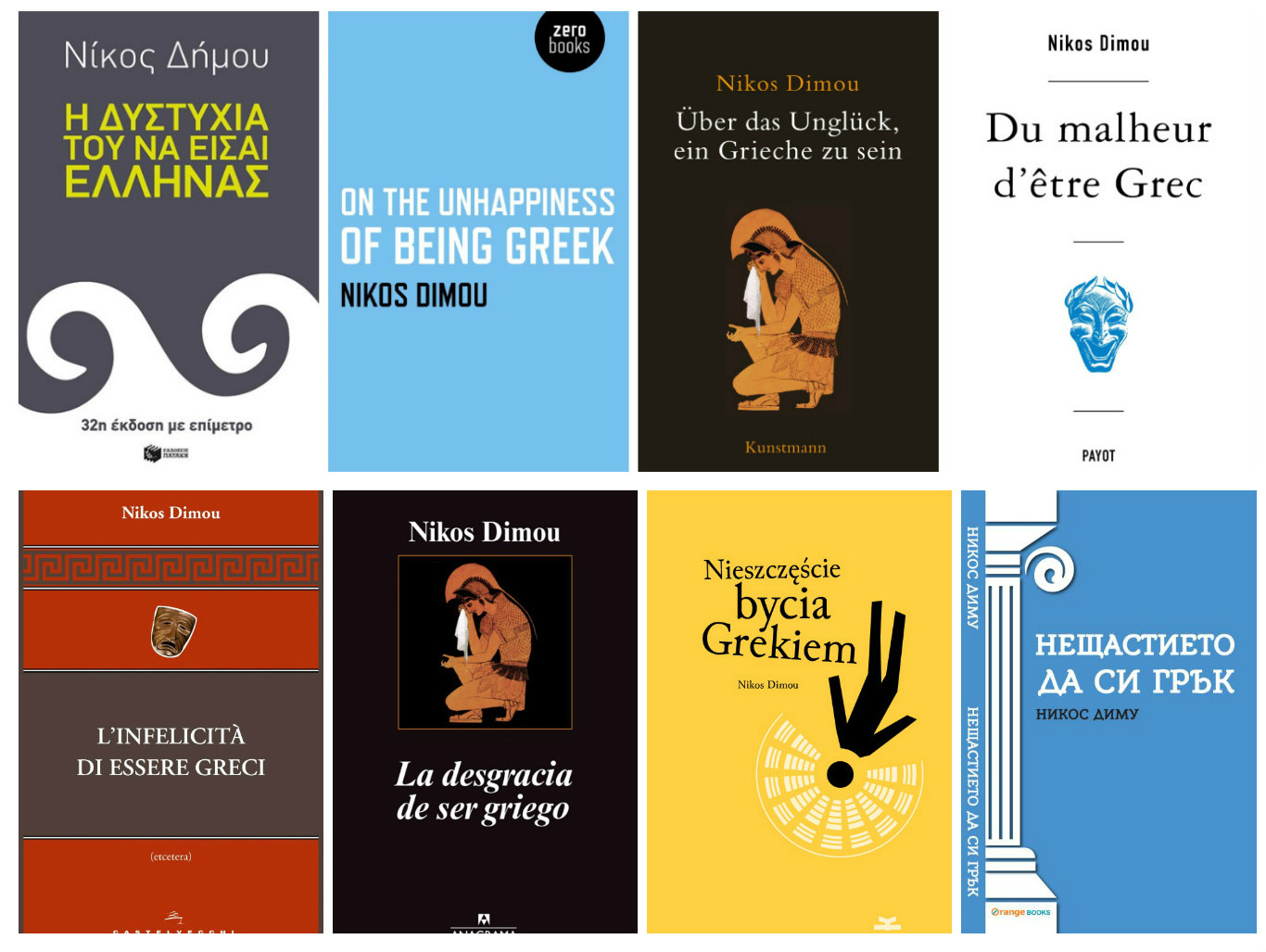 Books of love are the books I wanted to write. Poems, essays, short prose. Products of rape are the ones I was forced to write. A good example for the second category is my most famous book On the Unhappiness of being Greek. It was my reaction to the Greek Junta – which raped all of Greece. Had there been no dictatorship, I would probably never come to the idea to create it. It was my defense. I wrote it during the Junta and published it after its fall.

Strangely enough, although inspired by a concrete situation, the book proved to be universal and evergreen. People reading it today tell me they just read and liked “my latest book”. It has been translated in 13 languages, became a big bestseller in Germany and France, was named “Book of the Year” in Columbia and Chile…

In the postscript of your book On the Unhappiness of being Greek you say that “this book is not a humorous collection of aphorisms about the shortcomings of Greeks – but a bitter reflection on the tragic destiny of being split among the past and present, north and south, east and west”. Do Greeks suffer from an identity crisis? Is this identity crisis in a way interrelated with the current crisis?

I think the main problem of the Greek is exactly this identity crisis. And because it is perennial and deeply rooted, people reading the book 45 years later, feel it is very actual. An identity problem does not resolve itself in decades – it needs centuries. Especially the tortured relationship of Greece with the whole of Europe is a very complicated thing. It has religious, historical, sociological roots. Greece did not experience the formative movements that created Europe: no Renaissance, no Reformation, no Enlightment , no bourgeois class or civil society, no French and no industrial revolution… It made a jump of 400 years from feudality to modernity. 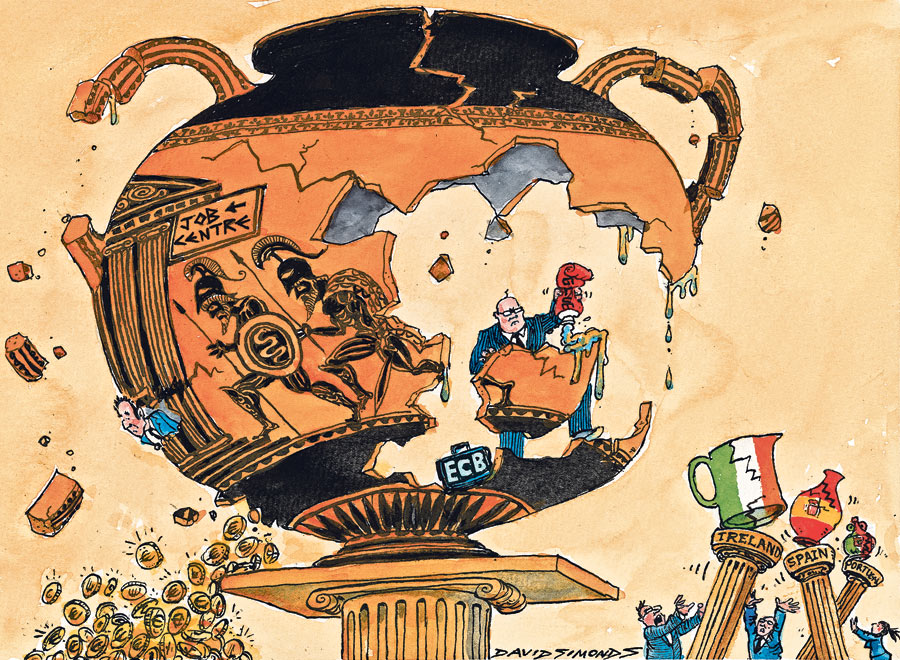 “Unfortunately a Greek Marquez or a Greek Ferrante has not appeared yet…and modern Greece remains absent”. How do things stand with Greek literature abroad? Could a national book policy prove effective in that respect?

National book policies have never created a real impact. Greece has subsidized a lot of translations – with no success whatsoever. The book market (as all art markets) is unpredictable.

Having recently stepped into the “river” of politics, you stepped out very quickly. What prompted these actions and how would you characterize your involvement or involvement in general with politics?

I sensed I had no talent for this profession but I thought I had a duty to help. I tried my chance with a group of liberal (not neo-liberal) and logical people. The voters put an early end to our ambitions. There is no market for logic in Greek politics. I remain politically active by writing and commenting on politics. My blog (doncat.blogspot.com) and my site (ndimou.gr) have thousands of readers everyday.

“When will Greeks succeed in seeing themselves as they really are: a nation like all the others, with abilities and weaknesses, with talent, and insecurities, capable of both generosity and meanspiritedness? Beyond the overhaul of the economy, I preach the revamping of our attitudes”. Is rationality - as an antidote to populism in all its aspects - the way out of a multi-faceted crisis? 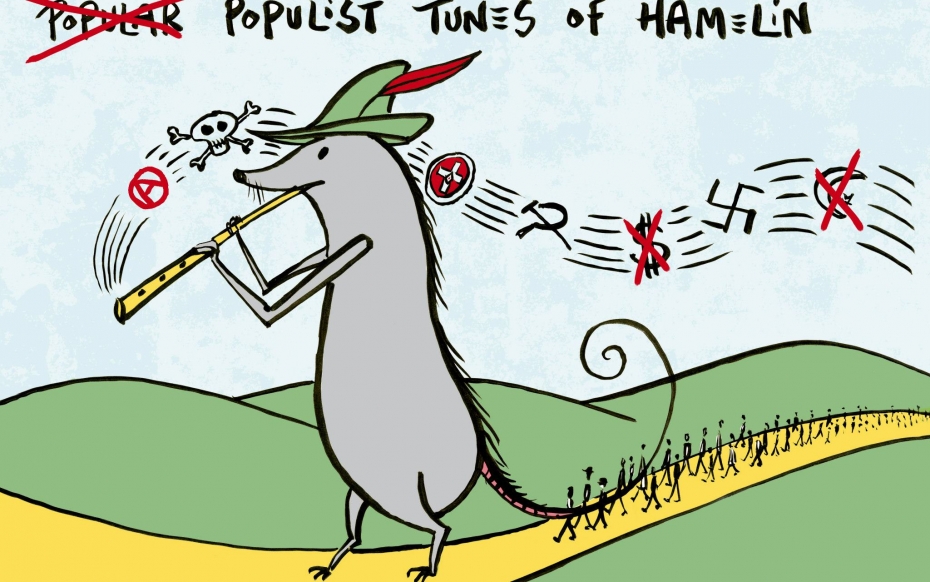 In the land that “invented” rational thinking (I refer to Aristotle – Plato was a poet and a dreamer, but Aristotle really created logic) there is no place for rationality. Our political behavior is dominated by feelings, emotions and sentiment. We are a fragmented society separated into clans, parties, unions, warring against each other. We have no sense for the common good – we are selfish and ego-centric. It will need many years of evolution and the right kind of education (something totally lacking) for this nation to become mature and rational.