Contemporary Chinese poet, essayist, literary critic, novelist, editor, photographer, documentary filmmaker, and university professor, Yu Jian (1954— ) was born and raised in Kunming, Yunnan Province. Arguably the most prolific Chinese language poet of our time, he is widely recognized as one of the foremost poets of his generation. His numerous publications, which span more than three decades and various literary genres, include the landmark five-volume Collected Yu Jian (Yunnan People’s Publishing, 2004), the four-volume Selected Essays of Yu Jian (Shaanxi Normal University Press, 2010), and more recently Who Is He: Poems 2007-2011 (Chongqing University Press, 2013). 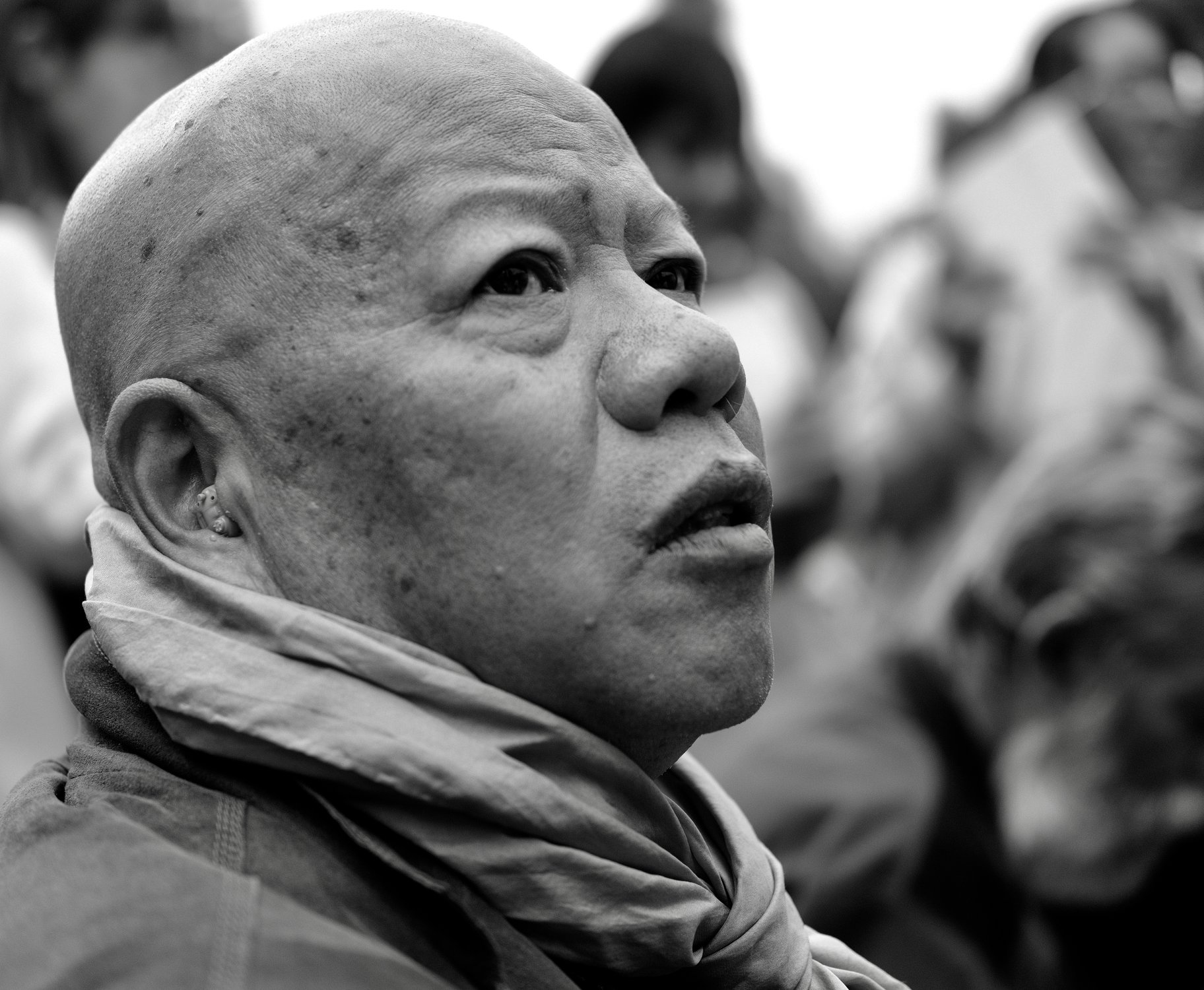 Yu Jian’s writings have been translated into fourteen languages, including English as well as major European and Asian languages. Among his documentaries are Hometown (2009) and Jade Green Station (in collaboration with anthropologist Zhu Xiaoyang, 2003), both of which constitute a cinematic expression that allows Yu Jian to extend his poetic, humanistic vision to his ongoing ecological, socio-political, and cultural concerns about life in Yunnan. A regular guest at major poetry festivals, Yu Jian has held lectures and readings at leading universities and literary venues worldwide. He has lived his whole life in his native city, Kunming.

On the occasion of the 1st International Crete Poetry Festival, Yu Jian spoke to Reading Greece about his multi-faceted literary work, noting that his poems “are all about the theme of how I live and and how I am present in my own time” and that “each era has its own language, which is a kind of miracle made by humans that could transcend time and be present all the time”.

Asked about contemporary Chinese poetry, he comments that “it is very active” and that “there are many poetic propositions such as avant-garde, colloquialism, intellectual writing, postmodern poetry, language poetry and so on”. As for the political nature of poetry, he explains that “if art originates from shaman, then politics is one of the characteristics of art, or art is a kind of supervision or modification of politics”, and concludes that “poetry represents the highest requirement for language”, “it allows us to sustain a transcendence through language…the transcendence of definite reality”.

An author, an essayist, a literary critic, an editor, a photographer, a documentary filmmaker, a university professor. Where do all these attributes meet?

There is no clear classification for different types of writing in Chinese culture. Authors are all called "literati". "To write", as a verb, represents the highest relationship between a certain language and the world. It is used to illuminate, or summon the unknown, whereas "writing", as a noun, refers to essays, containing poetry, prose and art etc. in a narrow sense. Fusing the identities of poets, shamans, sophists, priest and writers, the literati are a bit like the Brahman in Hinduism, enjoying a high social status in the ancient China. They compose everything. A classical Chinese literatus could be simultaneously a poet, a prose writer, a painter, a calligrapher, a musician, an artist, etc., which was very common. For instance, Li Po was a calligrapher and a prose writer as well as a great poet. However, this tradition of literati has declined in China since the 19th century. My writing attempts to reconstruct this tradition and return to literati in a kind of modern writing.

"While Yu Jian's spare language and brevity may evoke the Chinese classical heritage, and the frequent topicality of his work draws attention to China's contemporary challenges, his strongest poems are stripped of national context". Which are the main themes your poetry touch upon? What role does language serve in your writings?

My poems are all about the theme of how I live and how I am present in my own time. I have never wanted to avoid the time that I am in. Writing is language writing. Language exists in time. Each era has its own language, which is a kind of miracle made by humans that could transcend time and be present all the time. 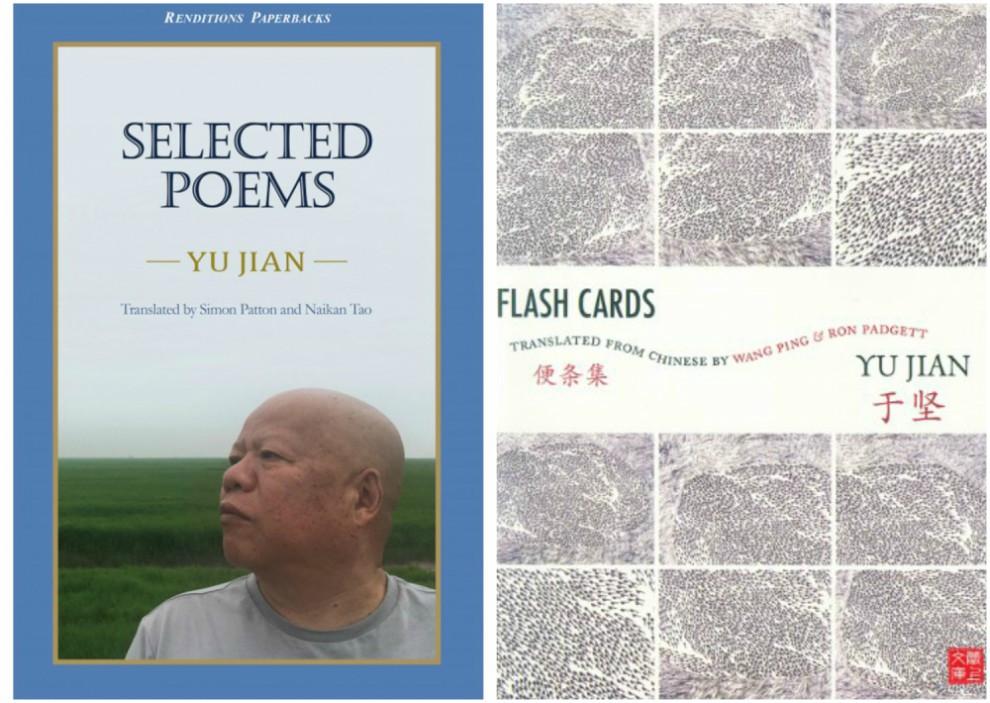 “It is possible to see eternity—to see everything—in a teacup or a sweet wrapper. Everything in the world is poetry”. Tell us more.

In classical Chinese thought, the world itself is an eternal poem created by the Creator. Laotse said: "the law of the Dao is its being what it is," nature is the enlightenment of the way of life. Confucius has also told us to "learn with a constant perseverance and application." Existence itself is poetry, and the only proper reaction to it is modest learning. As the old saying goes, "the operations of Heaven and Earth proceed in the most admirable way, but they say nothing about them." Human beings are but a language. All is poetic, transcendental, and language simply speaks it out.

It has been argued that since the death of Mao Zedong in 1976, Chinese poetry has been struggling to rid itself of an over-inflated grandeur, laying emphasis on the recognition of individual human worth and self-expression. Tell us a few things about how things stand as contemporary Chinese poetry is concerned.

During the cultural revolution, the literati experienced the darkest period in the history of Chinese civilization. The Chinese language was devastated. It has been 40 years since the revival of modern Chinese poetry after the cultural revolution. Classical poetry has become a thing of the past, and modern Chinese has opened up vast possibilities for poetry. Chinese contemporary poetry is very active and there are many poets writing. In a way, poetry is not lonelier than it used to be. There are many different poetic propositions in contemporary Chinese poetry, such as avant-garde, colloquialism, intellectual writing, postmodern poetry, language poetry and so on. Poets are usually allowed to publish their own collections, which usually run to around 3,000 copies. Poets also held parties to read their works. Nowadays, most poets also publish their works on the Internet.

What does it mean for art to be political or apolitical, especially in times of crisis?

If art originates from shaman, then politics is one of the characteristics of art, or art is a kind of supervision or modification of politics. Good politics is art, but bad politics uses art. Qu Yuan, one of China's greatest poets, referred to "the beautiful government" in his long poem. "The penetrating power of the principles and the good character of the measures of government, will exert an enriching influence on the character of the people." At the level of Dao, politics and poetry lead to the same destination. When Confucius prescribed poetry, he implied the natural relationship between poetry and politics. Poetry is not just a special kind of sentence --- making activity of warlocks. In Chinese, as a kind of language sacrifice, poetry requires "innocence". Innocence is not meaning, but the uncertainty of meaning. Poetry is a different kind of politics

Chinese civilization usually provides meaning, interpretation, perspective and position to the world not through religion but through poetry. Poetry stands for the freedom of meaning, while politics governs it. In this way, poetry, the special politics, always invokes worries and hatred of the secular one. However, the boundary of it would never be controlled by that. Lao Tzu says that existence and non-existence give birth to the idea of each other, and poetry is the keeping of non-existence and uncertainty in form of language. Vulgarity and apolitism mean that poetry is seen as a linguistic game that has indeed saved the lives of many mediocre poets, and thus lost its respect. The politics of poetry does not mean some simple power relationship, it is a language relationship, but it is not preaching or propaganda. Poetry is like a kind of church on paper, a heavy vessel, naming, correcting, seducing, communicating with the nonexistent.

Rhetoric made its sincerity. This sincerity means a kind of movement of summoning the truth with uncertainty, which is not arriving, but keeping this impulse for truth without depravity. This persistence makes all attempts at certainty think twice. Through poetry we can maintain our relationship with gods, truth, etc. For poets, the gods were not just Zeus, but also Nuwa, Jingwei, Houyi,... and so on. They are political forces. They are also poetic forces.

After all, what is the relationship of art, in its various genres, to the world it inhabits?  Could it be used to imagine what could be radically different realities?

At the heart of this relationship is poetry. This goes to why humans need poetry. Language is people. Confucius said: "without learning poetry, you will not be fit to converse with." Poetry represents the highest requirement for language. In Chinese, language itself is a kind of fundamental imagination. Any imagination that ignores language only leads to frivolity. Poetry is not reality, it allows us to sustain a transcendence through language. This transcendence is the transcendence of definite reality.