BOOK OF THE MONTH: “The Archipelago on Fire” by Jules Verne

The Greek War of Independence inspired many to take up arms and join the struggle. It also captured the hearts and minds of artists and writers at that time and continues to inspire them to the present day. Surprisingly, French author Jules Verne, known for his adventure stories and prophetic science fiction, was inspired by the Greek War of Independence and wrote the adventure novel The Archipelago on Fire. 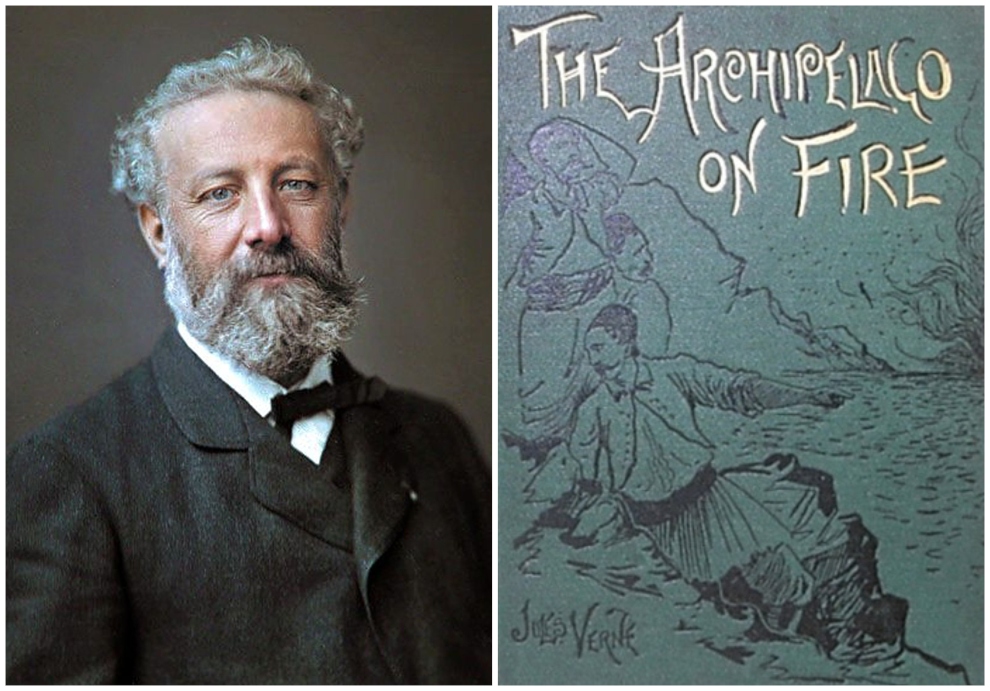 On the 18th of October, 1827, about five o’clock in the evening, a small Levantine vessel piloted by Captain Nicholas Starkos of the Karysta, returns home to Vitylo, an ancient village in the Peloponnesus, only to be denied entry by his mother, who denounces him for what he’s become. In the late 1820s – around the time of Verne’s birth – the Greek and the Turks were at war. Lt. Henry d’Albaret of the French navy, along with other Frenchmen, has joined the Greeks in this war. After recovering from a wound received in battle, d’Albaret meets Hadjine Elizundo, his banker’s charming daughter. They fall in love then make plans to marry, but Starkos, who holds a devastating secret against the girl’s father, demands her hand in marriage.

The distraught father soon dies, thus freeing Hadjine from her obligation of marrying Starkos, but she breaks off her engagement to d’Albaret, feeling that because of her father’s dealings she is unworthy to marry such an honest and respectable man like Henry. While she takes steps to right her father’s wrongs, the distraught d’Albaret returns to the war until he’s given command of the ship Syphanta. He then sails along the archipelago in search of pirates, who are taking advantage of the Greek-Turkish conflict. The most notorious of these pirates, and suspected leader of them all, is Sacratif. D’ Albaret’s search for Sacratif takes him to Crete where Verne brings this informative and entertaining novel to a surprise ending.