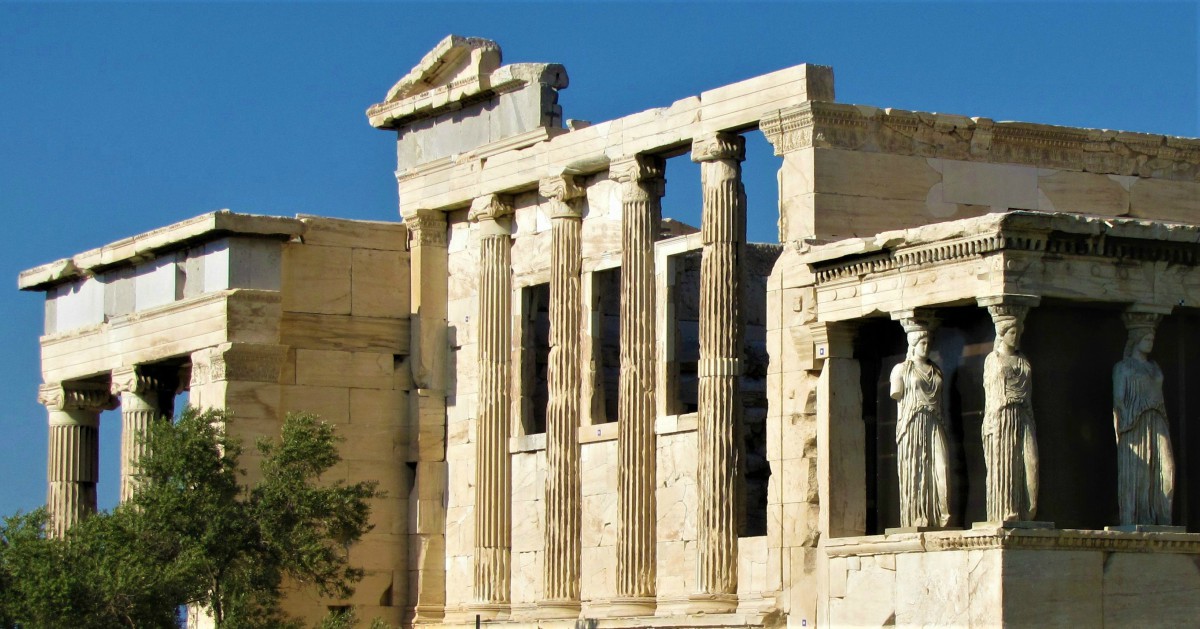 The National and Kapodistrian University of Athens (NKUA) is the first public university in Greece to launch an English-speaking undergraduate program: the BA Program in the Archaeology, History, and Literature of Ancient Greece, addressed exclusively to non-EU citizens. It is offered by the School of Philosophy of the NKUA, in collaboration with the International Hellenic University (IHU) and it is oriented towards the study of ancient Greek culture, combining archaeology, ancient history and ancient Greek literature.

The four-year BA program offers a unique opportunity to study the culture of ancient Greece while acquiring first-hand knowledge of some of Greece's most important archaeological monuments and sites, such as the Acropolis of Athens, Delphi and Olympia. The curriculum includes courses in Greek archaeology, ancient Greek history and literature, as well as Modern Greek, and the program is structured around the main pillars of systematic disciplinary knowledge, critical and creative thinking skills and experiential learning.

The two collaborating institutions guarantee a high quality learning experience, based on NKUA’s academic tradition of over 180 years and IHU’s experience in designing programs that are taught exclusively in English to foreign students. The Program’s multidisciplinary curriculum will be taught by a diverse staff consisting of highly specialized academics and senior researchers.

The BA Program in the Archaeology, History and Literature of Ancient Greece brings together three disciplines from the field of Classics: The first year offers a number of foundation courses in the history and culture of ancient Greece, as well as an introduction to the methodology of the respective academic fields of archaeology, history and philology. The second and third years are devoted to the systematic study of ancient Greece, while the fourth year offers a range of specialized courses and seminars.

The program offers students the opportunity to study the history of Greece, familiarize with its ancient heritage and monuments, and learn ancient Greek through the systematic study of important ancient texts; the curriculum also includes a number of classes in Modern Greek. The combination of archaeology, history and language is one of the program’s most outstanding and innovative features, providing an understanding of ancient Greek culture and civilization in the most comprehensive way. Interdisciplinarity also contributes to the development of critical-thinking and written communication skills of the participants, and enhances their ability to interpret complex sets of data.

The program covers prehistoric and Classical Greek archaeology and art. Τhe first six semesters feature course topics such as Minoan and Mycenaean Prehistory, the social significance of ancient Greek art and iconography, the development of ancient Greek architecture and city planning and the relations of the Greek world to other civilizations of the eastern Mediterranean. The seventh and eighth semesters feature two seminars that offer in-depth study of specific archaeological topics. Great emphasis is placed on on-site study in Greece’s multiple archaeological sites.

About one third of the overall curriculum consists of History classes; beginning with an Introduction to Historical Studies in the first semester, a series of courses on the Greek polis, Alexander the Great and Hellenistic Greece, Greece and Rome, history of religion and sports, as well as a more specialized course in the study of inscriptions and a seminar on the artistic and historical significance of Greek coins.

The Program offers a wide range of courses on ancient Greek literature, across its main periods and most important genres. During the first six semesters, students receive intensive instruction in the Ancient Greek language, and study texts by some of Ancient Greece’s major authors from across genres (Homer, Herodotus, Thucydides, Xenophon, Plato, Aristotle an others). There are also courses on religion and mythology, as well as on literary masterpieces of the Roman world, with a focus on the interactions between Greek and Roman literature.

For more details on the curriculum content see here.

Studying archaeology and the classics in Greece offers the outstanding comparative advantage of being close to the very objects of the studies, at all times. All archaeology classes include field trips to archaeological sites and museums in Athens and its environs; in addition, students are expected to participate in a series of longer field trips around Greece, including the regions of Peloponnese, Central Greece and Macedonia, as well as the islands of Santorini, Naxos, and Crete. Students are also welcome to attend, on a voluntary basis and in accordance with their academic schedule, the archaeological excavation in Marathon, conducted by NKUA’s Faculty of Archaeology and History of Art or the excavation at the site of Trapeza (Neon Rysion - Kardia) undertaken by IHU’s School of Humanities.

The program is aimed at high school graduates from non-EU countries with an interest in the ancient world and its cultural and intellectual achievements. Applicants must have an International Baccalaureate or Senior High School Graduation Certificate and a Certificate of competency in English. The tuition fee is 6,000 Euros per academic year. The program’s official site offers details on admission criteria and application procedures.