The 19th edition of the International Awards Festival for Mediterranean Documentary and Reportage(PriMed), organized by the Mediterranean Center for Audiovisual Communication (CMCA), will take place in Marseille, France, from December 5 to December 12, 2015. The festival is open to all authors, filmmakers, television bodies and production organizations who, through their programs or artistic activity, partake in cultural exchanges between countries of the Mediterranean basin in a wider sense, from the coasts of the Atlantic to the Black Sea.


The films to be shown at the festival deal with subjects related to the culture, heritage, history, societies and life of men and women of Mediterranean countries. For each edition of PriMed, two international juries are formed by TV professionals, film directors, producers and broadcasters from the Mediterranean to award the best documentaries. This year's awards committee received 348 entries from 18 countries, but only 24 of them were shortlisted as candidates for a prize. 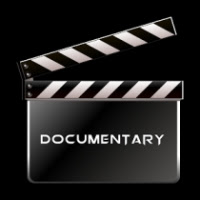