‘The Island of All Together’: Conversations on Lesvos

Every summer many European tourists travel to the Greek island of Lesvos for a sunny holiday. This year hundreds of thousands of refugees crossed the sea from Turkey and arrived on the island as well, looking for a safe haven in the European Union.

Filmmaker Philip Brink and his partner and renowned photographer Marieke van der Velden, launched their 22-minute documentary ‘The Island of All Together‘, which was shot in Lesvos, the epicenter of the refugee crisis currently plaguing the European continent. 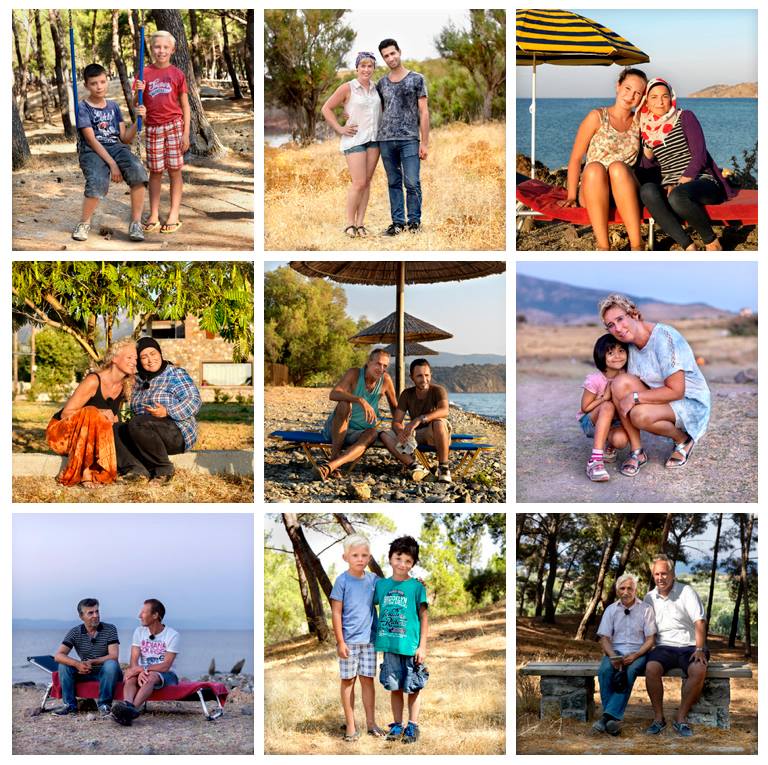 The film registers 12 conversations between Syrian refugees and tourists who were staying on Lesvos in August this summer while the refugees arrived on the island. They invited tourists and refugees to talk one another about life while sitting on a little bench overlooking the sea. The result is a short documentary with conversations of war, migration, home, work, love, but also cars and pets. It's an ode to humanism and shows what happens when we take time to sit down and talk with each other instead of about each other.

“We simply asked tourists in our hotel if they would like to participate, or we approached them on the street. We asked the refugees on a parking lot in the village of Molyvos, where everyone was required to gather together and wait for a bus, which would take them to Mythilini that was located some 70 kilometres away”[…] “What I really like in these portraits is that you can see they have talked with each other for half an hour. They are comfortable; there is no distance anymore. Many times they spontaneously put their arms around each other for the pictures. You could feel the warmth”, said Brink. “Our main goal is to add some nuances to the whole refugee debate […] We like to bring back the human feeling in a debate that sometimes seems to get out of hand. And thus hope the film will make Westerners realize they aren’t in such a bad place compared to these refugees”.

After a long journey through Europe, all of the people in the documentary have safely reached countries like Germany or Austria, where they wait in refugee centers for the necessary residency documents. It is unclear when their procedures will be completed and what the outcome will be.