The Cretan city of Ancient Knossos, an archaeological treasure home to the mythical Labyrinth and site of the most important and better known palace of the great Minoan civilization, inspired the commissioned digital artwork by the internationally acclaimed visual artist Elizabeth Price, winner of the 2013 Contemporary Art Society Award and one of the most innovative and exciting British artists today in the world of contemporary art. 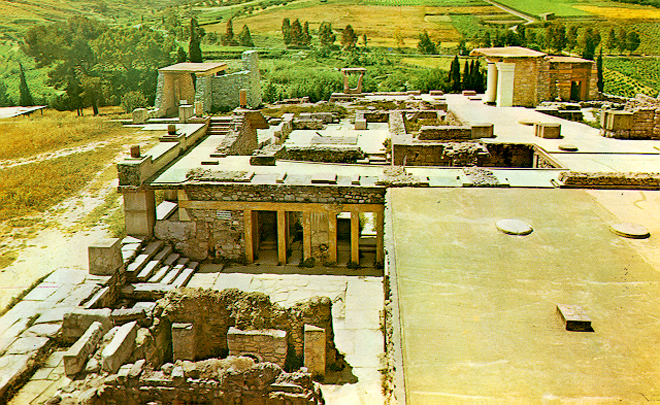 Knossos was discovered by Minos Kalokairinos in 1878, but it was the systematic excavations at the site between 1900 and 1931 by Sir Arthur Evans, Keeper of the Ashmolean Museum, that brought to light the palace, a large section of the Minoan city and the cemeteries. Arthur Evans undertook the excavations from 1894 and carried out the restoration of the Palace to its present form, but his work at Knossos was considered controversial for its bold leaps of imagination in restoring architectural features as well as terracotta vessels and other artifacts. On his death in 1941, he bequeathed to the Ashmolean Museum the archaeological records and papers that consisted his archives, a large part of which relate to his excavations at the site of Knossos and reveal important information about the great Minoan civilization. 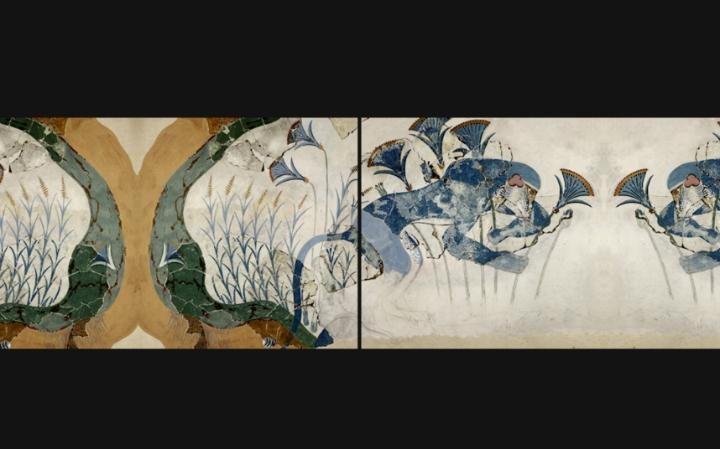 Price’s moving image artwork, “A RESTORATION”, commissioned by her winning 2013 Contemporary Art Society Award and premiered recently at the Ashmolean Museum of Art and Archaeology in Oxford, is a fifteen-minute, two-screen digital video installation employing the photographic and graphic archives of the Ashmolean and Pitt Rivers museums. It is a fiction, set to melody and percussion, narrated by a ‘chorus’ of museum administrators organizing the records of Arthur Evans’s excavation. The administrators use Evans’s extraordinary documents and photographs to figuratively reconstruct the Knossos Labyrinth, within the museum’s computer server. They then imagine its involuted space as a virtual chamber through which museum objects digitally flow, clatter and cascade.  Simultaneously and throughout, the voiceover appears on-screen as animated text, on pale pink or blue panels in Calibri font, combined with a soundtrack of loud, pulsing electronic music.

Credited by the Telegraph daily as “the art work of the year”, the project is praised for making archaeology look “sexy” and “exhilarating”, while the Contemporary Art Society notes that Price’s “unique way of addressing her subject renders it intellectually thrilling, as well as physically exhilarating to experience”, and that the work “brilliant, dense with detail and finely considered form”. 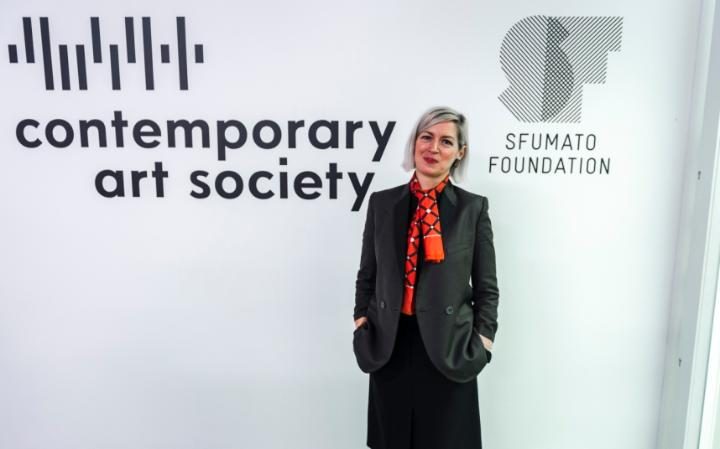 Elizabeth Price, a prolific visual artist with an array of distinctions, gained special recognition when she was awarded the 2012 Turner Prize for her work in creating narrative videos for gallery installation. Price is credited for her original creations which incorporate digital photography, motion graphics, animation and sound, through the exploration of digital visual media.