The journey of Greek books at international book fairs continues, after Beijing (24-28 August) and Moscow (7-11 September), where Greece was the Guest of Honour, to the Frankfurt Book Fair that will take place between 19 and 23 of October 2016. 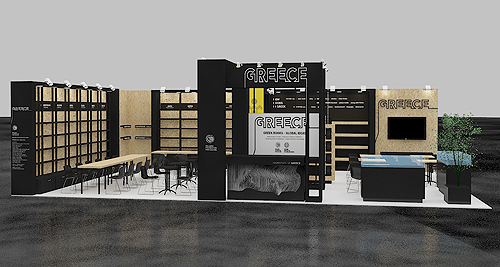 At least 500 Greek books from the recent production of 150 publishing houses will be displayed at the Greek Stand, organized by the Hellenic Foundation for Culture, with the support and under the aegis of the Ministry of Culture and Sports. This year the number of publishers participating with their own stand has increased, reaching 20, in place of 14 in 2015 and 11 in 2014. This dynamic presence is also reflected in the Greek Books in Translation Catalogue that includes, for 2016, 33 titles that will be published by 64 foreign publishing houses, an impressive number, especially taking into account that there are no funding programmes to support translations.

Like all industries in Greece, the book market has been mired in a severe recession since 2008, with the number of titles declining dramatically. However, foreign licensing deals for art books, museum catalogues and Greek literature continue to play an important role. Greece’s book imports are valued at 10 million euros and consist primarily of materials for the education market.

Children’s books, contemporary Greek poetry and prose, new literary voices from Greece, essays, Greek books translated in other languages and art books are the main categories of the new Greek books on display under the title “GreekBooks – GlobalIdeas”. Special attention will be given to Contemporary Greek Art, with great editions, not only from Greek publishing houses but also from institutions and foundations (Benaki Museum, Onassis Cultural Centre, Frissiras Museum, Basil and Elise Goulandris Foundation, DESTE Foundation etc.)

Many events, actions, exhibitions and screenings will take place at the Greek Stand during the five days of the Fair, presenting to the thousands of professionals from around the world and the Fair’s visitors versions of Modern Greek Culture focusing always on books as the main vehicle of culture and extroversion.

At the same time, two interesting exhibitions aimed at international professionals as well as at the public that will visit the fair in the weekend will be on display at the Greek Stand: 16 Greek illustrators that participated in the action “The Illustrator’s Wall” are presented through samples of their work, while eight rare collectors’ editions of traditional typography and engraving will be displayed in special cases at the Greek Stand.

Additionally, the Greek Stand will also present, through posters and informational material, two important international cultural institutions that will take place in the Greek capital in the next two years:

DOCUMENTA 14 – The Parthenon of Books

Art exhibition Documenta 14, which for 2017 will work around the guiding principle “Learning from Athens” and which will be hosted on equal terms both by the Greek capital and Kassel, will be presented at the Greek Stand. The participating artists have been invited to think of and create art driven by the relation that will emerge between the two cities, presenting one work in each location. Speaking to ArtNews, Adan Szymczyk, artistic director of documenta 14 noted that “what interested me is that Athens is a contemporary metropolitan city of the Mediterranean that is connected to other places across the water. …It’s a figure of a larger situation that Europe has to confront, and I hope it will confront with this exhibition…I see [Athens] as a portal or border or place where people coming from many, many other places can have visibility.” 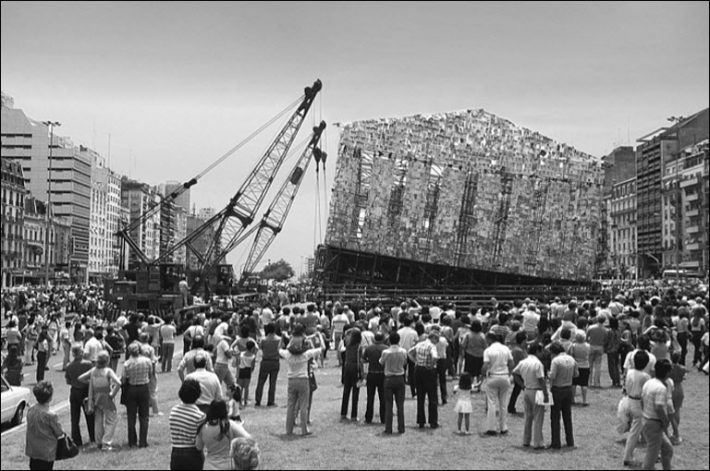 In addition, during the Frankfurt Book Fair an open call concerning the work The Parthenon of Books by Marta Minujín will be announced: it is an invitation for the public, publishers and authors to donate books for the construction of a replica of the temple on the Acropolis in Athens, on Friedrichsplatz in Kassel, where in 1933 countless books were burned by the Nazis. The material for this construction will be banned books from all over the world. This work is a symbol of resistance to censorship, to the banning of writings and to the persecution of their authors. During the announcement of the action Greek publishers will be invited to donate banned books.

The international distinction of Athens that was chosen by UNESCO to be the “World Book Capital 2018” will be promoted at the Greek Stand with posters and informational material in collaboration with the working group of the City of Athens.

The city of Athens was chosen for the quality of its activities, supported by the entire book industry. The proposed programme includes meetings with writers, translators and illustrators, concerts, thematic exhibitions, poetry readings and workshops for publishing professionals. The aim of the programme is to make books accessible to the city’s entire population, including migrants and refugees.