Lexikopoleio: one of the best independent international bookstores in Athens

Lexikopoleio has recently released a new promotional video. It is an original, unpretentious and humorous work that reflects the personality of the bookstore and its owners, Odile Bréhier and Yannis Skoufis. With a strong international identity in all its books -in store and on-line- Lexikopoleio offers a wide range of monolingual, bilingual and multilingual dictionaries in Greek, English, French, Spanish, German, Italian, Latin and Ancient Greek as well as in more diverse languages such as Basque, Georgian, Hebrew, Japanese and Tibetan on more or less every subject: the rain, statistics, the underworld, theatre, symbols, manga, and even dictionaries about dictionaries!

Lexikopoleio belongs to the kind of small independents (others would be Epi Lexei, Pleiades, Shakespirikon, Booktalks, Lexikopoleion, Mauve Skiouros, Booktique, et. al) that not only have they resisted but even thrived during the austerity years, betting on distinct quality books, literary events and readings and a credible service of orders which come out of personal contact. Lexikopoleio has been voted as one of the 10 best bookstores in Athens and it is indeed a cute bookshop where you can spend hours browsing the shelves. It is located in Pagrati, near the Panathenaic Stadium. During the last few years, the neighborhood has acquired new prestige. Still cosy but "cooler", it has witnessed the opening of new stylish bars and neo-tavernas that are attracting the city’s alternative youth. Not only does Lexikopoleio fit well to this urban environment but it also adds new value to it. 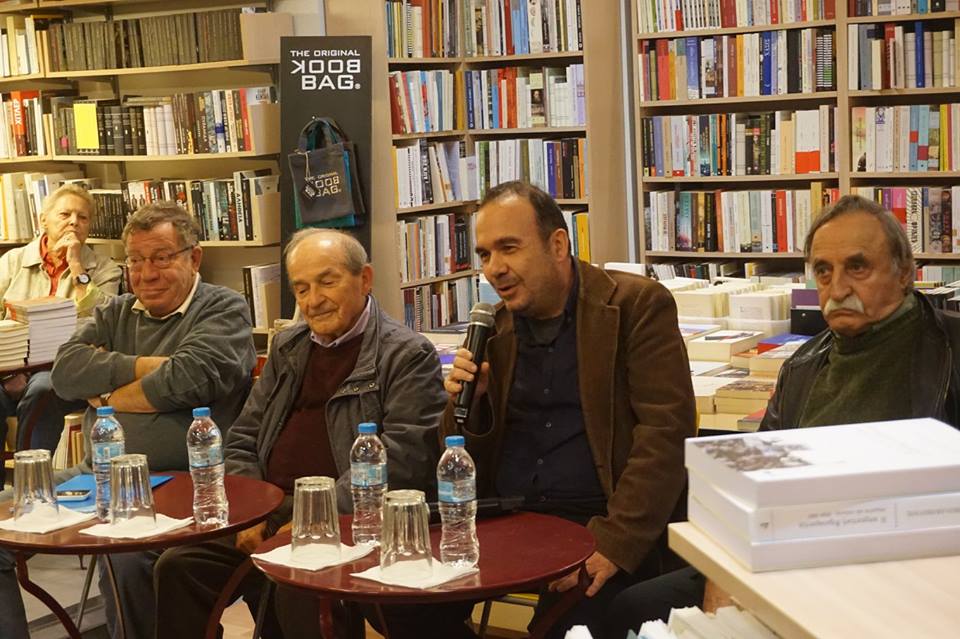 From the event "1967-2017: military dictatorship, half a century later" organised by the General Secretariat of Information and Grèce Hebdo at Lexikopoleio

Lexikopoleio holds a special place in our hearts as it has hosted various of our on-line bulletins’ special events. Taking stock of the first years of their endeavor, the owners of the bookshop said in a past interview with Grèce Hebdo: “There are more and more friends who are passing by just to say hello, have a coffee, relax and talk about books or about anything that is dear to their hearts. Our book presentations and literary nights are always an opportunity for friendly gatherings. We share the discovery of new releases, we re-read the classics and we talk with people of different nationalities who are offering new visions of the world”.