Arts in Greece | The Costas Tsoclis Museum on Tinos Island: a Dive into Art

A major pilgrimage site for Orthodox Christians and home to more than 700 churches, the Aegean island of Tinos has developed a faithful following for its many other miracles – food, hiking, surfing, wild beauty, and Art. In fact, Tínos has attracted artists since antiquity and one of them is the contemporary Greek artist Costas Tsoclis who currently showcases his new work at the Costas Tsoclis Museum, offering to all visitors the opportunity to enrich their holidays aesthetically, as well as their souls by bringing them in contact with contemporary art.

The exhibition, titled “Prayer”, which will be running through September 30, 2020, celebrates the Tree in its various forms. It is a thought-provoking exhibition that confronts the destruction of nature by inviting the viewers to see beyond the image. As the 90-year old tireless artist, Costas Tsoclis explains:

“A tree whose ever-changing image beautified my life broke and revealed to me its specific and enduring truth: the “wood” which had been hidden under its ephemeral image for so long. With my latest work, I try to unite the image, the source of the image, and the use of this source in a single artistic event”. 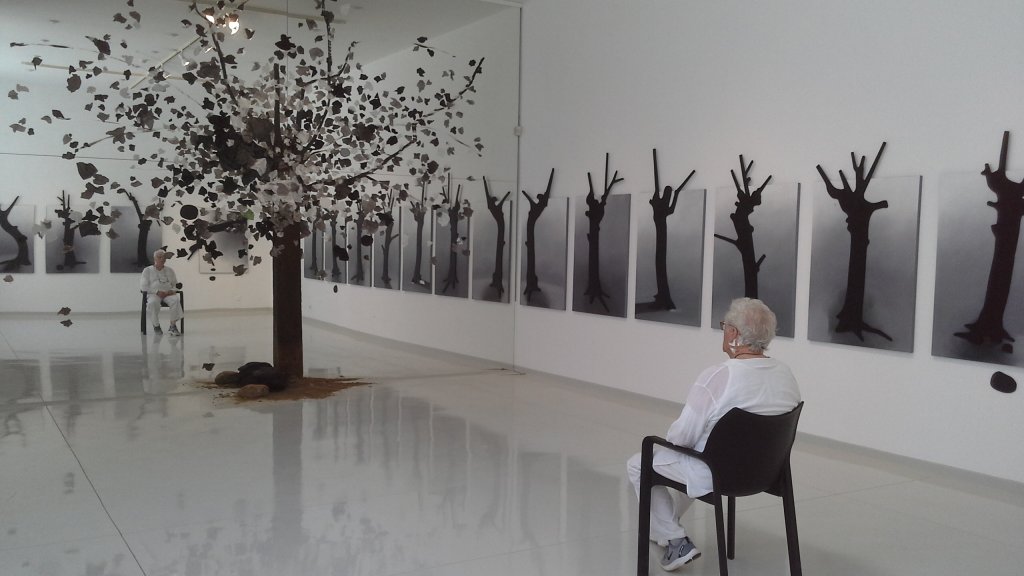 Housed in a former Primary School in Kambos village, the Costas Tsoclis Museum, which opened its doors for the public in 2011, is captivating from the get-go thanks to an imposing sculpture of Saint George slaying the dragon in the courtyard, a work of art that connects the classical and the modern, a hybrid style that exemplifies the artist’s work. The main aim of the Museum is to raise awareness of Costas Tsoclis’ art; every year, a part of the works on exhibit is being renewed; the Museum holds a complete archive of the artist’s works, and television programs dedicated to his thought and work are shown regularly in a special screening room.

Costas Tsoclis was born in Athens in 1930. He studied at the Athens School of Fine Arts (Yannis Moralis studio) from 1948 to 1954. Finishing his studies, he received a state scholarship and moved to Rome, where he lived for three years. He later established himself in Paris where he remained for 20 years, without however severing his ties to Greece. He also lived in Berlin for a shorter period of time (1971-2) with a D.A.A.D scholarship. Finally, in 1984, he decided to settle permanently in Athens. From the beginning of the ’60s until today, Tsoclis’ work has been showcased in more than 110 solo exhibitions in museums, galleries, and public spaces around the world. 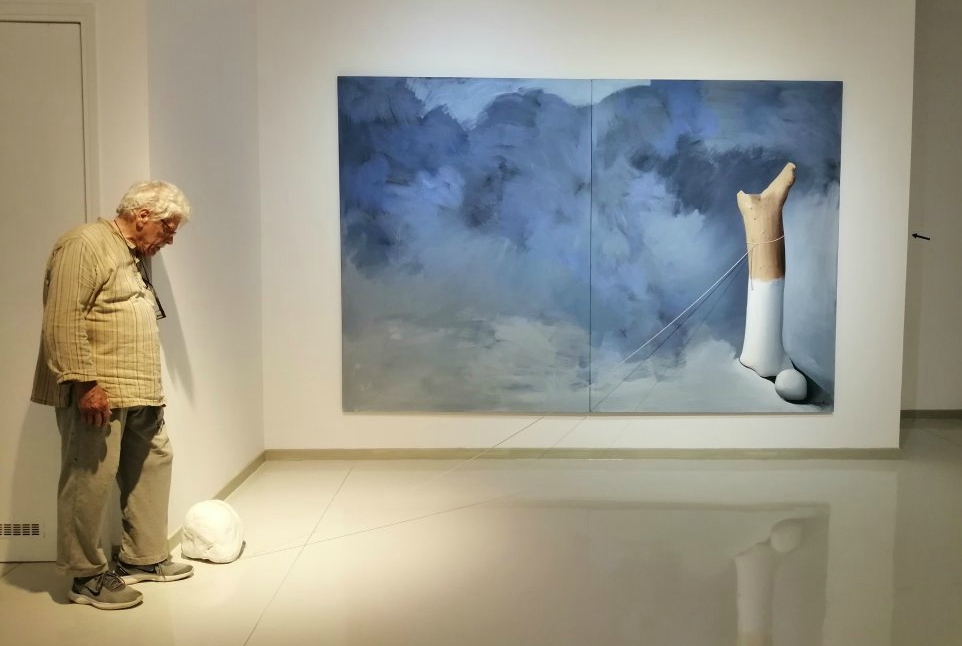 Entertaining serious doubts about the value of his academic training, he embraced the most extreme of the contemporary art movements, to which he contributed his own ideas. Thus, an artist fond of experimenting, Tsoclis has produced creations illustrating different directions and trends, combining painting with other elements; for instance, he represented Greece at the Venice Biennial, in 1986, with his famous Video-portraits in which he combined the traditional painterly rendering with the technological movement. Other tools and methods used by the artist are design, photography, installations, performances, dance, sound, light, water, fire, and mirrors; however, despite the plurality of the media he uses, he has never abandoned the basic canvas. In any case, the artist’s constant aim is to mobilize the sensitivity of his fellow human beings. As Tsoclis himself has put it:

“Art does not express feelings. It produces feelings if it is art”.