History of the Greek Diaspora in Australia

We may not know for certain as to who the first Greeks were to set foot in Australia given that, as in Homer's Odyssey, myth and reality have over time become one. What we do know however is that in the early 1800s, some adventurous men, and others who wanted to make a fresh start, began to arrive on the beaches of the Antipodes. 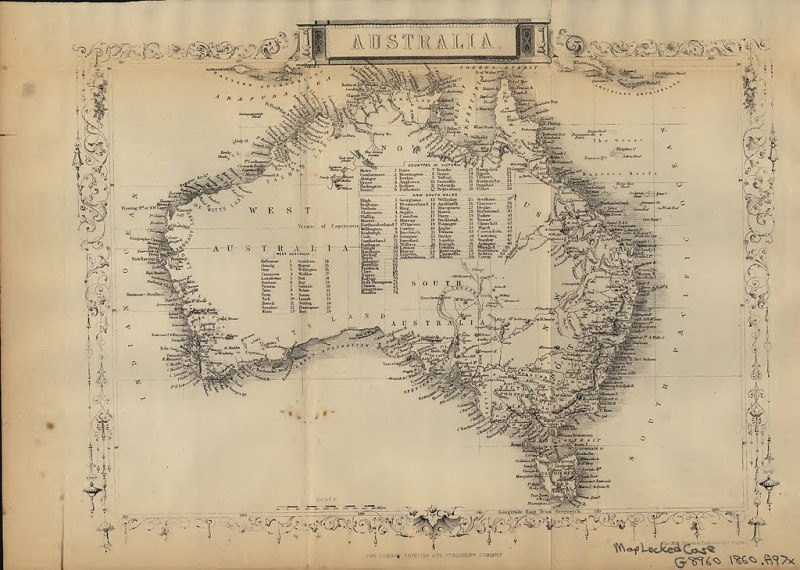 It is believed that the first Greeks to arrive in Australia were a group of seven sailors sentenced by a British naval court for privacy and transported to New South Wales in 1829. These sailors were later pardoned, however two of them decided to remain and settle in Australia.

The next Greeks to establish new lives in Australia were also sailors who abandoned their English ships in Australian waters when they heard about the discovery of gold in the ‘new’ continent, as gold-seekers from around the world began pouring into the antipodean colonies. These arrivals took place during the gold rushes of the 1850s and most of these new settlers from Greece saw their stay in the new country as temporary, intending to eventually return home and their families; thus very few women came to join them. By 1871, the population of Greek-born women in Victoria was still only 19, against 127 men.

As most often happens with migration, whether voluntary or involuntary, the original plans of return to the home country don’t always materialize. Once the gold rush waned, those who remained in Australia either became merchants or found employment in the food and retail industry, fruit fields, factories and mines. Joined in the aftermath by relatives and friends from the home-country, their growth in numbers began to shape the emerging community of Greeks in Australia. They worked hard, and by the end of the 19th century the Greek communities of Sydney and Melbourne were well established

On May 1898, the foundation stone for the first Greek Orthodox Church in Australia was laid in Sydney and included Greek, Russian and Syrian worshippers and contributors. The Church was dedicated to the Holy Trinity.

In 1900, the foundation stone for the first exclusively Greek speaking Orthodox Church was laid in Melbourne. The church was dedicated to the Annunciation of the Theotokos.

In 1901, the Australian Census recorded 878 Australians that were born in Greece. Many Greek-Australians were owners or employees at shops and restaurants, while others were cane-cutters in Queensland, worked in mines, fields or factories.

The number of Greeks in Australia came to 2,000 in 1911 and the first Greek language weekly newspaper was published in 1913. In 1914, when WWI broke out, Greece remained neutral and the Australian government placed a special prohibition on the entry of Greeks to Australia. Even after Greece joined the war in 1917 on the side of the allied forces, the prohibition remained active until 1920. 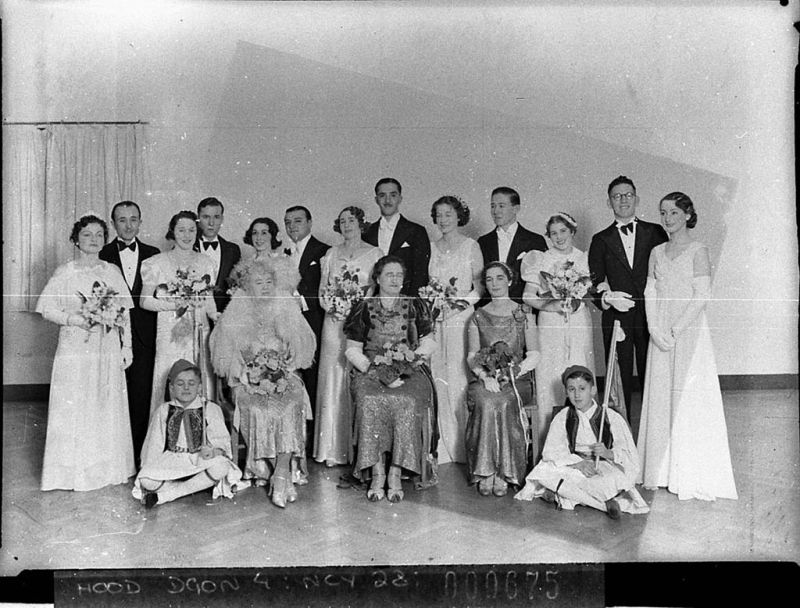 The mid-war years saw a substantial surge in Greek immigration to Australia. In 1921, the number of Greeks in Australia was estimated at 3,654; in 1933 it rose to 8,337. This increase is believed to be the result of the Greek, Armenian, and Assyrian Genocide in Turkey. Another factor could be the 1923 population exchange between Greece and Turkey which left many Greeks homeless. A quota system however limited the number of non-British immigrants to Australia, Greeks included. Between 1925 and 1929, Greek immigration to Australia was capped at 100 people per month.

Following WWII, the Greek Government was struggling with post-war reconstruction and encouraged emigration (mainly 1950-1965), largely on account of swelling numbers of unemployed people.

During the same period, migrants would provide much-needed labor for Australia's reconstruction and industrialization as well as human capital for Australia's defense. Australia’s first Minister for Immigration, Arthur Calwell, promoted mass immigration with the slogan "populate or perish", which became a rallying cry to both quickly boost Australia’s population in the interests of economic and military security as well as overcome domestic resistance to non-British immigration.

By 1947, the number of Greek immigrants to Australia came to 12,000. Greek immigration to Australia continued to increase, particularly from the 1950s to the early 1970s when the Australian Government provided assisted passage to tens of thousands of Greeks. The most substantial flow occurred in the 1960s due to both economic (unemployment) and political (military dictatorship in Greece 1967-1974) reasons.

Some forty two percent of Greeks immigrating to Australia until the middle of the 20th century were from the islands of Kastellorizo, Kythira and Ithaca. The Kytherians mostly settled in Sydney, Kastellorizans in Perth, and Ithacans in Melbourne. These three cities still host the majority of Australian Greeks, who have expanded to other Australian cities, such as Adelaide, Australia's third-largest centre of Hellenism. Melbourne has the largest number of Australian Greeks, followed by Sydney.

The 2016 census recorded 397.431 people of Hellenic ancestry, of whom 93,740 were born in Greece. The Greek community of Australia is one of the largest Greek communities in the world. 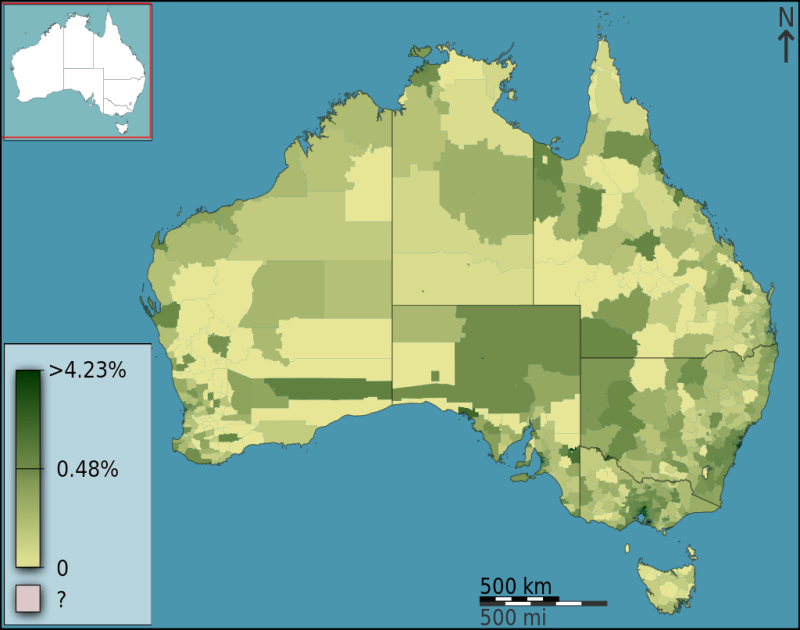 People of Greek ancestry as a fraction of total persons, in Australia, according to the 2011 census results. Toby Hudson based on data from the Australian Bureau of Statistics by Wikimedia Commons

It should be noted that Greeks who have been settled and acculturated to Australia for decades may have a different understanding of cultural traditions than those born and living in Greece today; many Greek-Australians hold onto what they call our culture and traditions as they have been passed down from their Greek-Australian forebears.

The Greek born population in Australia is quite elderly (the median age being 67)1 and some of their children may not have been formally taught the Greek language, history and culture. Nevertheless, the Greek community generally holds particularly strong ties to their homeland identity and culture as well as their language. Orthodox Christianity also remains important, especially to the older generation of Greek Australians. 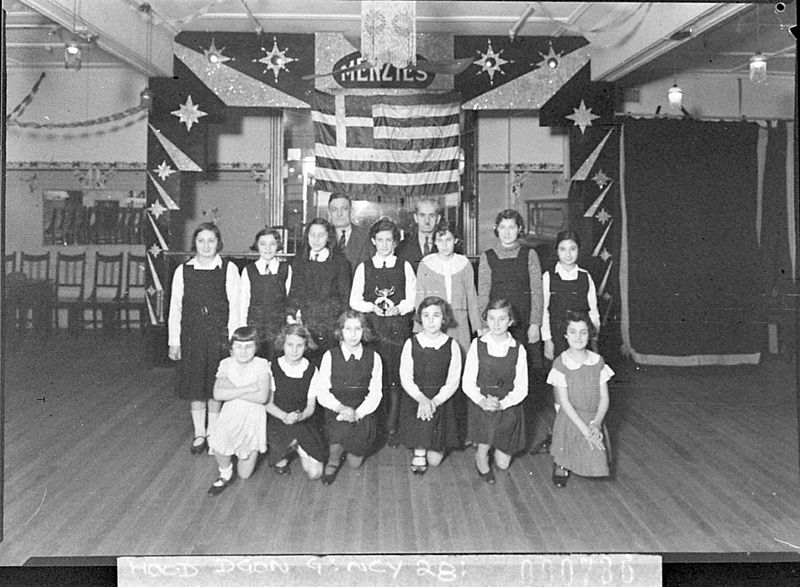 According to authors Maria Irini Avgoulas and Rebecca Fanany “As the Australian-born generations come to dominate the Greek community, an increasing shift from Greek to English has been observed, with many younger people lacking the fluency their parents (the transitional generation) usually possess. This, along with an attitude of pride and acceptance of their cultural heritage, is helping to create a new Greek identity that derives not just from individuals’ own experiences in Australia but also from travel to Greece and interaction on the Internet with members of other diaspora communities elsewhere in the world as well as with people in Greece. The result is a conceptualization of Greek identity that is both more transnational in nature but also more characteristically Australian, reflecting the established nature of people of Greek background within the English-speaking Australian mainstream”.

At the present time, the Greek community has changed. The original immigrants saw themselves as Greeks who were living in a different land and society. Nonetheless, these migrants settled and succeeded across Australia, especially in the larger towns. Their children, who were born in Australia, were compelled by necessity to bridge the gap between their immigrant parents and the larger Australian society. They continued to move into the Australian mainstream, experiencing remarkable success as measured by integration, acculturation, and professional standing. 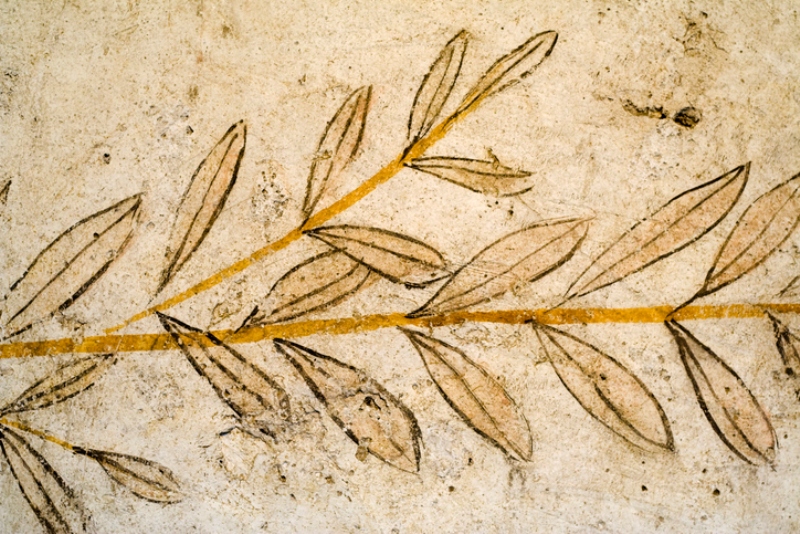 The General Secretariat for Greeks Abroad (GGAE) that was established in 1983 is a Greek government body responsible for the planning, coordination, and implementation of policies relating to the Greek Diaspora.

The mission of the newly established Secretariat General for Public Diplomacy and Greeks Abroad includes the strengthening of the Greek Diaspora’s ties with the homeland, the preservation of their ethnic, linguistic and cultural identity, and the planning of the communication policy for the national image of our country, through the implementation of programs and activities of public diplomacy.