The city of Elevsis will hold the title of European Capital of Culture in 2023 following an EU decision to postpone the city’s term initially scheduled for 2021, due to the coronavirus pandemic and the subsequent impediments to the implementation of the program. The term of other Future European Capitals of Culture* was equally adjusted.

2023 ELEVSIS on the occasion of the announcement of the new term, presented its new vision of the program along with its new visual identity opening for the first time its gates to the global art space through an international open call for independent artists and artistic groups, institutions and organizations from Greece and abroad. The new General Artistic Director, Michail Marmarinos, an internationally renowned Greek director, presented the axes of the new artistic program that draws inspiration from the rich and diverse history of the city. Thus, 2023 ELEVSIS aims to form a comprehensive artistic, research and educational program, under the title “MYSTERIES of TRANSITION”, which focuses on four strategic objectives: Culture, People, City and Environment.

From the Eleusinian Mysteries to the Mysteries of Transition

Elevsis, whose name signifies the arrival of a notable person or an event, is one of the five most important sacred cities of antiquity known as the city of the Eleusinian Mysteries, the mystical rituals that were taking place in honor of the goddess of agriculture Demeter and her daughter Persephone. The Mysteries were a celebration of humans’ association with Nature and Mother Earth praising the cycle of life, as it is described in the myth according to which Persephone went down to the land of the dead and returned to that of the living each year, in perpetual transition. The Eleusinian Mysteries were taking place every September and were held consistently for over 2,000 years celebrating the change of seasons offering a vision of eternal life and triumph over death. 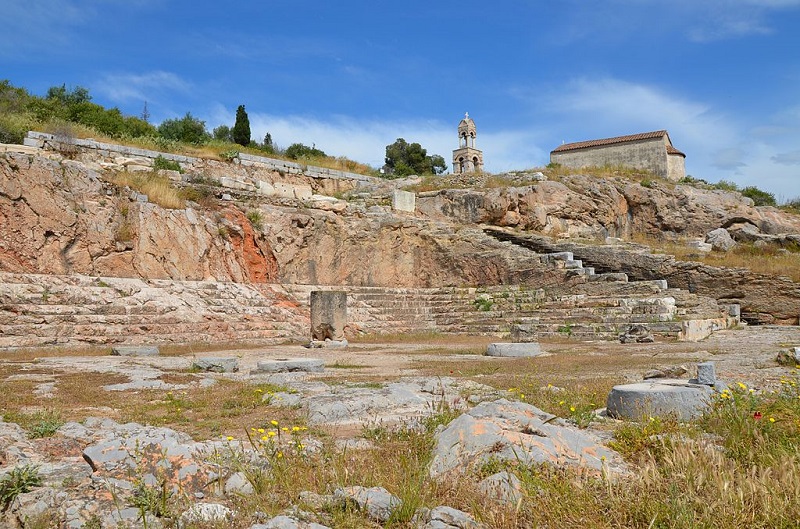 The Telesterion, a large rectangular hall, probably columned, in the Sanctuary of Demeter and Kore at Elevsis. It served as the initiation Hall and Temple for the Eleusinian Mysteries. Date of construction: c. 435 BCE - 421 BCE [Photo: Carole Raddato from FRANKFURT, Germany, CC BY-SA 2.0, via Wikimedia Commons]

Apart from its reach cultural heritage, Elevsis, thanks to its natural port and strategic location, 21 km west of Athens, in the Thriassian Plain was transformed from the 19th century onwards in one of Greece’s largest industrial centers. The signs of both heavy industrialization and -over the years- of deindustrialization are prominent on the body of the city that is keeping its cultural wealth well-guarded, like a timeless mystery. The entire history of modern Greece unfolds in Elevsis, as the substance of the city goes from the ancient glory to the industrial development, migration, labor movements but also to the decline of manufacturing and unemployment.

The abandoned distillery factory “Kronos” built in 1923, one of the most technologically advanced factories in Greece [Photo Source:ELEVSIS_Credit_ANGELOSCHRISTOFILOPOYLOS]

The excessive concentration of industry in the city resulted in major environmental degradation, but today pollution has been decreased. There is also an important effort to transform factories that are no longer in operation, to buildings that will host the contemporary industrial and technological history of the city. Elevsis has already gained awards for its urban reconstruction and its performance in ecology and recycling.

Elevsis narrates 4,000 years of history of humans as producers, as creators and as workers. Until nowadays, Eleusis is a symbol of humans that struggle for a better future, showing dynamism and strength producing knowledge and wealth for their societies. Elevsis, that is also the birthplace of the ancient Greek dramatist Aeschylus, is a unique city firmly maintaining its soul, enthusiasm, and mystery. 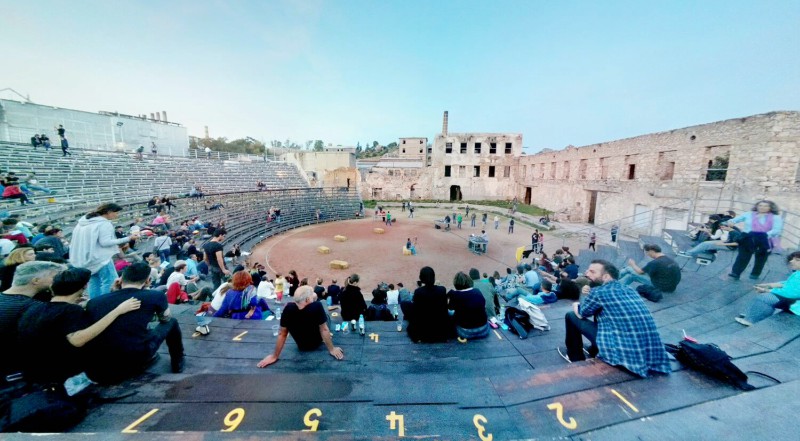 2023 ELEVSIS European Capital of Culture seeks to unveil the invisible side of Elevsis, marking a new era for the city and its transition to a new model of development, focusing on its dynamic cultural assets focusing four strategic objectives:

CULTURE
The aim is to support the artistic creation and cultural expression in all terms through the reveal and development of informal forms of existing culture in daily life activities within the local society.

PEOPLE
2023 Elevsis through its program aims to warm up citizens’ confidence, pride and enthusiasm for the city encouraging their creativity and enhancing cultural diversity within the community.

CITY
When it comes to the city of Elevsis, the aim is to present and communicate its obscured features, values and cultural heritage. Through the establishment or the revival of infrastructures that can improve the quality of daily life for the people 2023 Elevsis will try to introduce the city as a peripheral center for Culture, education and creativity.

ENVIRONMENT
Incorporating first of all, a series of green practices into 2023 Elevsis day-to-day running and its productions, the aim is to shape a collective eco-consciousness in local and regional level. 2023.

First of all, there is a change in the spelling of the organizing company name from ELEUSIS to ELEVSIS which is based on a dominant type of writing, where the Latin U is replaced by the ancient Latin V, the inverted Greek L (Λ). In this way, the coexistence of the Upper and the Underworld is recalled (Λ) – (V), which was a key feature of Elevsinian mythology. Apart from eliminating possible difficulties in pronunciation in the initial name “Eleusis”, the choice of V creates a global and indisputable sound identity of Elevsis.

The new visual identity of 2023 ELEVSIS was inspired by the mixture of the contrasts that reflect the history of the city. From antiquity until today, Elefsis has never stopped evolving, becoming a place of new ideas, where different cultures coexisted. All these concepts are reflected in ‘Iera Odos’ (‘Sacred Way’), the route that started from Athens and ended at the Demeter temple in Elevsis. This route signals the transition, the arrival, the emergence, the birth, the awakening and it becomes the inspiration and the symbol of “2023 Elevsis” identity. The red color of the line which symbolizes “Iera Odos” route, is the color of fire, chimneys, blood, labor movements, rebirth through the coming of Persephone and the power of its people.

The city as an Exhibit

Elevsis, with its archaeological site, its old port and a number of abandoned factory buildings that are transformed in some cases into cultural sites is a city that can be characterized a raw museum displaying though dynamism and enthusiasm. 2023 Elevsis aims to organize actions that turn into "exhibits" elements or traces of the present, of history, of social conflicts and images of the city. Through art residencies, original site-specific works of all art forms and exhibitions of works of art, photography, historical materials etc 2023 Elevsis will turn the city into an exhibit itself.

Promotion of communication between European peoples, the exchange of knowledge, experience and emotion, holds an important place in the program, while special care is given to the connection and cooperation with the other ECoCs of the same year. Enhancing citizen participation, as well as networking of city residents and groups, is a key goal of all actions, to the extent it is possible.

The European Capital of Culture

The European Capital of Culture program started in 1985 on the initiative of the then Greek Minister of Culture, Melina Mercouri, and has developed into one of the most ambitious cultural projects in Europe. The European Capital of Culture as an institution focuses on highlighting the richness, diversity, and common aspects of European cultures, seeking to reinforce ties and mutual understanding between European Citizens. It also aims at the revelation and development of the tangible and intangible Economy of a city via the interventional contribution of Art, Culture and Research.

"Eleusis, the great mysteries" at the Acropolis Museum
Eleusis to become European Capital of Culture in 2021
Aeschylia Festival 2018