The transformation of Athens’ former Public Tobacco Factory into a Cultural Center is the talk of the town nowadays, as the renovation of the historic building – which is located in the heart of the city (218 Lenorman Street) - was recently completed; more specifically, the Factory (re)opened its doors to the public as vast contemporary art space (June 11) with a grand show on the pandemic, namely the exhibition “Portals” that will be running through December 31, 2021. The ambitious restoration project is the result of a collaboration between the Hellenic Parliament and the nonprofit contemporary art organization NEON within the framework of the 200th anniversary of the Greek War of Independence. 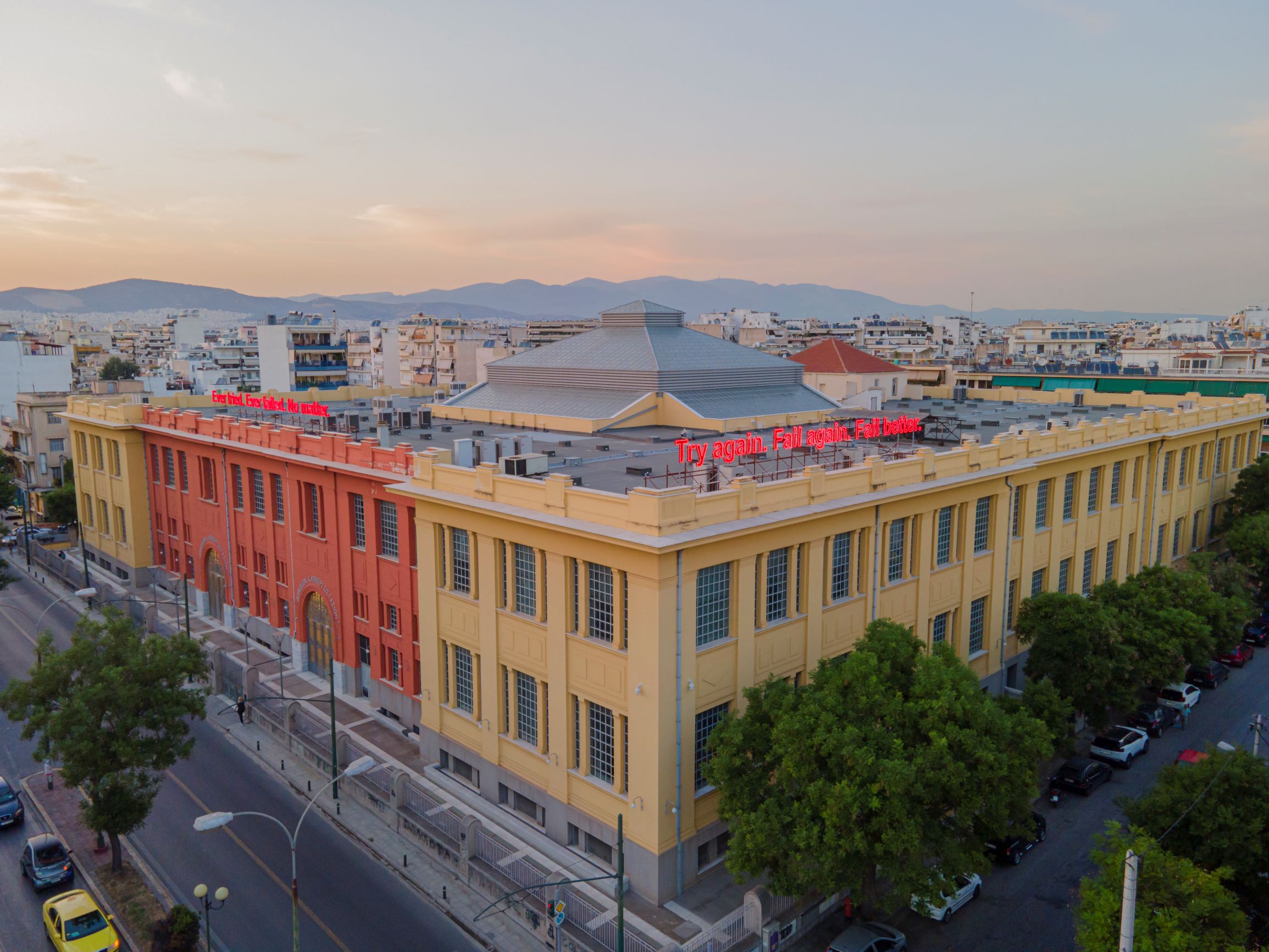 Once a symbol of Greece’s industrialization and progress, the Tobacco Factory’s construction started in 1927 using government funds to serve the country’s booming cigarette manufacturing industry. However, the Factory began operating in 1930, at a time when the international crisis had already reduced Greek tobacco exports; many Greek tobacco exporters were wiped out and the working class – tobacco growers and workers – faced enormous hardships. In its 65 years of operation, the Public Tobacco Factory housed 25 cigarette companies, with Sante being the last to leave.

It is, thus, clear that this historic landmark, which was designed by civic architects Pavlos Athanasakis and Antonis Ligdopoulos, is not only a classic example of the capital’s early modernist, inter-war architecture with generous interiors, entrance halls, and light-filled atria – but also an example of the city’s “soul”: the memories of the people who worked there, the history of the country. As Fanis Kafantaris, Architect NTUA and head of Architecture & Design at NEON put it:

“[…] A crucial consideration in our efforts was the inherent respect for the past of this architecturally – and historically significant building – an ambassador of our domestic industrial heritage and the capital’s evolution”. 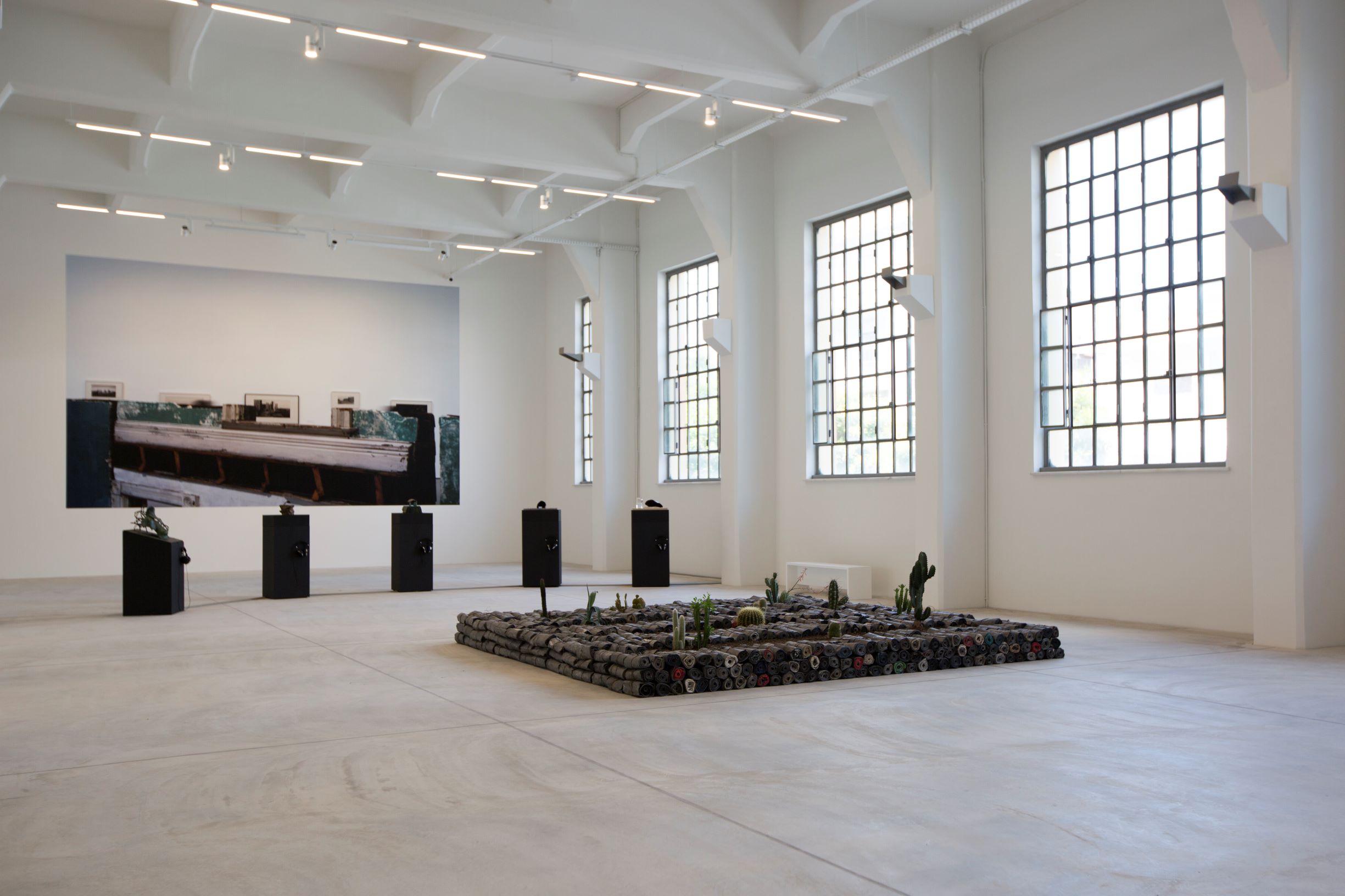 Since 2000, half of this emblematic building which comprises a city block (with a total area of 19,000m2), is home to the Hellenic Parliament’s Library and Printing House. NEON undertook renovations of the rest of the premises which had, until now, remained closed and unused, and gifted it back to the Parliament for public use, with the aim to create a contemporary cultural and social space –open to all –that functions as a dynamic hub for meeting and exchanging ideas.

The new 6,500m2 cultural space was inaugurated by the international group exhibition “Portals” (June 11- December 31, 2021) curated by Elina Kountouri, Director of NEON, and Madeleine Grynsztejn, Pritzker Director, Museum of Contemporary Art Chicago. The show features 59 artists from 27 countries including 15 new site-specific installations commissioned by NEON and 18 Greek artists that are exhibiting new works or works whose framework of creation and presentation have been renewed to make them site-relevant.

The inspiration for the exhibition - which is considered NEON”s magnum opus- originates from an article by author Arundhati Roy (April 2020) which states that “the pandemic is a portal, a gateway between one world and the next”;  it is up to us to deal with our transition through it. The aim of the exhibition is, thus, to touch upon issues related to collectivity, cultural understanding of history, politics, public space, and our common past, present, and future. 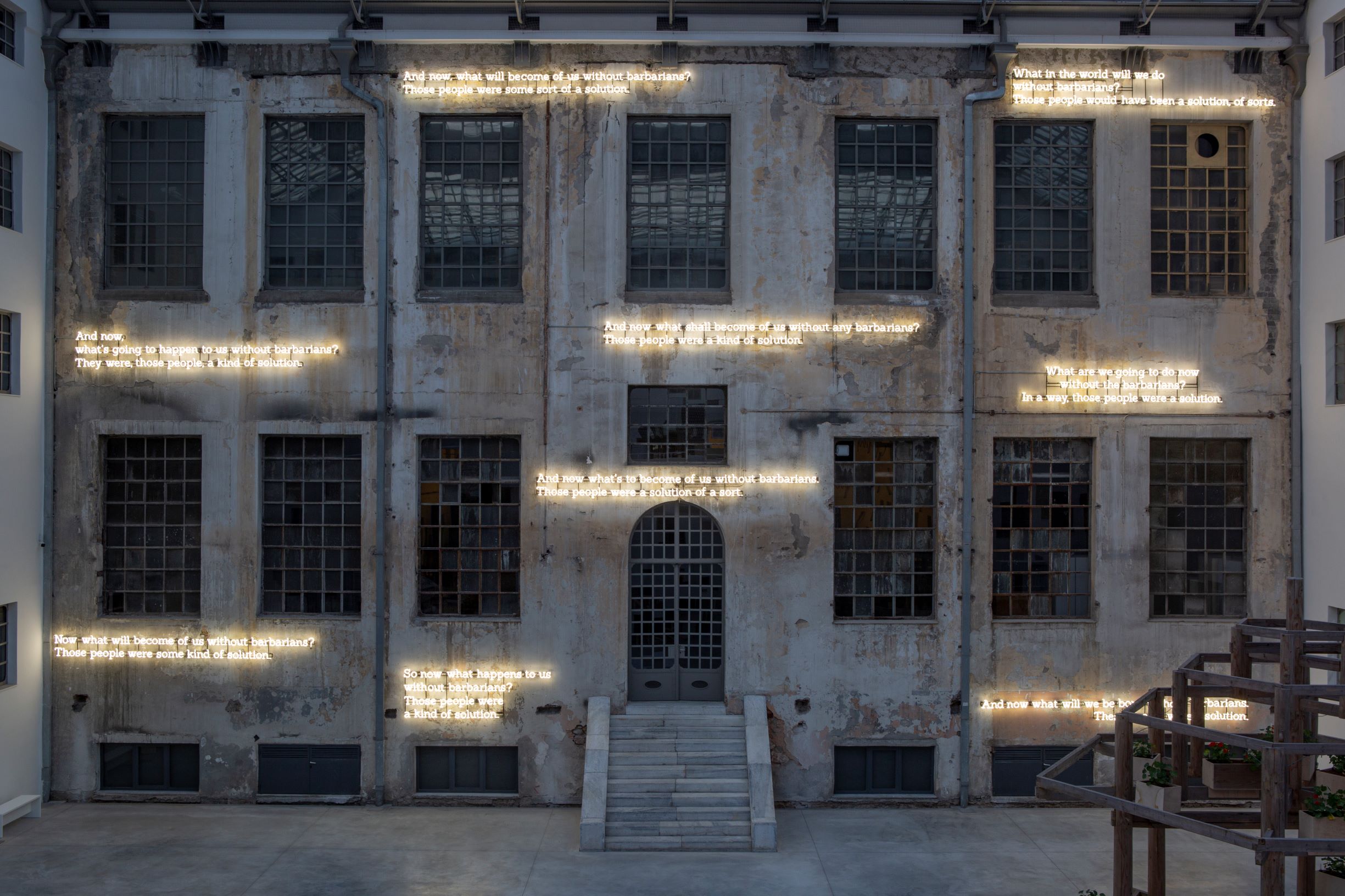 “This moment of disruption is the perfect opportunity for a new kind of cultural institution, one that openly recognizes that going back to ‘normal’ is not only impossible but undesirable, as outlined by Arundhati Roy in her essay which serves as the inspiration for the Tobacco Factory’s inaugural exhibition, Portals. To start a cultural institution afresh now offers the chance to be free of outdated formulae that constitute the conventions of many museums”.

Entrance to the exhibition is free, by timed ticket booked in advance only (> Plan your visit here)

See also on GNA: Flying over the Abyss: NEON’s ode to Kazantzakis; Arts in Greece | The Art of “Dancing” Through Dionisis Kavallieratos’ eyes; Avant-Showtime for Greece’s National Museum of Contemporary Art; Arts in Greece | Exploring the Athens Metro, Greece’s Underground “Museum”; “Greece 2021” | The celebrations for the 200th anniversary of the country’s Independence War.