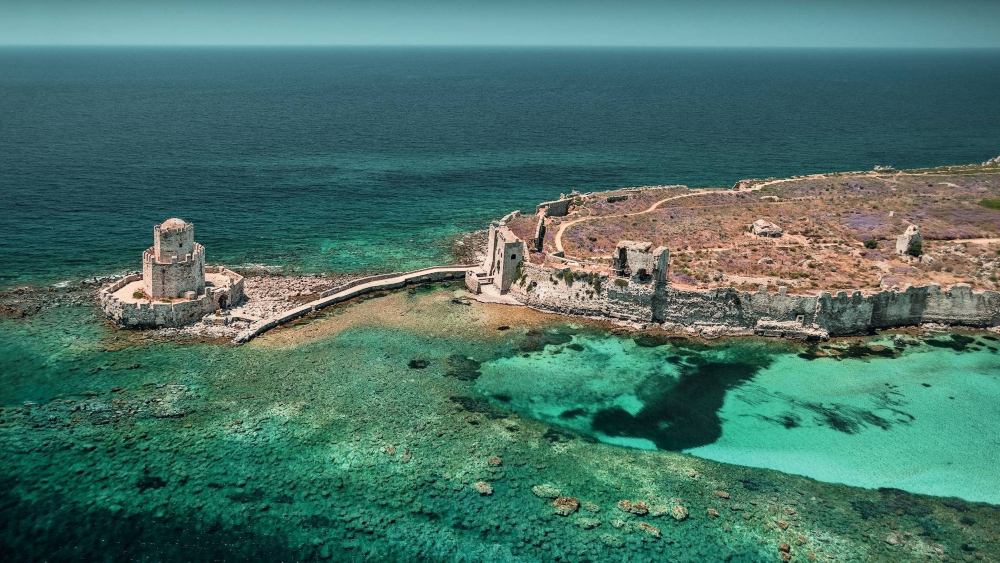 As part of the Greek Revolution bicentennial celebrations, the project Morias21 invites you to discover the attractions of the Peloponnese, a region which played a seminal role in the Greek War of Independence and remains a fascinating destination thanks to its rich history, art, gastronomy and, of course, natural beauty.

The Captain Vassilis and Carmen Constantakopoulos Foundation and TEMES S.A. join forces with the General Secretariat for Greeks Abroad and Public Diplomacy of the Hellenic Ministry of Foreign Affairs, in collaboration with the South East European Studies at Oxford (SEESOX) and The Hellenic Initiative to invite Greeks of the Diaspora, as well as anyone interested in the rich history and culture of Greece to explore the countless attractions of the Peloponnese , and walk in the footsteps of the heroes that shaped Modern Greek history.

The peninsula of the Peloponnese was historically known as Morea , or Morias in vernacular Greek. Its rich and turbulent history is attested in its many monuments, from ancient Greek temples and theatres to Byzantine monasteries and Venetian fortresses. Morias was the heart of the Revolution during the Greek War of Independence, producing countless fighters –including some of Greece’s most prominent heroes– and becoming the field of many battles, sieges, revolts, massacres, triumphs and tragedies. Each site and each path has a story to tell, and the Morias21 project helps you discover many of them.

On the Morias21 official website you can find 21 routes for trips around the Peloponnese. They are designed as self-guided car trips of 3, 5 or 7 days and combine one or more major cities and towns with nearby sites of historic importance, special interest or great natural beauty. The thematic routes are planned around 10 major destinations that are suggested as starting points and major stops. These are:

Areopoli, the homeland of the powerful Mavromichalis family, a large and prominent clan who acted as rulers (bey) of the semi-autonomous Mani Peninsula.

Kalamata, one of the first towns liberated from the Ottomans.

Kardamyli, one of the most picturesque towns of the region.

Corinth, which the First National Assembly at Epidaurus had designated as the first capital of revolutionary Greece and seat of the Executive of 1822, from January to May 1822.

Kyparissia, a major commercial hub at the time of Ottoman rule, under the name of "Arcadia", with an impressive castle.

Messini, an important military base for the Greek forces during the Revolution. 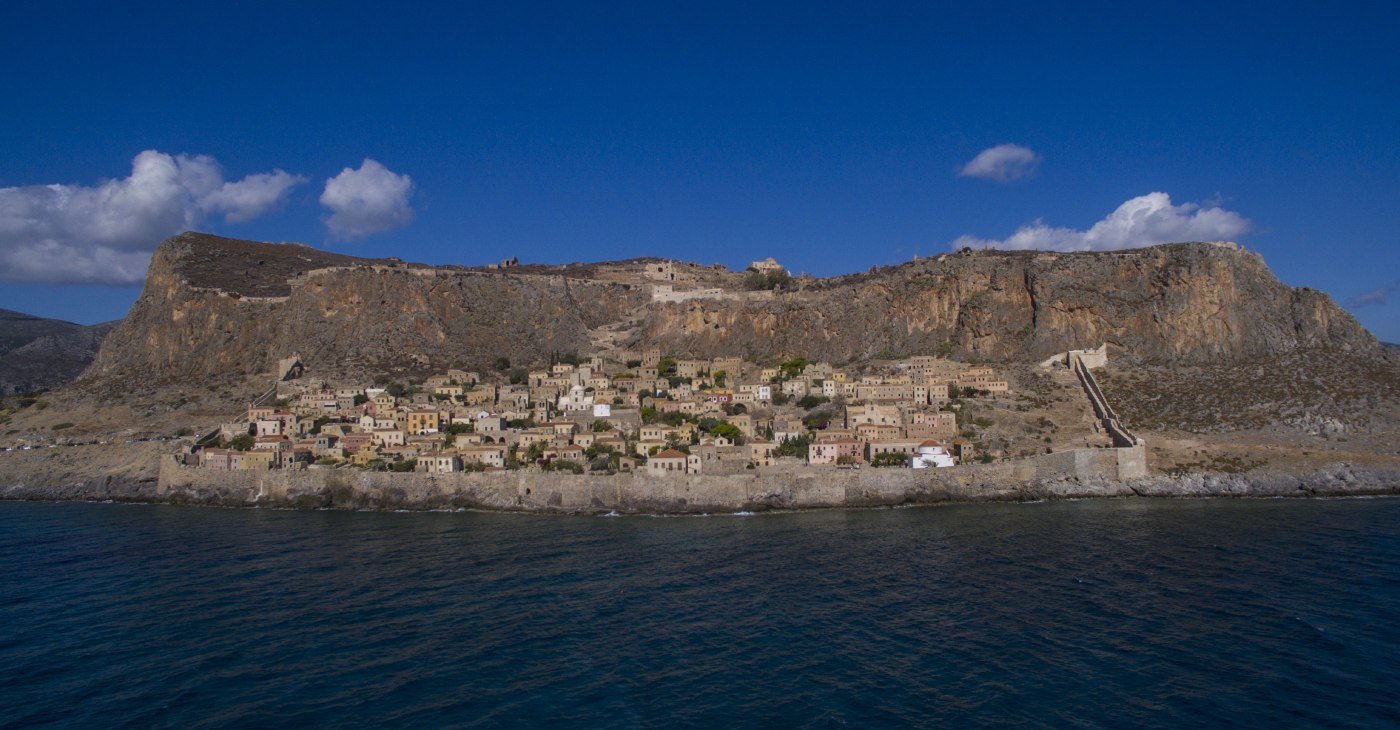 Monemvasia, with its impressive fortress, the first fortified city of the Peloponnese to come under the control of the Greek rebels.

Nafplio, the first official capital of the Greek State, seat of the Government of Ioannis Kapodistrias and the site of the latter’s assassination.

Pylos, historically known as Navarino, the site of the naval Battle of Navarino, where the allied forces from Great Britain, France and Russia decisively defeated Ottoman and Egyptian forces, breathing new life into the Greek Revolution.

Tripoli, known as Tripolitsa or Tripolitza at the time of the Greek Revolution, where the Greek forces, led by Theodoros Kolokotronis (the most famous Greek hero, also known as "the Old Man of Morea"), won one of their most important victories against the Ottomans.

The routes also include several other sites of historical importance, such as Gythio, a key harbour during the Revolution, the majestic castles of Methoni and Koroni, the old monastery of Vrontamas, the Metamorphosis Monastery in Molaoi, the old Monastery of Voulkanos and others.

George Philip Reinagle’s Battle of Navarino, housed at the National Maritime Museum in Greenwich, London, is brought to life as an animated multimedia digital exhibit in Pylos

The digital exhibition "The journey of a nation" was envisioned and put in place by Captain Vassilis and Carmen Konstantakopoulos Foundation and TEMES A.E., to celebrate the 200 years since the beginning of the Greek Revolution. The start of the revolution in Eastern Mani, the liberation of Kalamata, the fall of Tripolitsa, the naval Battle of Navarino and the arrival of the first Governor of Greece, Ioannis Kapodistrias, have inspired many paintings & engravings over the years.

As part of the exhibition, some of these works are reconstructed with animation techniques and digital two-dimensional and three-dimensional display, with a narrative based on the memoirs of Theodoros Kolokotronis. The Digital Exhibits are displayed in specially designed rooms were the entire interior functions as a projection screen. You can view these digital exhibits in the cities of Pylos, Kalamata, Tripoli, Areopoli and Nafplio.

The exhibition "The Morias of Freedom" presents local traditional folk costumes from the time of the Revolution, from various parts of the Peloponnese. It was created by the George and Victoria Karelia Foundation in collaboration with the Lykeion ton Hellenidon (Lyceum Club of Greek Women) of Kalamata and the Collection of Greek Costumes "Victoria Karelia", and is hosted in five different venues (Pylos, Kalamata, Tripoli, Nafplio and Costa Navarino in Messinia) around the Peloponnese. 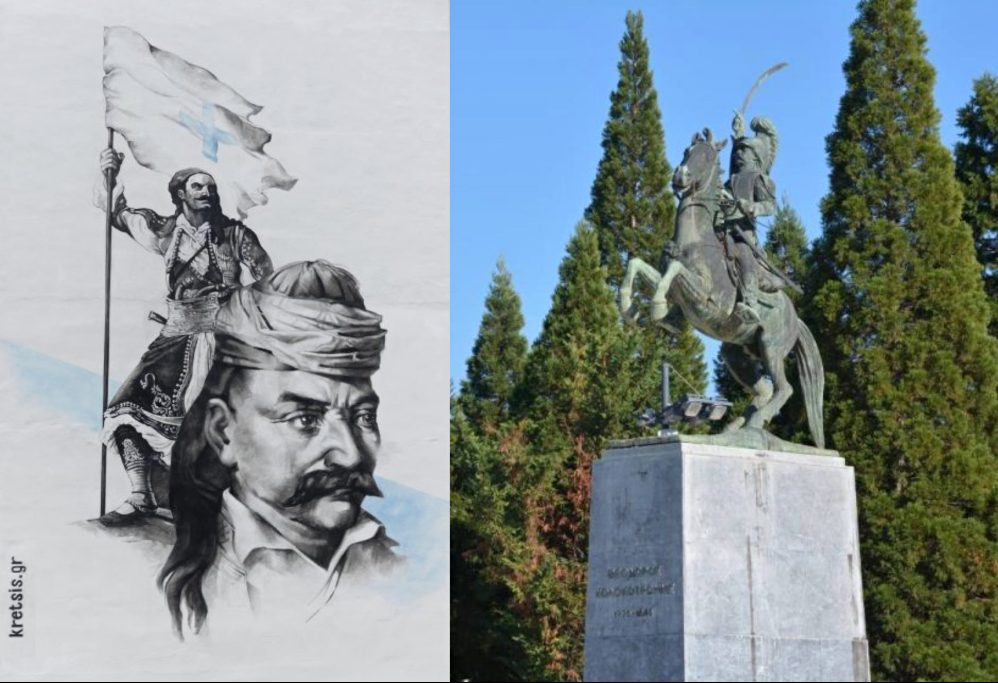 To honour the Bicentenary of the Greek War of Independence, young artists, students and graduates of the Athens School of Fine Arts have created 10 public murals in selected cities of the Peloponnese. Historical moments of the Revolution and portraits of great fighters are rendered in the form of graffiti on buildings and streets, in Pylos, Kalamata, Areopoli, Kardamili, Nafplio, Corinth and Tripoli.

Six paintings from the Benaki Museum are choreographed by Froso Korrou under the direction of Olga Brouma, to bring to life famous instances of the struggle for independence, as it was imagined and captured by great artists. Performers in Athens and Thessaloniki replicate but also transform iconic paintings by Theodoros Vryzakis, Dionysios Tsokos, Henri Decaisne, January Suchodolski and Sir Charles Lock Eastlake. The project is organised in collaboration with the Attica department stores, Mediterranean Cosmos, Athens Golden Hall & The Mall Athens, which also function as venues. 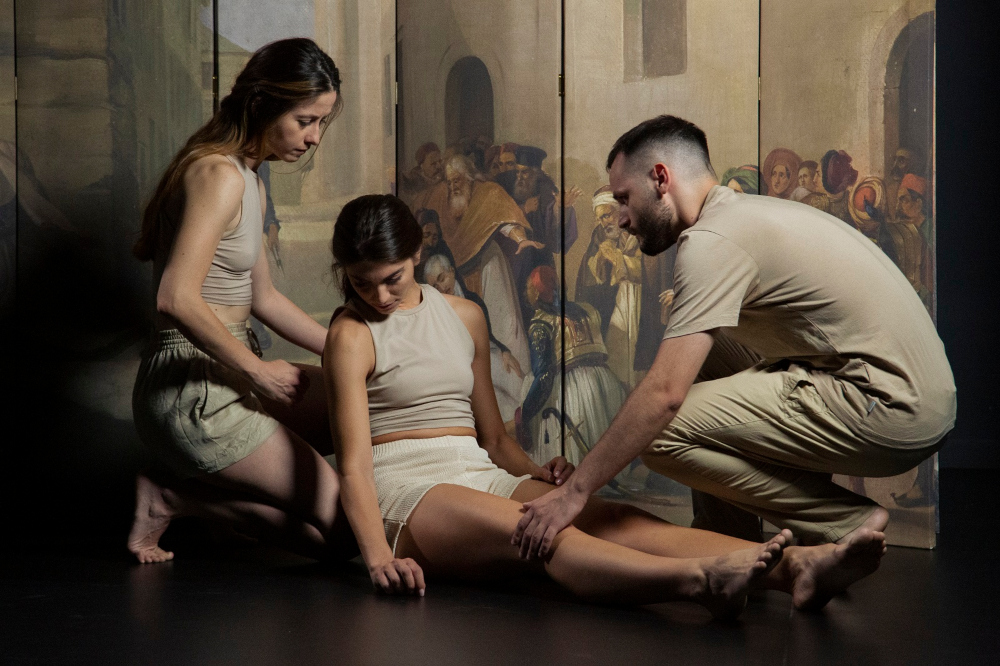 As part of the Morias21 project, you are also invited on a culinary journey through the distinct ingredients and tastes of the region, reimagined in creative recipes by the celebrated Greek chef Lefteris Lazarou.

Travelling through the Peloponnese, you can enjoy the unique Mediterranean nature and explore the rich fauna of the area. The Morias21 website offers a detailed catalogue of the region’s famous trees, providing information about the historic moments and legends with which they are linked. Like buildings and monuments, trees can also carry traces of history – from Kapodistrias’s palm tree in Nafplio to Papaflessas's Mulberry in Messinia.

Read also via Greek News Agenda: One-way to… Monemvasia, the Hidden Gem of the Peloponnese; The castles of Methoni and Koroni; Acrocorinth: The mythical acropolis; The medieval ghost town of Mystras; Visit the Argolida Castles; Theodoros Kolokotronis: The archetypal Greek hero; Ioannis Kapodistrias, Modern Greece’s first head of state; "Greece 2021" | The celebrations for the 200th anniversary of the country’s Independence War

N.M. (Intro: The Castle of Methoni and the Bourtzi islet [from the Morias 21 website])