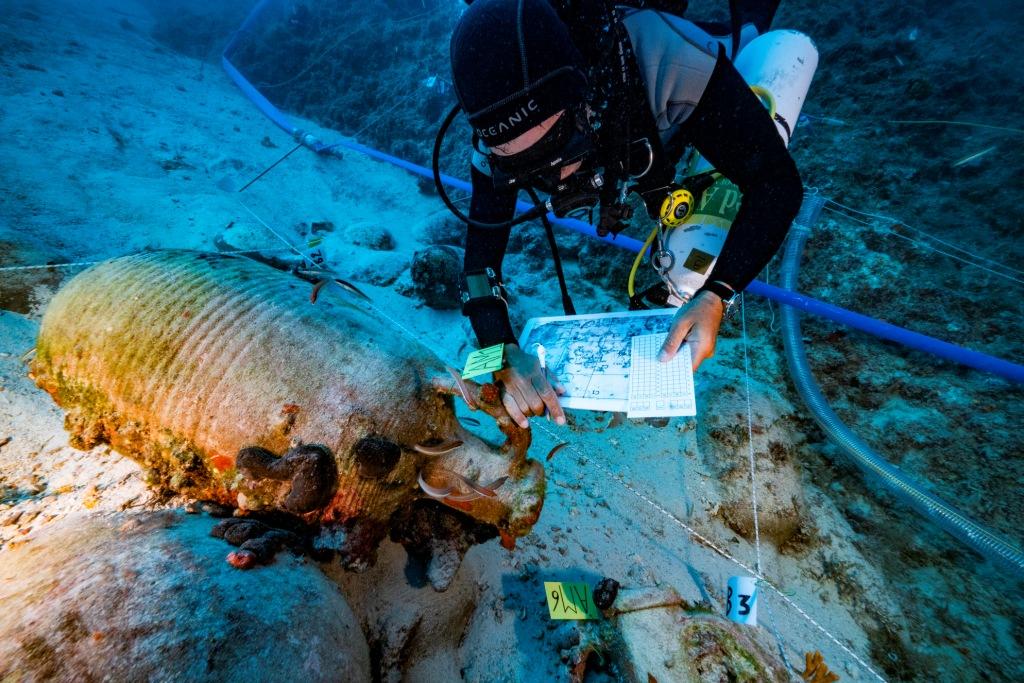 The Hellenic Ministry of Culture and Sports has announced the results of last year’s underwater archaeological mission to the Fournoi archipelago.

According to the ministry’s Press release, the sixth archaeological mission of the Ephorate of Underwater Antiquities to the Fournoi archipelago (Fournoi Korseon) in the North Aegean Region, which took place in 2021, focused on the study and documentation of a shipwreck of the early Byzantine period.

The shipwreck was located off Cape Fygou (Aspros Kavos), on the east coast of the island of Fournoi, at a depth of 43-48 metres on a steep, sandy bottom, in one of the island’s most hard-to-reach areas, affected by strong winds during most of the year. 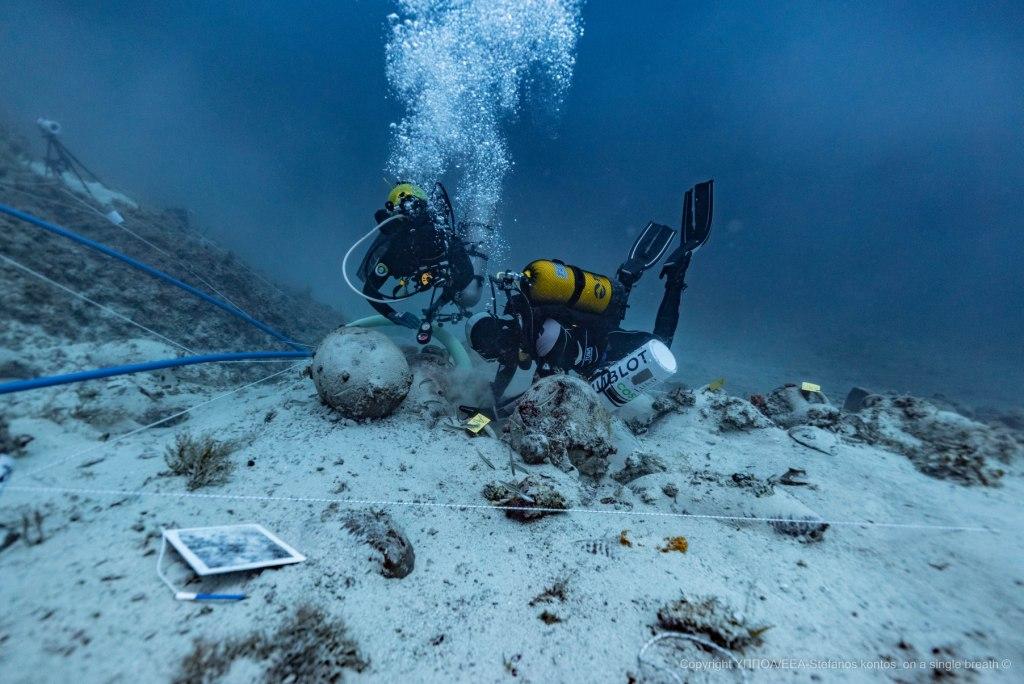 Out of a total of 58 shipwrecks that have been identified in the Fournoi archipelago, this one was selected as the most interesting scientifically, both because of its integrity and structural cohesion, and because of the heterogeneous cargo it carries, consisting of six different types of amphorae, originating from the region of Crimea and Heraclea Pontica. There is also a supplementary cargo of domestic pottery from the Phocaea region in north-western Asia Minor.

The archaeological investigation was carried out under the direction of Dr George Koutsouflakis of the Ephorate of Underwater Antiquities. The research was conducted by a staff of 25 divers of various specialties (archaeologists, architects, archaeological conservators, professional divers, photographers, videographers, undergraduate and postgraduate students). A total of 292 individual dives were carried out as part of the survey, representing approximately 220 hours of seabed work. The data collected from the survey are considered to be extremely important for the planning of a systematic excavation of the wreck in the near future. 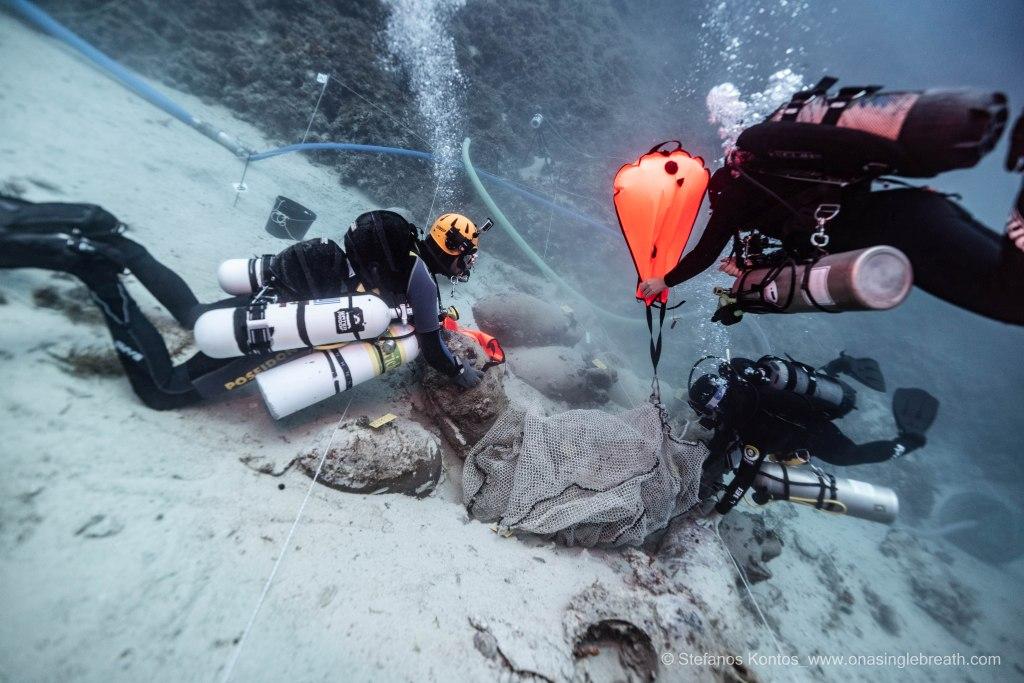 As part of the 2021 survey, sand deposits surrounding the western, shallow side of the wreck were cleared off, and a test trench was opened, allowing researchers to investigate its stratigraphy. Around 15 buried amphorae were uncovered, including a type of amphora attributed to the city of Sinope on the Black Sea; also retrieved were a number of table wares and parts of wood, believed to come from to the vessel’s hull, which probably survived in the anoxic sand layer under the wreck's cargo.

The discovery of the table wares helped the scientists make a fairly precise dating of the wreck, placing it in the years between 480 and 520 AD, probably during the reign of Emperor Anastasius I Dicorus (491-518 AD), of the Leonid dynasty, known from historical sources mainly for his fiscal and monetary reforms, boosting the state's coffers and allowing the expansionist policies of 6th-century emperors. 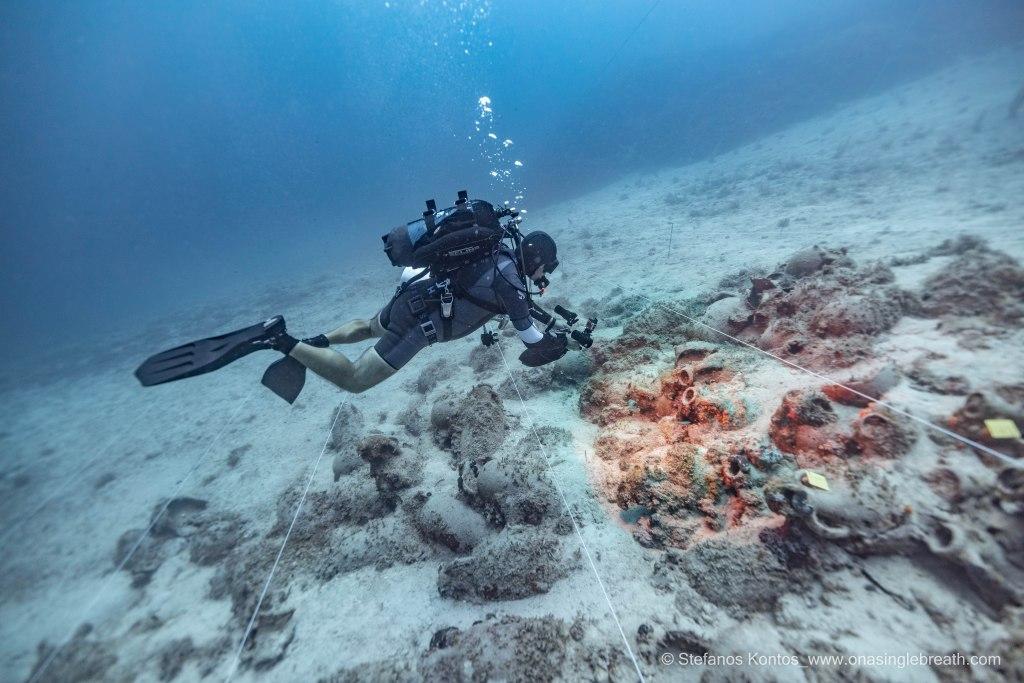 The dive team also undertook the recording of other wrecks in the Fournoi archipelago, in the framework the project "Diving Routes in Marine Protected Areas of the Eastern Mediterranean", implemented as part of the European cooperation programme Interreg V-A Greece-Cyprus 2014-2020. Financial and logistical support for the research was provided by the Municipality of Fournoi Korseon, the Interreg cooperation programme, The Explorers Club, the Korseai Institute and other private organisations and NGOs. 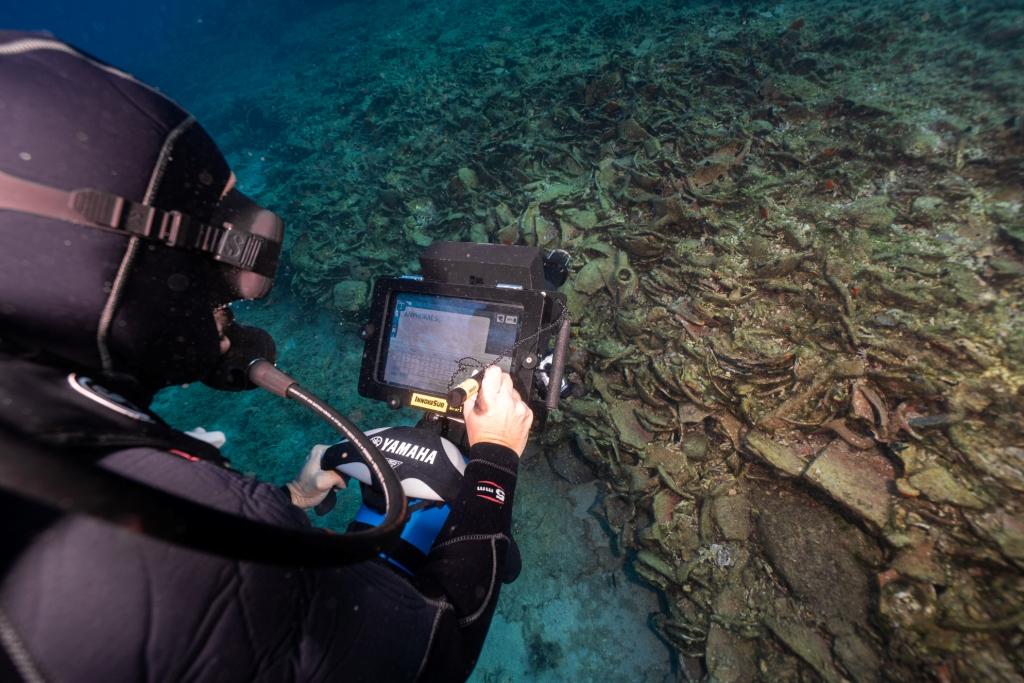