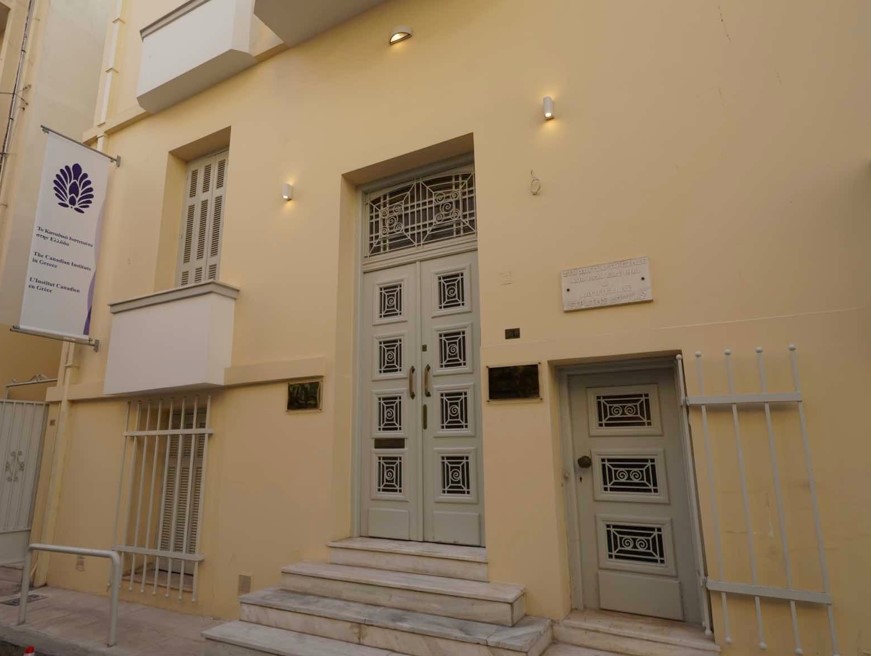 The Canadian Institute in Greece has been operating in Athens since 1976 as an archaeological institute aiming to promote Canadian research and education in fields relating to Greece’s heritage, including significant archaeological fieldwork and scientific study. The Canadian Institute has recently relocated to its newly acquired premises in the heart of Athens marking an important step in the Institute’s expansion and visibility in Greece. As the Institute is a privately-funded, not-for-profit organization, the relocation to the new building was possible by a generous donation from the Greek-Canadian Mirkopoulos family honoring the memory of the remarkable Greek-Canadian entrepreneur, film studio pioneer and philanthropist Nick Mirkopoulos.

The Institute, which is one of the seventeen foreign archaeological institutes officially recognized by the Greek Ministry of Culture, advances knowledge of Greece in all periods by sponsoring and promoting archaeological fieldwork, providing resources for scholarly research, and disseminating results. The Institute with primary responsibility for Canadian archaeological research in Greece seeks to support the investigation, preservation, and presentation of Greece’s cultural heritage. 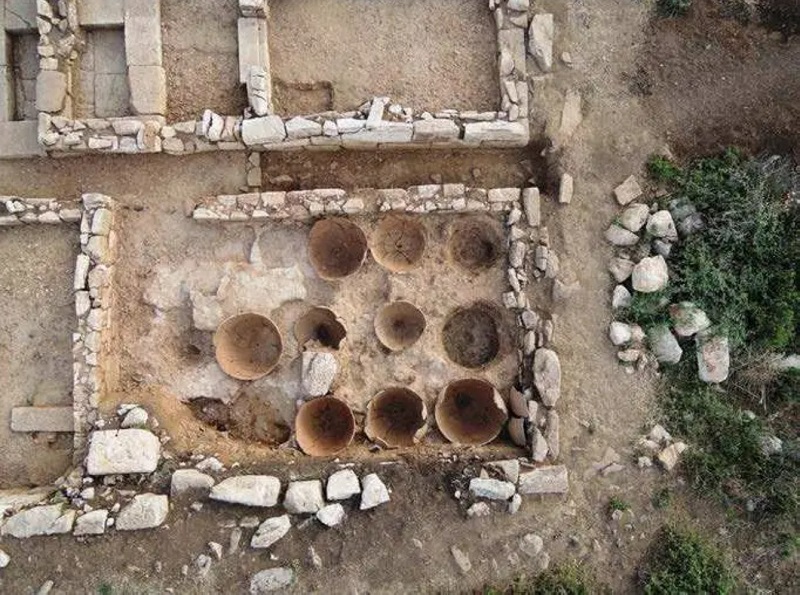 The Canadian Institute’s work in Greece

To this end, the Institute promotes research in all aspects of ancient, Byzantine and modern Greek studies, including classics, history, art history, anthropology and the fine arts. This is achieved through:

• an academic programme of seminars, lectures, conferences and summer schools;
• the provision of services for its members, including applications for study and fieldwork permits; advice on the development of research programmes; access to accommodation and library facilities in Athens;
• the provision of fellowships for graduate and post-doctoral research in Greece, and internships for undergraduate and graduate students to experience academic life in Athens through the services of CIG.

The Canadian Institute is also very active in the excavation domain. In cooperation with state archeological authorities, universities and other foreign archaeological schools in Greece the Institute has developed excavations and research projects all over the country. Among the recent excavations and researches of the Institute we list the excavation of an Hellenistic city in Thessaly, of an Early Bronze Age cave in South Evia in partnership with the Ephorate of Paleoanthropology‐Speleology of Southern Greece under the Southern Euboean Exploration Project of the Institute, the excavation of the ancient Greek polis of Argilos in Macedonia co-directed by the University of Montreal, the excavation at the acropolis of ancient Eleon in eastern Boeotia and a research at a chipped-stone assemblage at Stelida in Naxos, a geological rarity in the Aegean used as tool-making material before the introduction of metal-working 7,000 years ago.

The new, three-storey, historically significant building and prime example of 1930s Athens architecture was the residence of the well-known writer, artist and art critic, Stratis Doukas, from 1938 until 1981. By relocating to its spacious new home, the Institute will be able to further enhance its contribution to Greek archaeology and expand its activities to include arts and culture, by presenting the work of Canadian artists and promoting collaboration between Canadian and Greek cultural communities.

The new home of the Canadian Institute was named “Center Nick Mirkopoulos” after the Greek-Canadian businessman as a recognition of the generous donation of his family. Mirkopoulos emigrated to Canada in 1968 and created a family business that renovated and upgraded many heritage landmark buildings in Canada. Most notably, however, he was a prolific builder of film studios and in 1988 spearheaded the development of the first large-scale film production campus in Canada, Cinespace, later developing four additional campuses in Toronto and Chicago. Mirkopoulos was born in the village of Kalochori in Kastoria, northern Greece, and died there in 2013 at the age of 71.

The address of the new Canadian Institute’s home is 3 Orminiou street, in Athens.
https://www.cig-icg.gr/