A cross-cultural year 2016 for Russia and Greece 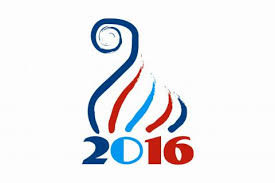 2016 has been designated as a cross-cultural year between Russia and Greece that will strengthen bilateral relations in many fields. This special partnership was sealed with a Joint Declaration, signed by the two countries in October 2013, while its main focus is to build mutual beneficial partnerships with substantial economic results, opening up new areas of scientific, academic and business synergies, and to seek new markets for tourism among other areas of activity. A special website for the Year of Greece in Russia by the Secretariat General for Media and Communication has been promoting the initiative in Greek and Russian.

In an official visit in Moscow last month, Greek President Prokopis Pavlopoulos inaugurated the Greece-Russia year 2016 and invited his Russian counterpart President Vladimir Putin to visit Greece this year. Pavlopoulos recognized Russia's important contribution to dealing with the huge challenges worldwide and the two officials announced 37 events within the framework of Greece-Russia 2016 that will bring the two countries and the two peoples even closer. 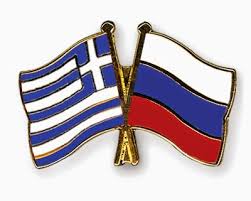 On Thursday (28/1), the Foreign Ministry’s Secretary General for International Economic Relations, Giorgos Tsipras, met in Moscow with the Russian Deputy Minister for Economic Development and Interregional Cooperation, Alexander Tsybulskiy, where they discussed on the strengthening of Greek-Russian interregional cooperation and agreed with the proposal of the Russian side to upgrade the level collaboration.

Alternate Tourism Minister Elena Kountoura, in an interview with the ANA-MPA last Friday (29.1), said that Russia is a priority market for Greece and that could in the long term become a powerful source of tourism flow to the country, adding that in the context of the Year of Greece in Russia 2016, Greece will be receiving the maximum of promotion in Russia. As Ms Kountoura pointed out, one of Greece’s strongest comparative advantages as a destination, is the inexhaustible variety offered by the country to visitors with different preferences, demands and financial means and noted that Greece constitutes a very attractive choice for Russians in terms of the price-to-quality ratio and an easily accessible destination, ideal for repeat visitors.

A few days earlier, (25/1) Alternate Foreign Minister for European Affairs, Nikos Xydakis assured Minister Elena Kountoura about the timely planning and implementation of the new demanding system for issuing visas with biometric data (VIS), that it will be ready to serve third-country (non-EU) nationals planning to visit Greece in the coming tourist season, especially from Russia.