Greek Minister of State Nikos Pappas briefed the Economic and Commercial Diplomats of the Foreign Diplomatic Missions in Greece, at an event organized at the Greek Secretariat General for Media and Communication last Friday (11.3).

Pappas presented the main priorities of the Greek Government’s program, as well as facts and data from 2015 that convey a solid message to the international community that “Greece is performing better than expected”. 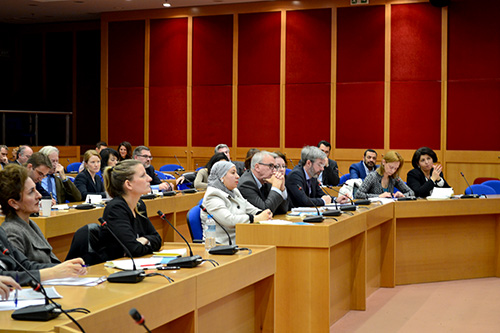 The key points of his presentation are summarized below:

•              Following the enforcement of capital controls in Greece last summer, all predictions with regard to the Greek Economy, estimated a 3% recession for 2015. Most recent data show “zero” recession, an accomplishment attributed to a significant progress in limiting tax evasion.

•              In 2015, revenues exceeded the original target by 2bn Euros, in a year marked by turmoil and elections. This was mainly due to the continuous and systematic efforts to increase tax-evasion controls within the country as well as to make use of all available information about Greek deposits in foreign banks to proceed with inspections for possible tax evasion.

•             The EU’s National Strategic Reference Framework (ESPA) funds for the 2007-2013 period has been accelerated and completed successfully in December 2015 with an absorption rate reaching 97.5%. For the first time, Greece becomes a champion of Europe in EU funds absorption rates.

•              Greece fulfills its obligations agreed with the international creditors last summer and today no one questions the credibility of the Greek authorities. The Greek Government is convinced that the first evaluation of the Greek economic program will be completed very soon allowing for the discussions on the Greek debt relief to start immediately after, as previously agreed.

•              A significant overhaul of the Greek Public Administration took place with the creation of a National Registry of highly qualified personnel to staff all high rank posts based on meritocracy and transparency. For the first time, civil servants will staff the posts of Secretary General in Ministries, for a full 5-year term, ensuring the Greek administration’s effective depoliticizing and its undisturbed continuity.

•              An international competition for the licensing of Greek private TV channels is underway for the first time after 25 years of operation by way of consecutive “lawful operation extensions”.

•              An exceptionally important pension reform is under way to address the unsustainability of the current system, due to high unemployment, the collapse of reserves and aging population. The reform is based on introducing a national pension for all beneficiaries in combination with a growth clause which will guarantee an increase in pensions while the Greek economy grows.  After 12 consecutive reductions in pensions (by 40% since 2010), the Greek Government is determined to resist further cuts.

•             A new development law will be promptly introduced in Parliament, aiming at supporting high-added-value businesses that invest in human capital.

•              There is progress in the privatization agreements of regional airports, the Thessaloniki Port Authority (OLTH) and the Asteras hotel resort in Vouliagmeni.

•              Greece fully assumes its share of responsibility on the refugee crisis and expects the same stance on behalf of the international community and especially the EU. EU members should share opportunities and responsibilities and not seek to protect their own interests when a crisis occurs. 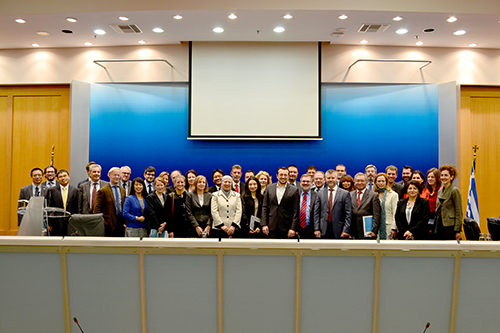