FinMin Euclid Tsakalotos on what Greece gained, the Left's proposals and the future of Europe 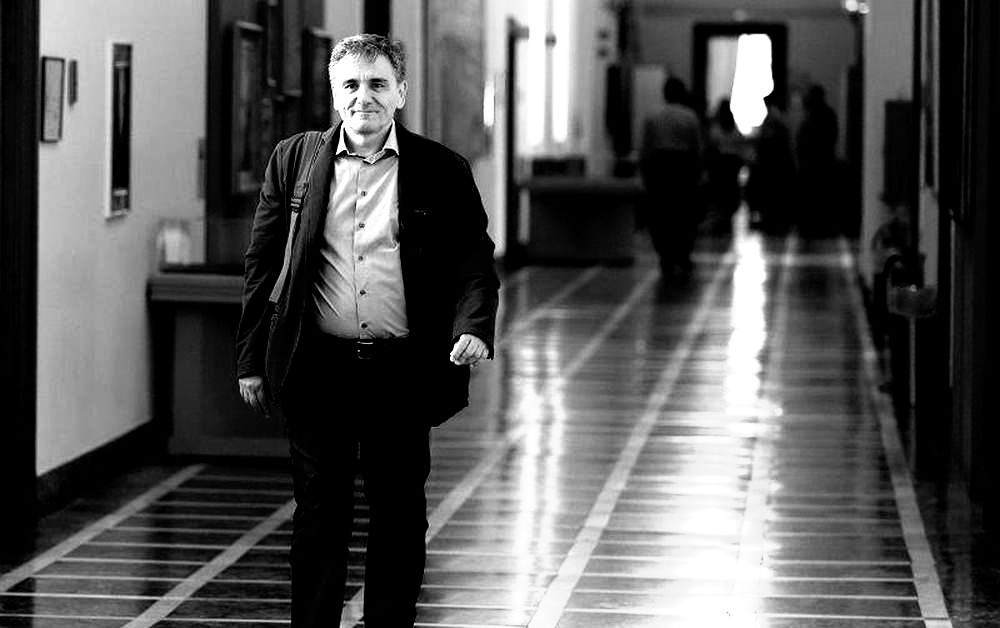 As Greece's economy recovers and the impact of reforms kicks in, the focus of government policy will shift toward relieving the burden of middle incomes, Greece's Finance Minister Euclid Tsakalotos said in an interview published by "Avgi" newspaper ("Yes, June's Eurogroup was beneficial for Greece"/"Ναι! Τον Ιούνιο αποκομίσαμε στο Eurogroup τρία σημαντικά κέρδη", 25.07.17)  He spoke about the government's negotiating tactics and the benefits resulting from its decision to reject the agreement offered on May 22 and push for a better deal at the next Eurogroup on June 15.  Tsakalotos also commented on the future of the Left in Europe, in an opinion piece published in newspaper “Efimerida ton Syntakton” (24.07.17, "Quo vadis Europa?"/"Που πάει η Ευρώπη;")

What has Greece gained?

The most important difference between the two agreement documents is that in the June 15 agreement long-term primary surpluses targets were now “locked in” at 2 pct of GDP, whereas previously they had been set at “at least 2 pct” which will allow for us to further define medium-term debt relief measures.

Another benefit is and that there has been a change to the wording concerning debt relief, with Greece’s EU partners now committed to provide debt relief “to the extent it is required” rather than “if necessary”. Based on this new wording, debt relief measures are a given, and future discussions will focus on the extent of their implementation, lifting thus the uncertainty that accompanied previous decisions -where debt relief retained an element of political negotiation and depended on the political will of sides that didn’t have Greece’s best interests in mind. Lastly, Tsakalotos added, there was greater clarity regarding the measures for growth, on which the government will give emphasis.

Asked when Greece might return to the bond markets, Tsakalotos said that over next few weeks, when the next installment of financial aid will be released, the members of the Public Debt Management Agency, depending on domestic and international economic conditions and in coordination with the government, may organize a test return to the marekt- the exact time is a rather technical issue, so it is not possible to make accurate forecasting at this time.

In addition, according to Tsakalotos the government is continuing its efforts to gradually relax capital controls: “as confidence in the economy grows, we will see acceleration in the return of deposits and a strengthening of the banking system, which, logically, will also speed up the relaxation of capital controls”. Regarding the overall economy, Tsakalotos said that the “fiscal space” that Greece had been given must now be used to “implement a new growth model, which will correct injustices and on allow those hurt by the crisis to experience the benefits of recovery”.

Tsakalotos confirmed that the Greek side had received “significant help” from France during the recent phase of the negotiations. He further added that “our desire is to create a broad alliance against austerity policies and the devaluation of the welfare state and labor rights. We have worked to ensure a common course of action for the European countries of the South - including France - against austerity, irrespective of each government’s political family. We have also tried to do so on the level of European institutions, in our agenda on social and labor rights.” Tsakalotos believes that the debate on the future of Europe will become dominant shortly after the German elections, and then “we will come to the dialogue with our own radical left proposals on the democratization of European institutions, on inequalities, on policies for fair growth, on the rebuilding the welfare state, on rights and freedoms, on the protection of the environment. We do not expect the referee to whistle, we have been working for a long time to create an alliance of the radical Left with social democracy and the Green parties”.

The hegemonic response to the crisis is still being sought

On this very issue of the future of the Left in Europe, Tskalotos stressed in his Efimerida ton Syntakton article that the EU and its institutions (Eurogroup, ECB) have not been able to provide a solution to the social issues plaguing Europe, or to tackle the prevalent sense of injustice or the widespread view that the people cannot influence political decisions. Against this negative background, Tskalotos notes, one positive element is that there hasn’t emerged a new right-wing hegemonic proposal that could integrate the disaffected of the middle and popular classes.

The lack of a hegemonic right-wing plan can prolong the crisis, but it can also give opportunities to the Left. Tsakalotos mentions that at Eurogroup and Ecofin it is now common place that the architecture of the EU must change, and that his ideas for integrating social objectives (e.g. indicators of inequality, social exclusion or poverty), into binding EU rules, find some support.

Tsakalotos proposes it is important to view proposals, such as the issuing of Eurobonds, or a more centralized investment policy, as possibilities to expand the agenda and pave the way for more radical solutions, precisely because the hegemonic response to the crisis is still being sought and ‘the new consensus is under construction’.

As Tsakalotos points out, this is why the Greek Left did not give up in the summer of 2015: “not only because we could not leave the popular classes at the mercy of right-wing forces, but because we wanted to influence things, both in Greece and in Europe.”

What is at stake now,  Tsakalotos concludes, is what kind of program will help exit the crisis, what social block of forces will take hold, and the possibility to influence the shaping of a new Left that will inevitably emerge. “At the very least we will have left a Left-wing imprint in government; at best, we will be part of a new hegemony”.