How "brain drain" can turn into "brain circulation" 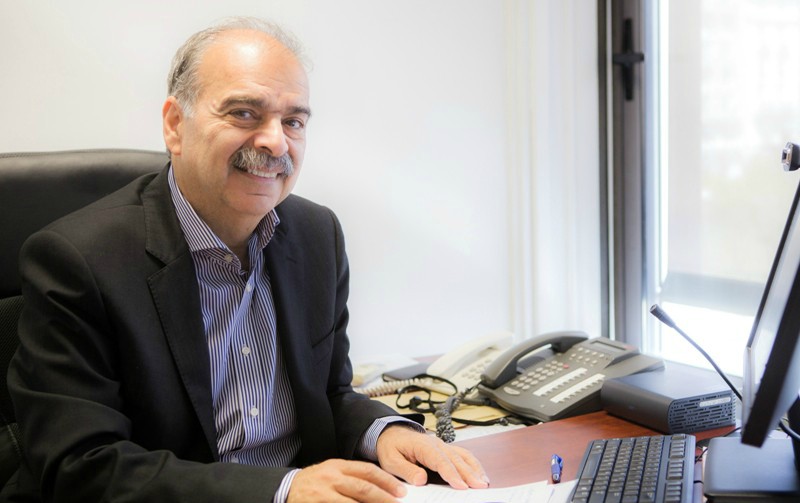 Lois Labrianidis is Secretary General for Strategic and Private Investments at the Ministry of Economy & Development, Professor in the Department of Economics, University of Macedonia Greece and Head of the University's Regional Development and Planning Research Unit.  He is an economic geographer (BA – Aristotelian University of Thessaloniki, MA -Sussex, Ph.D. -LSE). His scholarly publications include many articles and books. In his article, appearing in Greek News Agenda, Professor Labrianidis analyses how from the one-dimensional evacuation of specialised potential we will move to a balanced relationship of those who come and those who are leaving.

The brain-drain phenomenon is not new and it has been momentous since the 1990s. It is estimated that over 250,000, Greek scientists, experts and professionals were abroad in 2017, with some 200,000 leaving the country after 2010. Specialised human resources are crucial for the growth of the Greek economy and their flight abroad is a major blow to developmental as well as wider social, cultural and national dynamics. Our aim therefore is to curtail this exodus and bring back as much of this human capital as possible to Greece so that emigration abroad will be a matter of choice in the future.

The Greek economy is already experiencing the brain-drain effects with shortcomings in critical sectors such as information technology and medicine, undermining the transition to a knowledge-based economy for which people with high levels of expertise and training are a prerequisite, whilst the demographic problem is exacerbated. If those who left are indispensable for the country's economic reconstruction, they may be even more essential to the process of vital socio-cultural changes. It goes without saying that all those who have left do not consist of a homogeneous group, nor are they all exceptional scientists or enjoy enviable professional, financial and social status in the countries where they work; and without a doubt, it is not the case where all the best have gone and the worst remained!

The brain-drain problem was certainly there before the crisis, but it was intensified in its course. The discrepancy between supply and demand of specialist and skilled human resources is not due to the excess supply of graduates, as is often claimed, but to the limited demand, as Greek companies do not produce complex products or knowledge intensive services that require the employment of expert human resources. This discrepancy causes high levels of unemployment, as well as underemployment, misemployment and employment generally in jobs not making use of employee’s qualifications. Thus, if we want to reverse the brain-drain we need to work towards eliminating the reasons that led to it in the first place, in other words to the change (in the medium to long term) of the country's economic growth model. The government has recognised from the outset the seriousness of the issue and has developed policy tools in this direction on at least three levels:

In the long run, "Greece: A Growth Strategy for the Future," which was officially launched recently as well as other preceding legislation (such as the Development Law and the reorientation of the NSRF), are consistently moving in this direction. They emphasise the need to change the model of development and shift towards the 'knowledge economy'. As this change is taking place, the demand for skilled human resources will be increasing and consequently the brain-drain decreasing.

This will happen in the medium to long term; the question however arises as to what will happen in the short to medium term. Policies in this direction are already being implemented through small-scale initiatives so as to contain the brain-drain: Policies supporting Hellenic Academic and Research Excellence with 200 million euros for the 2017-2020 period (scholarships for doctoral and post-doctoral researchers, scholarships for obtaining academic teaching experience by young PhDs, support for young researchers, etc.) as well as support for employment, entrepreneurship and innovation with 900 million euros for the same period (2017-2020), and more specific actions assisting self-employment for university graduates, startups, business visibility for Greek manufacturing enterprises, R & D in enterprises, innovation and Entrepreneurship in Universities, etc.).

Moreover, the "Choose Greece Building Bridges of Knowledge and Cooperation" (https://www.knowledgebridges.gr/) initiativehelps to address the problem, both in the short and medium term, with a different approach. Its goal is to "connect" all Greek experts and professionals, regardless of which country they are in, thus creating an e-community. This connection with the homeland, as long as they remain outside Greece, serves to transfer the knowledge and experience they have acquired elsewhere, whether they choose to continue working abroad or are interested in returning or investing in Greece.

This initiative aims to create "bridges" that will allow Greeks abroad (both recent and earlier migrants of previous generations) to reconnect with Greece by way of cooperation with Greek businesses and scientific institutions. Given that networks are increasingly gaining strength as important players in the global economy, and many Greek scientists working abroad hold important positions at both business and research-academic levels worldwide, this connection will have multiplier effects for them as well as for the country at large.

We should perhaps here mention another side to the brain-drain phenomenon, namely that this flight of skilled human capital at some point during the crisis became a kind of ‘trend’, an obvious course of action so to speak. Thus, while many undeniably left because of the discrepancy in labor supply and demand, others followed suit convinced by conventional wisdom of overall opportunities lying elsewhere, whereas unemployment and nepotism etc ruled in Greece; this brain-drain is largely based on stereotypical views of Greece and of the outside world often distant from reality, in the sense that they simply exaggerate existing dysfunctions in Greece whilst promising work-paradises abroad.

Indeed, the brain-drain has been used as yet another oppositional tool in politics. The consequences of this include the absence of any meaningful dialogue as regards both its causes and the necessary policies for its handling, its impact on the Greek economy and society, and the ‘darker’ aspects of living and working abroad (long waiting periods before work corresponding to qualifications is found, racism in some host countries, the never- abating sense of being a foreigner, as well as the aching nostalgia for home).

Thus, despite encouraging indications pointing to returns as a result of both active policies and market function, what we’re witnessing instead is talk about high numbers of expatriates, of which only a small percentage plans to return. Moreover, wanting to impress in public discourse with self-seeking arguments, some members of the opposition often emphasise either isolated successful cases while keeping quiet about the many less successful ones, or the dissatisfaction of some of those who have left this "backward" country.

The situation in the country following the end of the financial stability programs is changing and one very important change is that we are taking the fortunes of our country in our hands; our developmental policy will no longer be determined by others. Our commitments will obviously be respected, and there will be not return to the easy solutions of the past. Therefore, in these circumstances, it would be a positive thing if even more of these experts and professionals returned to Greece to contribute to its economic and social restructuring instead of waiting until the country becomes an ‘ideal’ place to live and work in (with no bureaucracy, minimum taxation but exceptional social benefits etc.).

Another side to this discussion however deals with the question of how to move from this single-minded exodus of specialised workforce into a balanced relationship between those who come and those who leave, i.e., how to turn that brain drain into "brain circulation". We need to take a step further and ensure not only that this spill of highly qualified personnel from Greece will be stopped and reversed, but also how to attract highly skilled people from other countries to live and work here, attracting as a consequence business investments reliant on skilled human resources! Thus we will be able to help address a problem that is not the result of the crisis and has for decades plagued the Greek economy, i.e., the inability of the country to attract Foreign Direct Investment.

In a globalised society, flows (commodities, money and people) are greater, and this is even more pronounced within the EU. Continuous improvement of transport and communications systems has led to "softer" borders and a drastic reduction in travel-time reducing the importance of geographical distance to insignificance. Most people today, regardless of whether they live in farmlands or in large cities can easily travel elsewhere and communicate with other people over long distances, while they depend on products and services that come far from their immediate environment. People can live in one country and work for another. The boundaries of here and there these days are rather indistinct.

The country's medium-term goal should not be limited to halting and reversing the brain-drain but should extend to the attraction of highly skilled human resources from other countries to live and work in Greece. This will facilitate the attraction of investments that rely on a specialised workforce, whilst also making our country more attractive to Greeks who live and work abroad.

Indeed, this step is deemed realistic as the investment environment has now improved and Greece has high quality human capital and a quality of life that can make it attractive to knowledge-intensive investments, beyond investments sectors where it holds both natural and comparative advantages, such as tourism, agri-food, or energy. Besides, Greece has several powerful comparative advantages especially in relation to neighboring countries: established democracy, an important geo-geostrategic position, membership of the EU but also traditionally good relations with most countries on its east and south. Greece has become an island of stability, security and guarantee of democratic and humanitarian values ​​within a relatively turbulent area.

All this makes Greece an ideal place to attract people with high-level training, who also choose their jobs on the basis of the quality of life offered by a country. These professionals could be a catalyst for attracting knowledge-intensive investments as well as contribute to the return of Greek experts and scientists.

There is no doubt that the brain-drain is a phenomenon that requires sober analysis and serious treatment. The manner in which public debate is conducted should be in line with the gravity of the situation and not affect the image of the country on its way to recovery.

Translation into English by Magda Hatzopoulou

READING GREECE: Persa Apostoli on the Picaresque Novel and its Traces in 19th Century Greek Literature