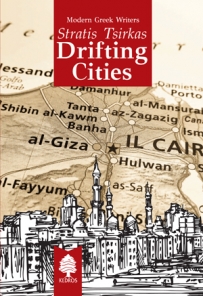 Drifting Cities, the emblematic trilogy of Stratis Tsirkas, an established novelist in the international literary scene, has turned 50, and is still considered one of the most popular and widely read works of literature in Greece.

The trilogy (The Club, Ariagni, The Bat) is a saga of three cities: Jerusalem, Cairo and Alexandria, drifting toward chaos in a war-torn Middle East. During World War II, Egypt was the seat of the Greek government in exile (opposing the left-wing resistance movement within occupied Greece) and the theater of extensive political machinations that preceded Greece’s civil war. This unknown cultural and political history is the historical thread running through ‘Drifting Cities’.

Tsirkas has that rare quality of integrating personal observations with the larger political scene. An Alexandrian Greek, he was the most significant literary figure to emerge from the Greek community of Egypt after the acclaimed poet Constantine Cavafy. Having lived in Egypt for more than fifty years, Tsirkas offers an insider’s view to the world behind the diplomatic scene. In his trilogy, history takes place in the background and primarily serves to illuminate the inner lives of the characters. The foreground is occupied by the lives of lesser people, noble and base, engaged or merely surviving. It displays a panoramic view of a fragmented society, driven by pressures on many fronts and labouring towards the next era.

At its centre is Manos Simonidis, a communist intellectual divided between loyalty to the left-wing cause (which dictates blind obedience to narrow Stalinist precepts) and attraction to more cosmopolitan, "decadent" values (which carry with them the taint of existential meaninglessness). We follow Manos, who deserts the Allied army to join the Greek resistance, through a Middle East labyrinth where he finds humanity corrupted by war. As a loyal Greek, Manos cannot but choose action although the cause is doomed. The ideals he struggles for have already been betrayed by the "talking heads", the party hacks, who have placed their own power-mongering above both Greece and justice. 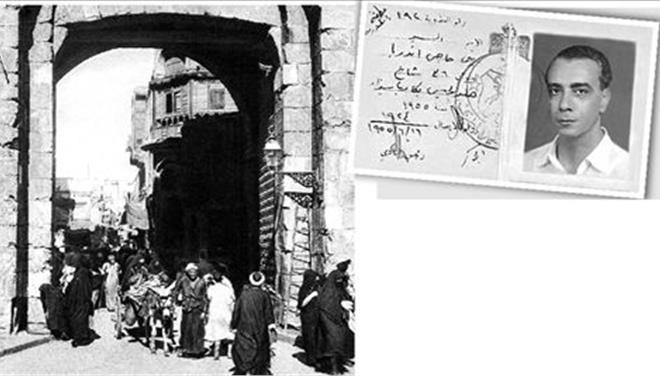 Throughout the trilogy Tsirkas remains skeptical towards all institutions of political power. Within the stories one can sense palpably the enormous bitterness of describing a golden moment that went to waste. Tsirkas, a child of the diaspora, was both morally and politically engaged, bearing witness in all his work to the betrayals that shook contemporary Greece. At the same time, just like Tsirkas, Manos questions the ideological rigidity and hypocrisy of the communist leadership. As Alexander Kitroeff noted, Drifting Cities is also “a story of the trials and tribulations of a political intellectual, whose foot-soldier role lasts only as long as it takes to come up against the simplistic, narrow-minded logic of the Machiavellian world of power politics”. In the case of Tsirkas, the ideological "unorthodoxy" of the trilogy led to his expulsion from the Alexandria branch of the Greek Communist Party and lifelong vilification by most party intellectuals.

The trilogy is saturated with the scents, hues and textures of Egypt and the Middle East. Of the three cities that provide settings in the trilogy, it is Alexandria that Tsirkas ultimately must have known best. Manos introduces us to a version of Alexandria that is cosmopolitan only in the truly Alexandrian sense, that of being a place where many different ethnic communities have incidentally made their homes, living otherwise more or less separately from one another, none feeling permanently installed. When Tsirkas describes Alexandria, the reader grasps the strong whiff of nostalgia and enormous loss, the unique anguish of the diaspora Greeks, who have turned Greece into a potent and hence unattainable ideal. At the same time, his fictional treatment of the Arabs and representation of the East confirms that Tsirkas is not simply a Western author “narrating” the East, but rather a Western novelist writing an Eastern novel. 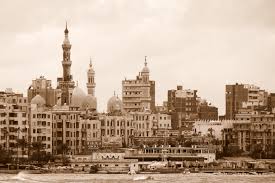 Tsirkas combines elements from the European realist tradition with the modernist techniques of stream of consciousness and interior monologue. Setting out to write what he saw as a citizen of the world and a principled intellectual, Tsirkas wrote a book which was decades ahead in style, scope, maturity, complexity and daring. Fifty years later, Drifting Cities continues to be a vital component of the ongoing debate about the role of art and the intellectual in society. The question of self versus society and whether action can bring about change is as relevant today as it was when Tsirkas wrote the trilogy.

Stratis Tsirkas was born in Egypt in 1911. In his early twenties, he became part of what was a vibrant literary scene within the Greek community of Alexandria. He is the author of numerous books of poems [Fellahi (1937), Lyrical Voyage (1938)], short stories and two critical works, one of which, Cavafy and His Era, won the Literary State Prize in 1958.

In 1959 he began writing The Club, the first volume of the Drifting Cities trilogy, which was published in 1960. The second volume, Ariagni, appeared in 1962, the third, The Bat, in 1965. The trilogy was awarded the French Critics’ Prize for best foreign novel of 1971, when it was first published in French. The trilogy has also been published in Arabic, French, Italian, Romanian, Spanish and Turkish. It was recently translated in German by Edition Romiosini, within the framework of ‘osmosis’ of the two countries, their languages and cultures.

In 1963 Tsirkas was forced to emigrate to Athens, where he spent the last sixteen years of his life, active to the end both in political causes and as a writer and translator. Lost Spring, published in 1976, was a novel with an Athenian setting and intended to be first of a trilogy which Tsirkas never completed. He died in 1980.