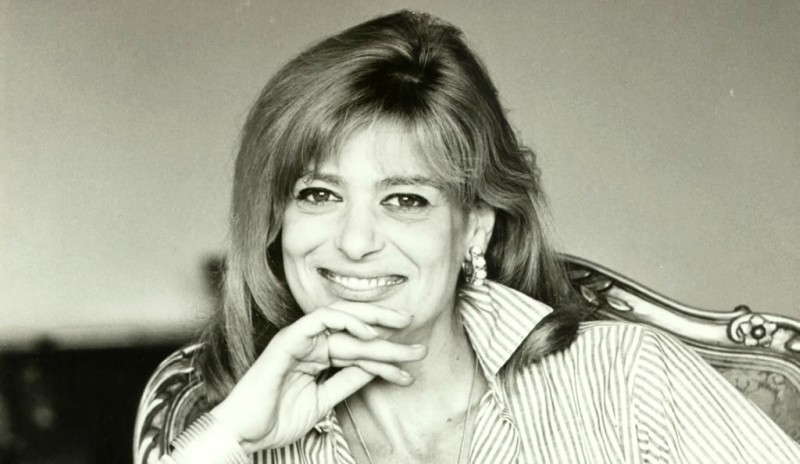 It is safe to say that Melina Mercouri is one of the most influential women of Greece in the 20th century. She played a leading role in the struggle against the military dictatorship in 1967 – 1974 and was a world renowned stage and film actress. She was also a politician who left her mark on Modern Greek culture.

Mercouri came from a politically prominent family. The most important person in her early life was her grandfather Spyros Mercouris, who was mayor of Athens for many decades. Her father was a Member of Parliament, while her uncle, George Mercouris, was the founder of the Greek National Socialist Party. She graduated from the Drama School of the National Theatre of Greece. Her first major role, at the age of 20, was Lavinia, in Eugene O’Neill’s Mourning Becomes Electra, but her first big success in the theatre was the role of Blanche Dubois in Tennessee William’s A Streetcar Named Desire, at Karolos Koun’s Art Theatre in 1949. During 1949 – 1950, she worked with Art Theatre in plays by Aldus Huxley, Arthur Miller, Philip Jordan, and Andre Roussin. She then appeared in Paris, in boulevard plays by Jacques Deval and Marcel Achard. While in Paris she met Jean Cocteau, Jean-Paul Sartre, Colette, and Francoise Sagan. In 1953 she received the Marika Kotopouli Award honouring Greek actors. 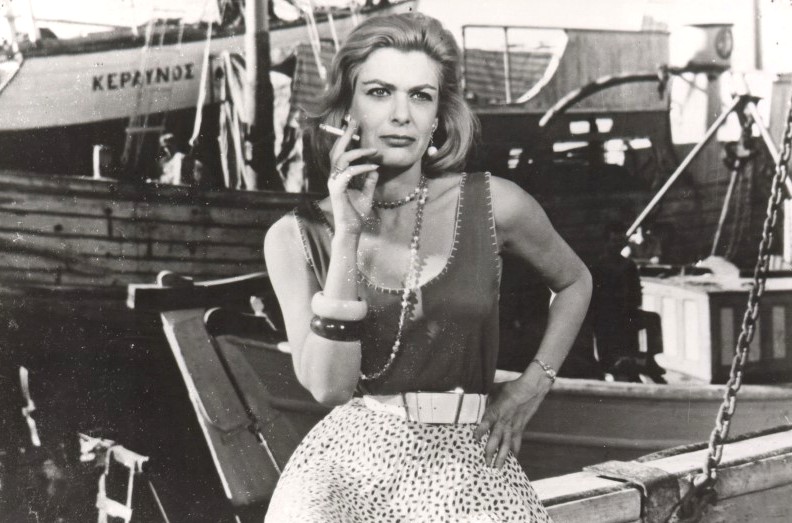 Her first cinema role was as the leading actress in Michael Cacoyannis’ Stella (1955). The film received special praise at the Cannes Film Festival in 1956, where Melina Merkouri met American filmmaker Jules Dassin with whom she would share her life and career..

However it was the role of Illya in the Academy Award-nominated Never on Sunday (1960), as well as the stage rendition of the movie in New York, that gave Melina Mercouri an international reputation. For her part in the movie, she received the best actress prize in Cannes.

When the coup d’état of April 21, 1967 took place, Mercouri was abroad, in Broadway, performing in Illya Darling. When informed of developments in Greece, she pleaded through American media, “Please don’t go to my country.”

With interviews, concerts, recordings, hunger strikes and various other activities and events, Melina was a permanent problem for the regime who attempted to do away with her in various, unsuccessful ways. During the years of the junta, Melina Mercouri had also been deprived of her Greek citizenship and her Greek passport, while her property was confiscated. Commenting of this decision by the dictators, she made the historic statement “I was born Greek and I will die Greek. Patakos was born a fascist and will die a fascist”. With her temperament, Melina Mercouri “embodied the Greek ideal of freedom” and raised awareness abroad about the suffering in Greece. 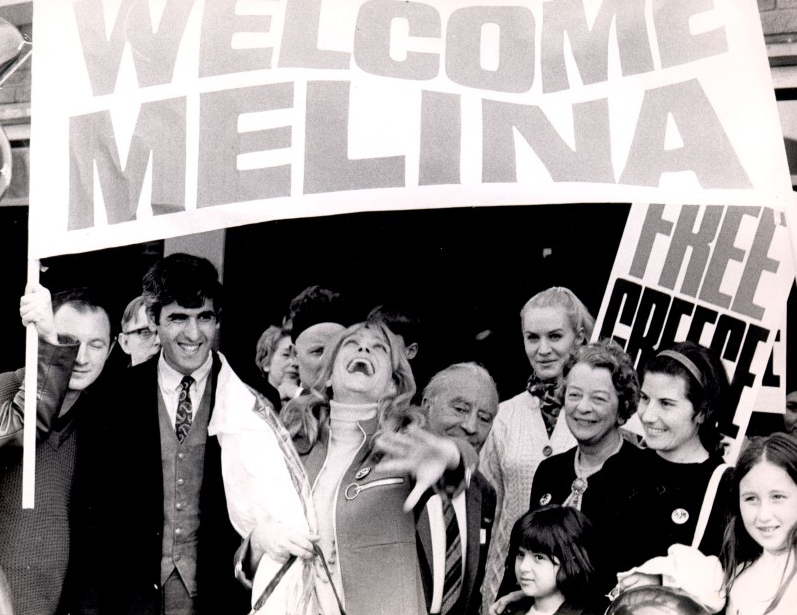 After the fall of the dictatorship and the restoration of democracy in July 1974, she settled in Greece where she continued her political activity with the Pan Hellenic Socialist Movement (PASOK) to which she was a founding member, whilst actively involved in the women’s movement, without of course abandoning her career as an actress. She played in Brecht’s Threepenny Opera, directed by Jules Dassin (1975), in Euripides’s Medea by the State Theatre of Northern Greece and directed by Minos Volanakis (1976), in An evening with Bertolt Brecht directed by Jules Dassin (1978), in Tennessee William’s Sweet Bird of Youth with Giannis Fertis and, essentially, ended her career with Clytemnestra’s part in Oresteia by Karolos Koun’s Art Theatre at the Ancient Theater of Epidaurus.

With the assumption of power by the Pan-Hellenic Socialist Movement, in October 1981, Melina was placed by Prime Minister, Andreas Papandreou, in the leadership of the Ministry of Culture and did not lose her position until PASOK lost the rule of the country, in 1989.

Mercouri was elected Member of Parliament in 1977 and again in 1981. When PASOK was swept to power in 1981, she was appointed Minister of Culture, a post she held throughout PASOK’s both terms of office until 1989, and then again from 1993 until her death (1994).

Melina Mercouri believed that “culture is the heavy industry of Greece” which formed the basis of her work as Culture Minister.

One of her major efforts was an attempt to persuade the British government to return the Parthenon Marbles to Greece. Her commitment to this goal was lined out in her declaration: “I hope to see the Marbles back to Athens before I die. But if they come later, I will be reborn”. At the same time, she also focused on the restoration of the Acropolis monuments and held an international competition for the design of the New Acropolis Museum. 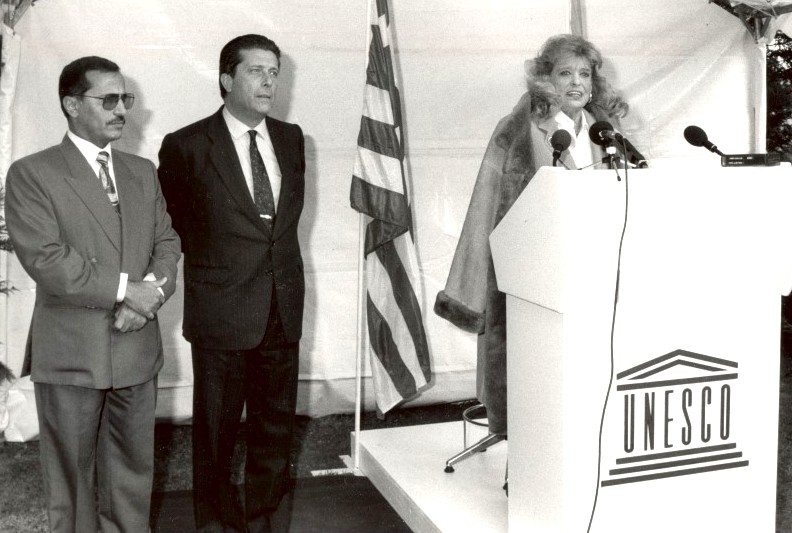 Melina Mercouri also proposed the unification of the Archaeological sites in the centre of Athens, and in 1988, the Ministry of Culture commissioned the drawing up of a Master Plan to implement Melina Mercouri's vision.

As a Minister of Culture she gave priority to the protection of Greece’s recent architectural heritage, supporting the restoration of important buildings throughout the country and especially in Athens.

She established the institution of the Cultural Capitals of Europe, with Athens as the first Capital in 1985.

In 1989, she backed the Thessaloniki Byzantine Museum project; the largest Greek museum built in Greece in the 20th century.

It has already been 25 years since Melina Mercouri passed away, but her picture in front of the Parthenon is engraved in the minds of millions of people. On the 25th anniversary of her death, the Greek Ministry of Culture & Sports organised commemorative events under the title "25 Years After - Melina we remember you", which began in March 6 with the evening screening of the film Stella at the Greek Film Archive.The Greek Minister of Culture Mrs. Myrsini Zorba stated that the screening will be followed by two other events which will be organised in the near future by the Ministry of Culture and Sports, and will refer to her legacy. 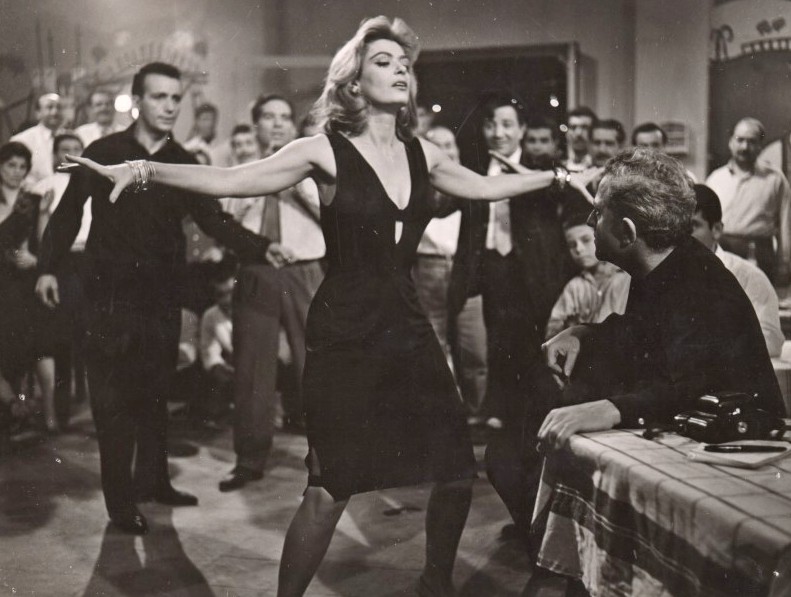 Referring to the prominent artist and politician, Myrsini Zorba noted that “Melina remains contemporary, as she was the minister who fostered a climate that resonated with the democratic parameters of culture, exemplifying an open spirit of cooperation...”

“In today’s context - the Minister added - for progressive thinkers the discussion about the democratisation of culture has shifted to cultural democracy as an essential tenet of the political democracy of contemporary societies, while contemporary culture requires a new architecture of regional policy and development.”