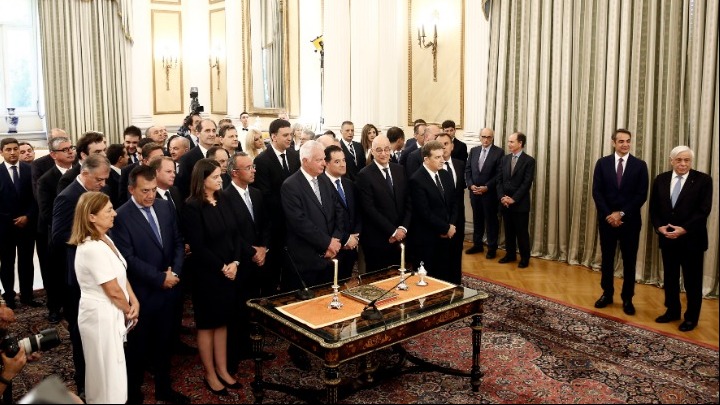 Greece’s main opposition party, New Democracy, has secured a clear victory in Sunday’s snap general elections receiving 39.85% of the votes and winning the absolute majority of 158 seats in the parliament, given the 50-seat majority bonus that the winning party gets. Syriza (Coalition of Radical Left) secured the second place with 31.53% of votes and 86 seats while KINAL (Movement for Change) obtained 8.10% of the votes and 22 seats. The Communist Party of Greece secured 5.3% of votes and 15 seats, followed by Elliniki Lysi (Greek Solution) with 3.7% and 10 seats, and MeRA25 with 3.44% and 9 seats. In the new 6-party parliament, the far-right Golden Dawn failed to reach the 3% threshold needed to enter the parliament.

Out of 300 deputies, 58 were women which amounts to 19,3%. The turnout was very low since only 57,92% of Greeks went to vote. The abstention rate (42.08%) was the highest for any election that has taken place since the outbreak of the financial crisis.

New Democracy leader, Kyriakos Mitsotakis, was sworn in yesterday (July 8th) as Greece’s new Prime Minister and later in the afternoon the government spokesman, Stelios Petsas, announced the 51 members of the government. The new Cabinet, which features 21 non-MP members (3 Ministers and 18 General Secretaries) was sworn in today.