"Makriyannis Unplugged": a modern retelling of the hero’s memoirs by Yorgos Karamihos 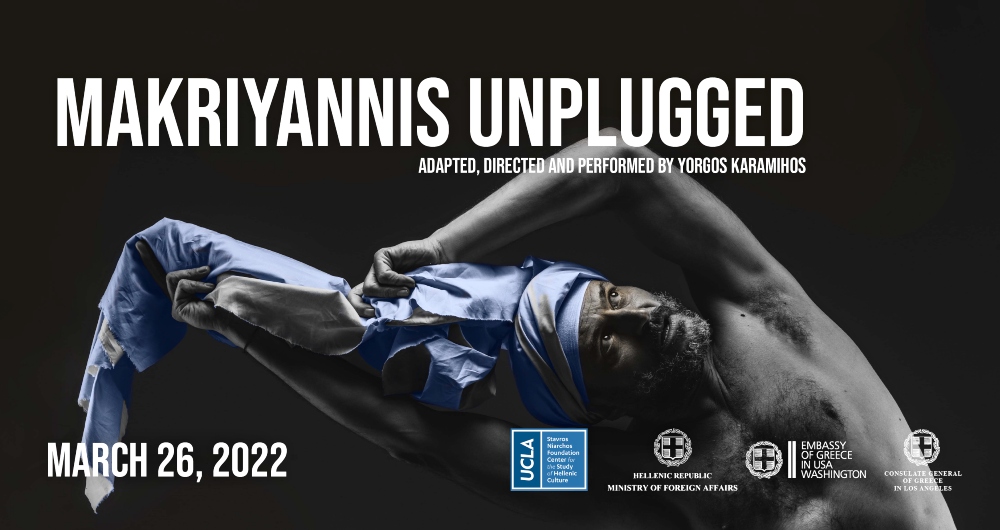 The global premiere of Makriyannis Unplugged will take place in Los Angeles, at UCLA’s Freud Playhouse, on March 26. Acclaimed director and actor Yorgos Karamihos pays tribute to General Yannis Makriyannis, hero of the Greek War of Independence, in a show that tells the story of a nation in revolt and an individual in the process of self-formation.

In Makriyannis Unplugged, Karamihos adapts selected passages from Makriyannis’s Memoirs, a seminal work of Modern Greek letters, attempting a contemporary approach to the historical personage, in the hope of challenging and enriching the audience’s understanding of freedom, community, duty, and creativity. All shows, which are also directed and performed by Yorgos Karamihos, will be given in English, in a translation by Giorgos Filippakis with the author’s collaboration.

The performance in Los Angeles is sponsored by the UCLA Stavros Niarchos Foundation Center for the Study of Hellenic Culture and is offered under the auspices of the Hellenic Ministry of Foreign Affairs, the Embassy of Greece in the United States, and the Consulate General of Greece in Los Angeles.

Following the UCLA opening, Makriyannis Unplugged will travel to Vancouver, Canada, for an April 3 performance sponsored by the SNF Centre for Hellenic Studies at Simon Fraser University, under the auspices of the Consulate General of Greece in Vancouver and with the collaboration of the Hellenic Canadian Congress of British Columbia. 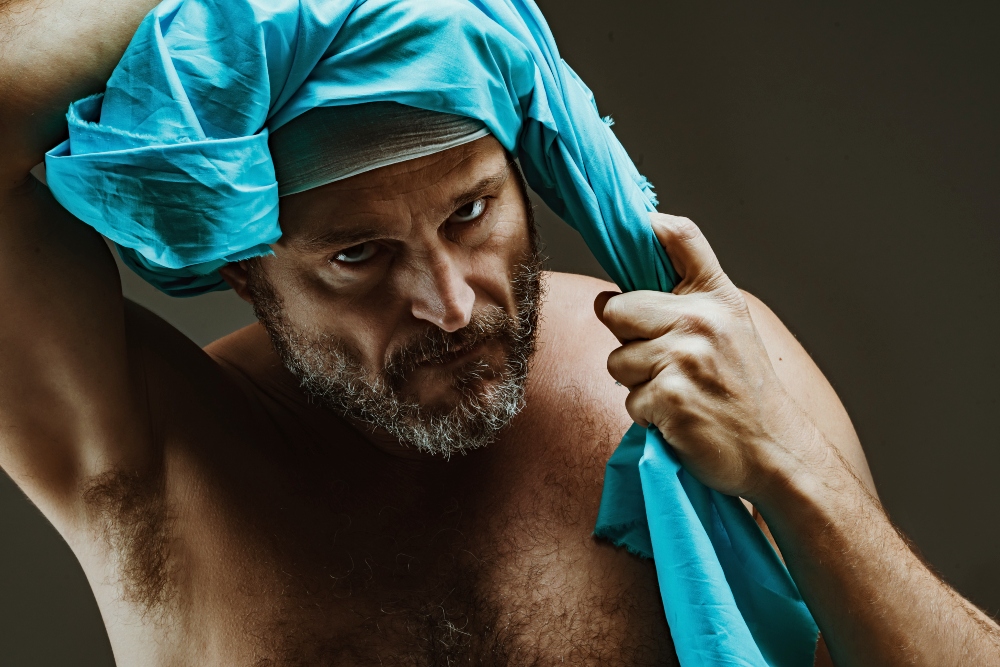 Two additional performances will be given in Greece, on April 14, hosted by the Gennadius Library of the American School of Classical Studies at Athens. The Athens performance is supported by a grant from the U.S. Embassy in Greece. The performances are further supported by the Stavros Niarchos Foundation (SNF).

The premiere concludes a multi-faceted series of events hosted by the UCLA SNF Hellenic Center for the Bicentenary of the Greek Revolution, which included lectures, book discussions and the co-organizing of the international conference "New Dimensions of 1821" (November 2021) in collaboration with the California State University – Sacramento, UC Berkeley and Stanford University.

With the aid of the Public Diplomacy Office at the Consulate General of Greece in Los Angeles, Greek News Agenda spoke* with Yorgos Karamihos ahead of the LA premiere.

What is it that attracted you to the personality of General Makriyannis, among the other heroes of 1821?

I have always been impressed by the passion, the boldness and the straightforward approach to the truth, both in Makriyannis's life and in his writings. He presents the truth through his personal filter, yet he possesses the power of lived experience, and thus draws in the reader - as I hope will also happen with the show’s audience. His work takes you on a journey back in time with all of your senses alert. Makriyannis's stories are full of odors, images and flavors, which is why I thought it was ideal material for a theatrical adaptation. 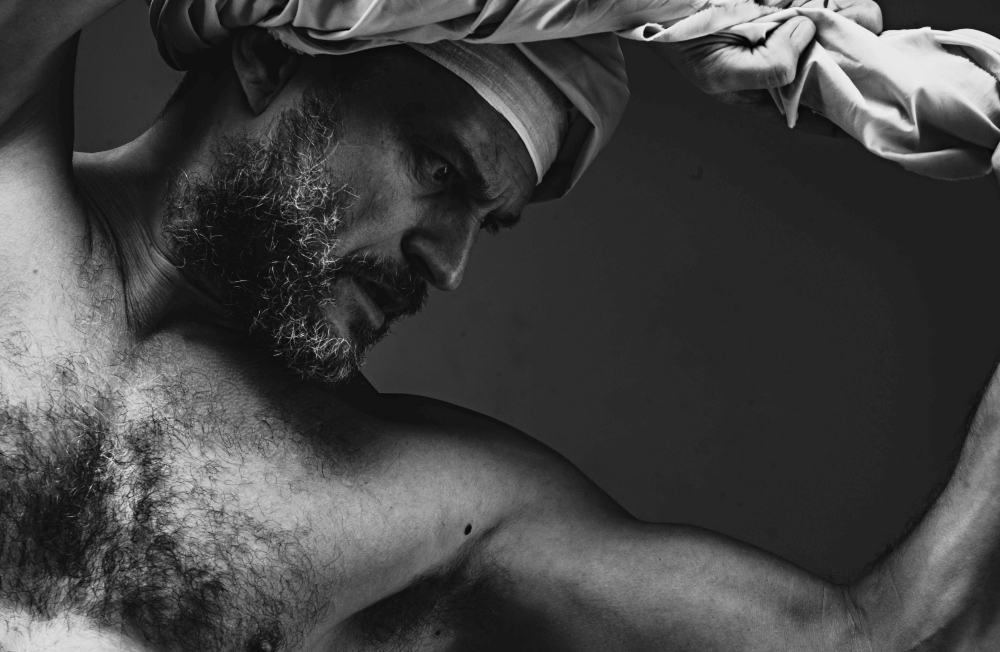 What does your own, contemporary retelling of a classic like the Memoirs of Makriyannis consist of? How much do you focus on him as a historical figure and as an individual?

In my adaptation I have tried to boil down to the essentials of this colossal personage. I kept two of the most important battles he participated in, a few stories from his childhood/adolescence, so that the audience can get a sense of this person's evolution, and references to his personal ruminations on social, political and aesthetic themes.

What do you hope the contemporary audience will take away from the performance?

The thing that makes people empathize –in real life as well as in theater– is pain; and the heroes' effort to heal that pain. That's why we go to the theater, that's why we watch movies and TV shows. To commune with a common spirit that will help us better understand the world and ease the pain. I hope that the audience and the people behind this production can go together on a journey back to the times when revolution was an obvious necessity, and ask ourselves what each of us does every day to defend and enjoy the blessings of freedom.

Read also via Greek News Agenda: Learn from the Greeks: Successful Greeks share their inspiring stories in the time of the pandemic; Meet “The Durrells” in Idyllic Corfu!; Secretary General for Greeks Abroad and Public Diplomacy John Chrysoulakis on promoting Greece to the international public