Elected with an overwhelming majority in October 2015, Greek economist and trade unionist Georges Dassis is the 31st president of the European Economic and Social Committee (EESC) for the 2015-2018 period. President Dassis programme focuses on the "need to alleviate extreme poverty and invest in youth employment, infrastructure projects, research and innovation, something that needs to be done on a massive scale… Europe must improve life for all citizens in the north, south, east and west: this is what we mean by harmonizing progress".

President Dassis spoke to Greek News Agenda on the role of the European Social Model for managing migrant and refugee flows and on the importance of civil society in times of crisis. 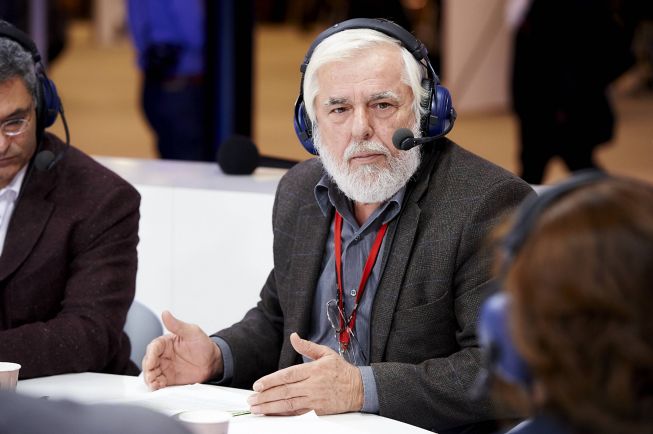 How important is social protection for the European Social Model but also for managing refugee and migrant flows?

First of all we need to separate the issue of immigrants from that of refugees, even if they have many common characteristics. There are tens of millions of people around the world who would like to migrate to EU countries to find a better life. Unfortunately, the EU can incorporate only a limited number of immigrants, which is why the EESC proposes a single European policy on legal immigration.

As far as refugees are concerned, we have a legal and moral obligation to welcome them and integrate them into our societies. This can be done if there is a distribution of refugees in the different regions and countries depending on their capabilities. Our legal obligation results from the Geneva Convention of 1951, ratified by all EU countries. Our moral obligation stems from the culture that we want to have and to be proud of.

Social protection is a cornerstone of the European social model. The values ​​of democracy, solidarity, social justice, prosperity, individual rights and freedom that underpin the European social model promote social cohesion. Thus, an effective management of migration and refugee flows should be guided by these values. I have repeatedly stressed that there are rational solutions, ideas and proposals to manage the refugee crisis. At the same time, however, some ethnocentric approaches do not respect these fundamental values and principles. I am saddened because populist actions like border closures, deny even the minimal show of solidarity to our fellow people, stoke Euroscepticism and in long term, undermine the European project.

I must also add that the Committee has an extensive experience in immigration issues and has timely held 11 exploratory missions to EU member-states and to Turkey, in order to identify needs, problems and best practices for addressing the refugee crisis. The summary report of missions, stressing the Committee's concerns about the need to safeguard the Schengen agreement and freedom of movement as important achievements for the EU citizens, has been delivered to the EU High Representative and Vice President of the European Commission Ms. Mogherini and European Commissioner for Migration and Home Affairs Mr. Avramopoulos. 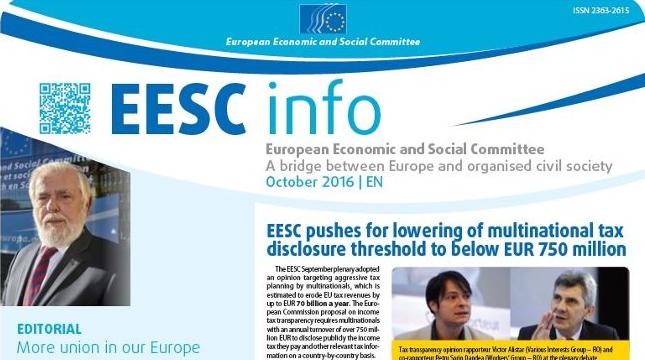 How can civil society face up to the challenges of the economic crisis and the erosion of social rights in the EU?

The EESC, as the representative body of organized civil society, was created in 1957, precisely in order to enhance the social face of the then European Community and the importance it attached to social dialogue. Throughout all these years we have helped address critical socio-economic problems. You will recall that it was a Committee group, meaning representatives of trade unions, employers and other organizations that elaborated the Charter of Fundamental Social Rights, now part of the law in all 28 EU countries. Our program for the period 2015-2018, entitled "For a united, democratic, inclusive Euroupe of peace and prosperity, close to its citizen" aims at contributing to creating conditions that will allow to European citizens to embrace again the European project. Instead, of considering the Union a 'given', we are drawing attention to the serious economic and social crisis that permeates Europe, has dramatically undermined people’s confidence. On these issues we have issued opinions with very strong majorities addressed to the European institutions: the opinions of the European minimum income, the tax on financial transactions and the issuance of European bonds.

I am also pleased because the the President of the European Commission, Jean-Claude Juncker responded to our call for a social Europe, launching this year the establishment of a European Pillar of Social Rights,, in consultation with the EESC. We are already implementing finding missions to all member-states to asses, with the social partners, the situation of social rights across the EU, towards an important Opinion to be delivered the European Commission as the basis for the recovery of social rights in the EU."

President Dassis interview for 'To Vima': "No further deregulation of the jobs market is needed in Greece"

Earler this month (16.10) in an interview with Greek newspaper “To Vima” President Dassis also discussed his programme for the EESC in connection to the Investment Plan for Europe, a European Commission plan that aims to mobilize at least €315 billion in private and public investment over three years in order to boost competitiveness and support long-term economic growth in the EU: “The programme I submitted as a president supports the Investment Plan, requesting a further addition of a special investment plan for growth and jobs, as well as the adoption of specific economic convergence measures such as a mechanism for joint debt issuance of debt and a temporary fund for Eurobonds”.

As far as Greece is concerned, the president of the EESC states in “To Vima” that the country is trapped in a vicious circle of austerity, recession and unemployment and that “without growth, it is impossible to achieve competitiveness and to exit the crisis.” He stresses that he has severely criticized the abolishment by law, in 2012, of the General National Collective Labour Agreement, an act that he characterizes as unheard of in all of the history of the EU. He states that the ECB’s analysis of wages in Greece demonstrates that there is significant flexibilzation of the labour market, especially in terms of massive layoffs, and that no further deregulation is needed. What Greece needs now, is “to fight unemployment and restart the economy, while taking care of the needs of socially sensitive groups.”