Study in Greece Masters of the Week: Professor Viktoria Kritikou presents the MA in Latin American and Iberian Studies at NKUA

Study in Greece interviewed Professor Viktoria Kritikou, of the Department of Spanish Language and Literature at the School of Philosophy of the National and Kapodistrian University of Athens (NKUA), on the MA in Latin American and Iberian Studies, its profile and what it has to offer to international students. 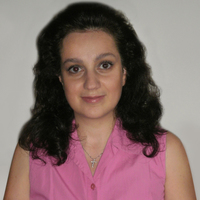 Viktoria Kritikou is Professor of Latin American Literature at the Department of Spanish Language and Literature, School of Philosophy, National and Kapodistrian University of Athens and the Director of the MA in Latin American and Iberian Studies. She is the writer and co-editor of several books and has published essays and articles on Spanish American literature in international journals, conference proceedings (FIEALC and CILEC) and collective volumes. She is also a member of international scientific associations on spanish-speaking literature.

Please describe us in brief the spirit, the content and the teaching objectives of the Master’s degree in Latin American and Iberian Studies.

The objectives of the MA programme are to educate by promoting knowledge and scientific research in the field of Latin American and Iberian Studies. Specifically, the MA programme, through two distinct curricula programmes in the specialty areas of:

-Latin American and Spanish Studies, and

provides the necessary advanced theoretical background, as well as the research experience, in order to produce qualified scientists in one of the above two specialties. The graduates of the MA programme will be eligible to apply to the PhD programme in the Department of Spanish Language and Literature (NKUA).

Given that the programme is taught in the English and Spanish language, would you like to tell us why this master aims to international students and which are the benefits for them?

The subject of the MA is in itself international (Latin American and Iberian Studies). The programme incorporates Hispanic history, economy, sociology, culture and literature (the Latin American and Spanish orientation), and translation studies and linguistics (the Translation and Linguistics orientation); therefore, it is natural to aim to international graduate students. Moreover, being one of the very few of its kind, and certainly prominent in quality in the South East Mediterranean Region and the Balkans, it attracts primarily students from these countries. We should also note that it is the only MA of its kind in South East Mediterranean EU. The MA programme is organised according to international standards and features distinguished university teachers from the USA, Latin America and Spain. Foreign students have already been enrolled in the programme.

The multidisciplinary approach of the MA provides students with a high quality programme aimed at the international market. Furthermore, it gives a strong background for pursuing doctoral studies.

In your opinion and in combination with the subject of the postgraduate course, how could Greece attract more foreign language students, mainly from southern Europe and the Iberian Peninsula?

Through the MA in Latin American and Iberian Studies of the NKUA, Greece can attract foreign students from Southern Europe thanks to the quality of the programme and to the fact that it is one of the few, if not the only one in this field of study in the Balkan area. For these same reasons, the programme can be equally if not more attractive to foreign students from countries of the Middle East and North Africa, at least. The programme is already known in Spain, as is witnessed by the interest shown by Spanish graduate students.

The main advantage of the programme, however, is that it appeals to graduate students from the many countries of Latin America.

Spanish, Serbian, US, Chilean and Argentinean university faculty members teach at the programme.

What has been the output so far? Is it satisfactory?

The MA programme has been offered for four academic years so far. As of the end of 2021 forty-five (45) students have graduated. An equal number of MA theses have been completed, supervised by international teams of experts. Thirteen (13) faculty members have taught in the programme, including eight (8) distinguished international colleagues –from Balkan, European, Latin American and US universities– specialising in ground breaking areas of the Spanish studies, such as Spanish glottopolitical theory, historical evolution and integration of Latin America.

The 2021/22 academic year we accepted the first international graduate student in the programme (a Spaniard).

We are constantly improving the overall quality of the MA programme in order to make it further known internationally in order to attract more foreign students.

Why do you think that an international student should choose the National and Kapodistrian University?

Apart from the quality of the programme, an international student may choose the National and Kapodistrian University because the tuition fee is affordable, life in Athens is cheaper compared to almost any other European capital, food and entertainment are also of high quality and, last but definitely not least, modern Greece still reflects the ancient Greek values and esteem to others, specifically to graduate students!

Tell us a few words about NKUA, which is the oldest and largest university in Greece, with important and pioneering work in its almost bicentennial history. How outward-looking are Greek universities in your opinion?

THE presents the National and Kapodistrian University of Athens as follows:

"…founded in 1837, it is the first university not only in Greece but also both the Balkan Peninsula and the Eastern Mediterranean region. The National and Kapodistrian University of Athens is the largest state institution of higher learning in Greece, and among the largest universities in Europe. It is a self-governed legal entity of public law and all major policy issues are determined by the Ministry of National Education and Religion. Retaining its academic autonomy, it fully respects the constitutionally secured right to everyone for a free education. This is possible because it is funded by the state. All funds are invested into the management and operation of educational, research and cultural programmes, and student and staff services and grants".

After the 2010 financial crisis, the NKUA is actively participating in the general national development trend in Greece. NKUA employs major structural and organisational changes and improvements in every educational sector of the university. Special importance is given to further enhancing the quality of its postgraduate programmes. Many high quality MA programmes have been recently organised at the NKUA, aiming also at international students. Postgraduate programmes, such as the MA in Latin American and Iberian Studies, are co-organised (in both tutoring and MA theses conduct) by international faculty members.

What more can Athens offer as an educational destination compared to other European countries?

Athens is a true cradle of civilisation. Acropolis, prominently located in the centre of the city, bears testament to that. Museums, performance arts, theatre, film and other cultural activities are truly impressive for their educational (as well as recreational) value for the graduate student, international as well as Greek. Athens features a rich cultural life, offering many intellectual activities. At the same time, Athens is a modern European and international city. An English-speaking international student will never face any problem communicating or exploring Athens.