Reading Greece: Akis Papantonis on the Meeting Point between Biology and Writing

Akis Papantonis (Athens, 1978) studied Biology at the University of Athens; he is an Assistant Professor at the University of Cologne. He has translated Miroslav Penkov’s stories and Raymond Carver’s poems into Greek. For his first book, the novella Karyotype, he was awarded the Anagnostis 2015 First Book Award. 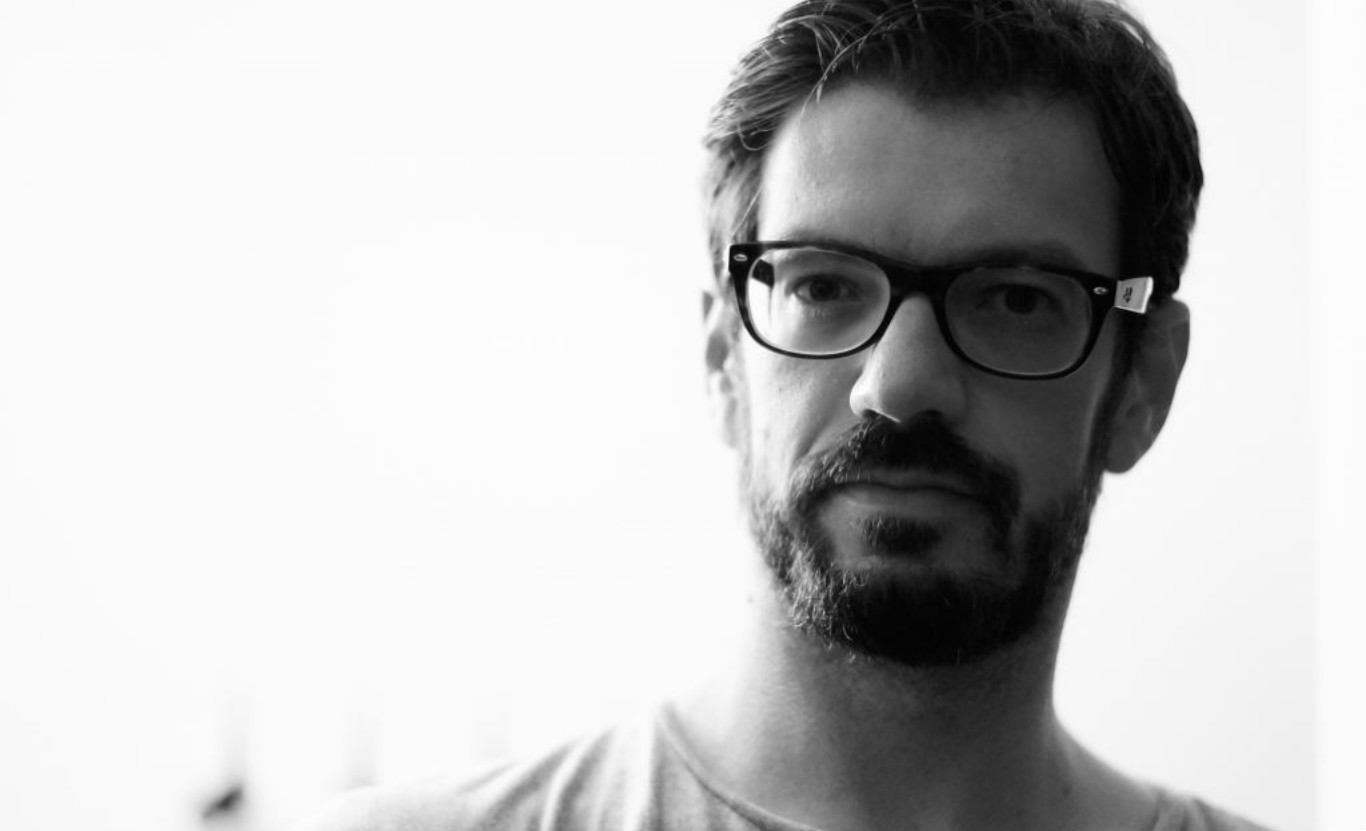 Akis Papantonis spoke to Reading Greece* about his first novella Karyotype, a book tries to address “one’s genetic and familial roots”, noting that the choice of Oxford as the setting of the book was “far from incidental – and at the same time far from autobiographical”. He comments that molecular biology is “a way of looking into life’s intricacies at the highest-resolution possible”, and adds that he tends to “approach literature the same way, whether reading or trying to write some”.

He also comments on his translation fo Miroslav Penkov’s translation of East of the West, commenting that “the translation of literary texts into Greek (from English) is one of the few ways left for me to ‘sharpen’ my language skills”. He concludes that “although multigenerational and perhaps spread across Europe or even across the Atlantic, there are some striking points of convergence in this ‘new generation’ of Greek writers”, among which “a common social origin”, “the way by which they treat History, precedence, politics, and by which they all agonize about the present”.

You are managing editor for Intellectum, a cultural journal running for ten years now and member of Eurozine network. Tell us a few things about its content and objectives.

I got (somewhat unexpectedly) involved in Intellectum editorial matters a few years ago – I had published a short story of mine there, and via that my friendship with the journal’s editor, Victor Tsilonis, began. In the three issues that I have seen take shape with my contribution until now, there has been a strongest “bias” towards fiction in the magazine’s pages than before. And, to be fair to the efforts of its editor and the rest of the people involved, that is the actual extent of my influence. Of course, I read all submissions and discussed them, but Intellectum’s participation in Eurozine, the actual collaboration with graphic designers, printing services, and distributors is all a doing of Victor’s. Nonetheless, this one issue per year (typically first circulated at the annual International Thessaloniki Book Fair) is something I am proud of, aesthetically as well as content-wise. 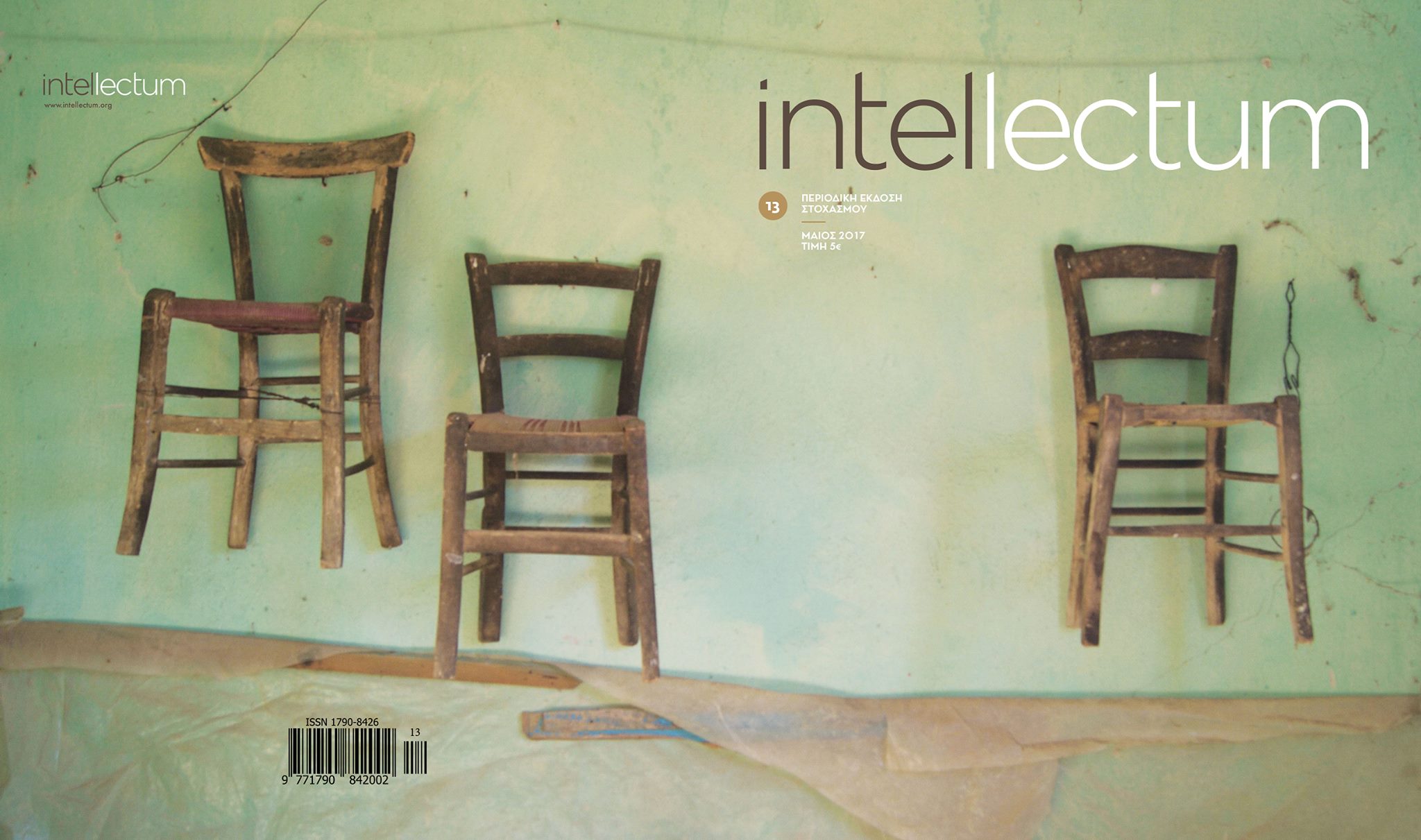 Your first novella Karyotype received quite favorable reviews upon publication. Tell us a few things about the book. What purpose does the title serve?

To be perfectly honest, the way the book was received by literary criticism in Greece, by readers, by writers that sent a kind email of letter, superseded all my expectations. In brief, it is the story of a Greek biologist who moves to Oxford in order to pursue a scientific project (much likes the novella’s writer did). In this “scientific migrants” path, though, the main obstacles are his past and the unconventional ties to his family. The reader eventually discovers that the biologist, named simply “N.” throughout the book, was actually one of Ceausescu’s orphans that got adopted by this Greek family. He spends his time either battling loneliness or using his experiments to address his past and his confusion. This way, he ends up being a guinea pig himself, a “hermit amongst hermits” to slightly paraphrase my own book. The novella’s plot is rudimentary, most of the action boils down to the protagonist’s thoughts and to the things he does not do. In the end, it is the connection to one’s genetic and familial roots that the book tries to address – it remains to be seen how well it does so.

Finally, as regards the (rather scientific) title: a karyotype is an old-fashioned cell biology technique whereby the 23 pairs of chromosomes of a given cell are visualized, ordered from largest (chromosome 1) to smallest (chromosome Y). This order lends my book the basic scaffold onto which the story unfolds: in 23 third-person chapters/chromosomes, from 1 to Y (since the protagonist is male), with two intervening first-person narrations. Think about it another way: what is a given chromosome, but a set of information about the organism that carries it?

In his review of the book, Iakovos Anyfantakis notes that the choice of Oxford as the setting of your book is far from incidental, given the things that Oxford stands or doesn’t stand for. How would you comment on that?

It goes without saying that I heavily drew from my own experience for this book. I started writing the book before I left Greece in 2008. Like N., the novella’s protagonist, I too moved to Oxford, where I stayed and worked as a researcher and lecturer for almost 5 years. I used to walk around the city with a little notebook, writing down snippets of scenes that unfolded in front of me (all the book’s scenes featuring homeless people came from such snippets) or random ideas on how the book should evolve. So, no, the choice was far from incidental – and at the same time far from autobiographical. Each scene, each chapter, was written and rewritten, and then rewritten once more, until I could recognize nothing in that book but the character of N. and his deep personal troubles and strange aspirations. Still, every narration is a story that is received by us second-hand, and that we passed on transfigured in as convincing a manner as possible, is it not?

"Each chapter constitutes a chromosome in the karyotype. And from chromosome to chromosome, these fragmentary narrations were transformed from snapshots of reality into a self-contained history”. Where does the biologist meet the writer in your writings?

Molecular biology, my “trade”, sort of speak, is a way of looking into life’s intricacies at the highest-resolution possible. This means that I would tend to approach literature the same way, whether reading or trying to write some. So, the biologist does influence my writings a lot – after all, I do introduce myself as a “biologist” rather than as a “writer”. Having said that, literature is integral to my scientific work, it constitutes a welcome break from everyday struggles at the lab, while also a connection to my native tongue and community. I guess the problems start once the writer in me tries to convince the biologist to write his manuscripts in a more “literary” manner. 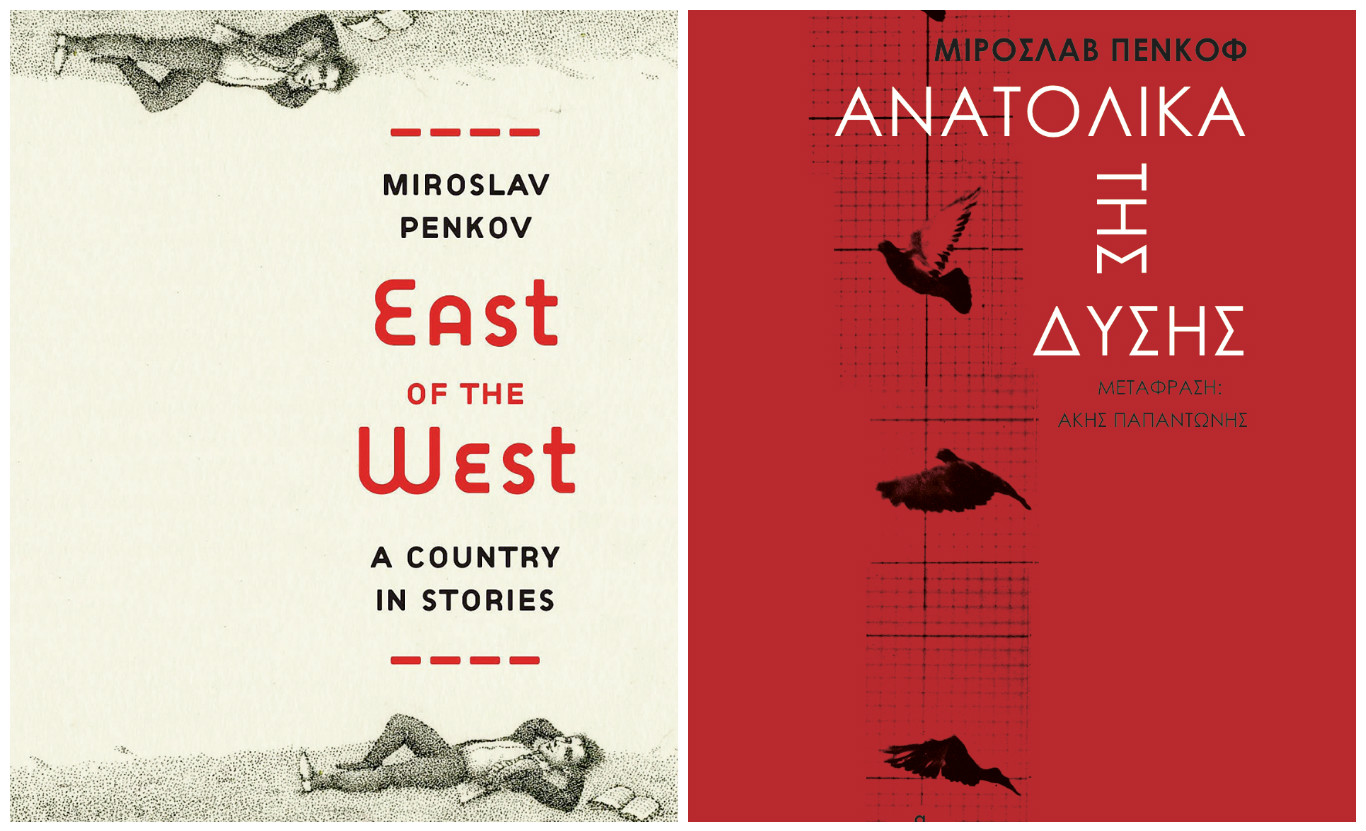 You recently translated in Greek Miroslav Penkov’s East of the West. Given that Miroslav is a “literary migrant”, born in Bulgaria, whose first book was written in an Engish-speaking territory, are there parallels to be drawn between your writing and his in terms of narration and/or maybe theme?

My relationship to that collection of short stories is a very peculiar one. I bought the book after having read one of Penkov’s stories online. It was in late 2008, before I had finished my novella. I revisited the book in 2013, after Kichli (my book’s publisher) has agreed to print Karyotype. Re-reading those stories made me realize the commonalities between my work and that of Penkov’s. First, there was the “literary migrant” experience that transcended both narrations, albeit via very different angles. Then, there was the structure of phrases and paragraphs, and the underlying musicality of the narration – it was obvious to me that my “addiction” to short, staccato, sentences was in fact dictated by the theme the novella dealt with, and such was the case for most of Penkov’s stories. Thus, I translated the main story, Buying Lenin, hoping to entice a publisher into investing in the book’s translation. Antipodes, a new but highly-esteemed publishing house, stepped up and the book found its way to the Greek market. And even more so, I am now also translating Penkov’s recent novel, Stork Mountain, a 100,000-word narration following in the footsteps of East of the West, which should be out by next Christmas.

I think it is important to note here that I see the translation of literary texts into Greek (from English) as one of the few ways left for me to “sharpen” my language skills. Living permanently abroad (currently in Cologne, Germany), I find myself reading books not written in Greek more and more, while also speaking Greek less and less. Hence, after East of the West, I translated a broad selection of Raymond Carver’s poems (an exceptional body of work comparable only to his best short stories), which was the most challenging task for me thus far. And these poems should be in Greek bookstores by next fall, with the care of Kichli Publications. 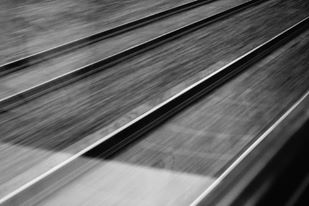 It has been argued that the new generation of Greek writers is multicultural, multiethnic and multigenerational. How do they relate to world literature? How does the local/national interweave with the global?

I am of the opinion that, although multigenerational and perhaps spread across Europe or even across the Atlantic, there are some striking points of convergence in this “new generation” of Greek writers. Many people will not agree; they do not see a unified “generation of writers” (perhaps because of a comparison to the prominent and distinctive generation of the 30s). Still, I cannot see how one might overlook the fact that most of the people in this undefined group share a common social origin (i.e., being raised under aspirations that cannot be fulfilled anymore amidst this worldwide state of crisis). Then, this generation of writers also share—more or less—the way by which they treat History, precedence, politics, and by which they all agonize about the present. They also share a common hope for producing strong literature, and for contributing to how the narration of the transition into the 21st century is shaped.

Many of these new writers have lived and studied abroad, they have read world literature a bit more broadly, they have acquainted themselves with various other cultures. And this is exactly the point at which the local (coming from a “small” language like Greek) merges with the global; and this is exactly why I think (and hope) that eventually some of the writers of this very generation with find a vantage point in the global scene. But, regardless of any of this, the most important aspect for me remains the fact that their work hopefully comes to voice either collective or individual concerns and daydreams of a broad (young) demographic, be it directly or indirectly.