What a better way to feel the Greek Christmas magic than by reading Greek literature. The Christmas Short Stories written by Alexandros Papadiamantis will transport you to bygone times through the writer’s remarkable imagination and matchless colourful expression. The Christmas Loaf, The Gleaner, The American, Christ at the Castle, An Idler’s Christmas are among the most tender and famous of his tales, with which many generations of Greek children grew up. 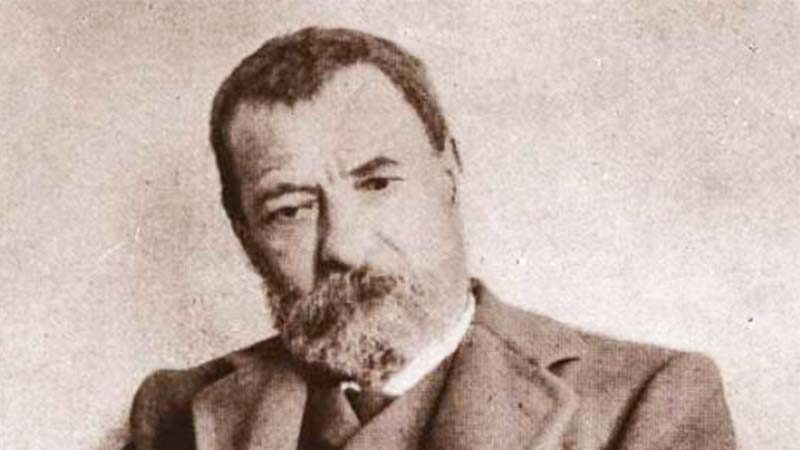 Papadiamantis’ short stories do a masterful job of recounting the traditional Greek Orthodox ethos putting him on par Dickens when it comes to extolling the virtues of Christmas. As for the characters featured in his works, there are no good and bad ones, but rather people with virtues and weaknesses, which the author nonetheless approaches with the same love. In Papadiamantis’ world – a world that is lit with the light of Christ – there is room for everyone. Each one of the characters behaves and reacts in their own unique way, not trampling upon the personality of the other, irrespective of right and wrong, good and bad.

Revered as "the Dostoyevsky of Greece" and the "Saint of Greek literature", Alexandros Papadiamantis was born on 4 March 1851 on the small island of Skiathos. His first novel, The Migrant, was printed in instalments in the Constantinopolitan newspaper Neologos, in 1879, and a further three novels were similarly published in Athens in the following years. It was also during this period that he started working as a translator for various Athenian newspapers.

It wasn’t, however, until Christmas of 1887 that Papadiamandis’s first short story, The Christmas Loaf, was to appear, marking the feast and setting a pattern for his writing. The metier of the short story subsequently became his favoured form, written in his own version of the then official language of Greece “katharevousa”. Except for two years when he returned to Skiathos, 1902–4, during which time he wrote his perhaps most powerful tale, The Murderess, he continued to live in Athens, writing and translating, until 1908. His longest works were the serialized novels The Gypsy Girl, The Migrant, and The Merchants of Nations. These were adventures set around the Mediterranean, with rich plots involving captivity, war, pirates, the plague, etc. 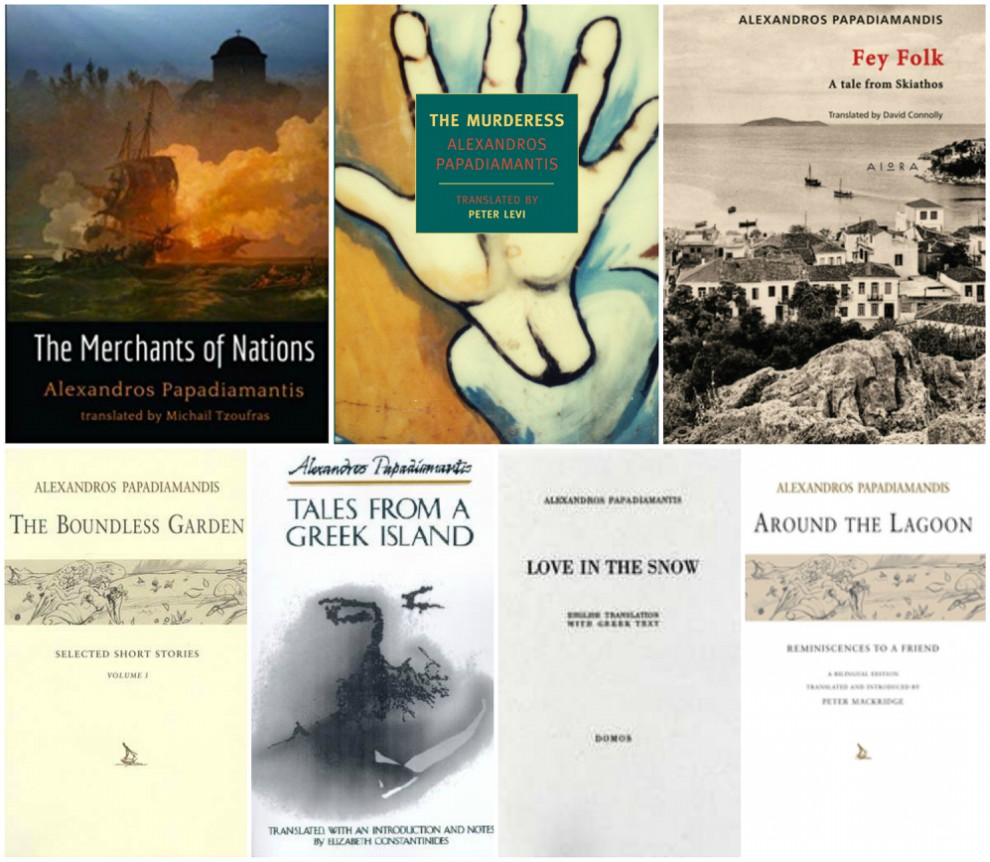 Papadiamantis' stories provide lucid and lyrical portraits of country life in Skiathos, or urban life in the poorer neighborhoods of Athens, with frequent flashes of deep psychological insight. The nostalgia for a lost island childhood is palpable in most of them; the stories with an urban setting often deal with alienation. Characters are sketched with a deft hand, and they speak in the authentic "demotic" spoken language of the people; island characters lapse into dialect. Papadiamantis' deep Christian faith, complete with the mystical feeling associated with the Orthodox Christian liturgy, suffuses many stories. Most of his work is tinged with melancholy, and resonates with empathy with people's suffering, regardless of whether they are saints or sinners, innocent or conflicted.

His work is considered seminal in Modern Greek literature: he is for Greek prose what Dionysios Solomos is for poetry. As Odysseus Elytis wrote, "commemorate Dionysios Solomos, commemorate Alexandros Papadiamantis". It is a body of work, however, that is virtually impossible to translate, due to the magic mixture of his language: elaborately crafted, high "katharevousa” for the narrative, interspersed with authentic local dialect for the dialogue, and with all dialectical elements used in the narrative formulated in strict “katharevousa”, and therefore in forms that had never actually existed.